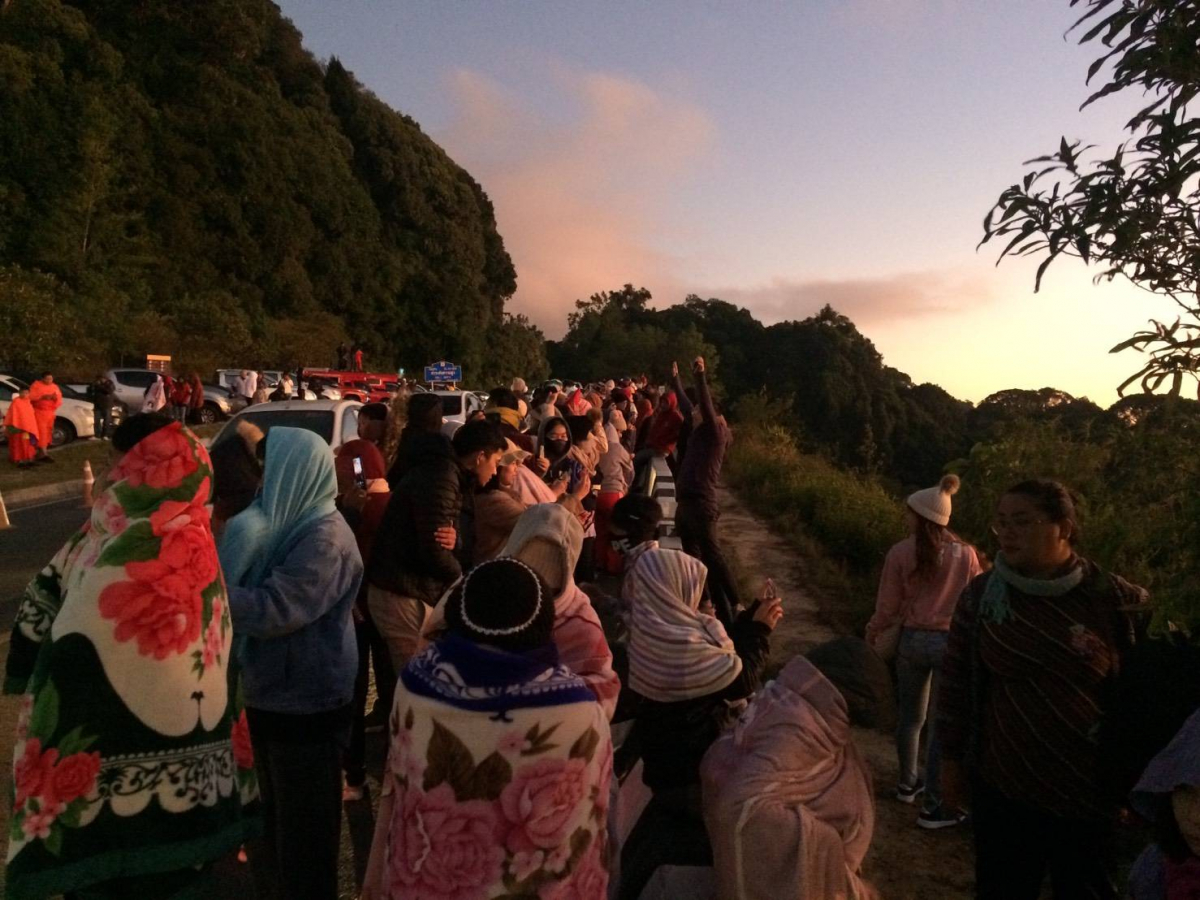 Chiang Mai Authorities Doi Inthanon Thailand’s highest peak say its is seeing upwards of 5,000 visitors per day, as temperatures drop, raising concerns about waste management and overseeing the safety of all visitors during peak season.

However, Doi Inthanon park authorities in Chiang Mai said that in the morning there were no signs of excess waste, and that visitors appeared to be depositing their waste in the appropriate bins.

Out of all the visitors, 99% are Thais, with only 26 foreign nationals registered as visiting yesterday. A total of 1,205 vehicles passed through the park gates and many more are expected this coming weekend.

Cool Season Will Be Cooler This Year

Mountaintops peeking from a sea of fog, while groups of aunties in jackets raise their arms to the sunrise – that’s how Thais are greeting lower temperatures this week, a sure sign that the Cool Season is indeed around the corner.

This year’s Thai-styled winter will be colder nationwide by an average of 1C, said Seree Supratid, director of the Climate Change & Disaster Center at Rangsit University – and you will feel it.

“Isaan will be colder than the north this year. That doesn’t mean we will see snow or anything like that, since on average we’re 1C cooler than last year. But people will feel the difference,” Seree said by phone. “That’s because it’s been so hot these past three years.”

2020 is a La Nina year, in which the sea surface temperatures in the equatorial Pacific are lower than normal, in contrast to El Nino, where the oceans are warmer for a part of the cycle.

Will Bangkok feel the drop? Will there be a glorious week of Europe-like weather? Yes, and yes.

“Oh, for sure there will be that cool weather period. It will feel cooler than average as well, since worldwide weather is quite unstable,” Seree told Khaosod.

The Thai “winter,” which began in late October, is expected to be gone at the end of February.

Rsk of contracting the flu

Meanwhile, Preecha Premfree, deputy director-general of the Department of Disease Control, said Monday that as temperatures drop, residents will be more at risk of contracting the flu, pneumonitis, diarrhea, measles, and hand, food, and mouth disease.

Preecha said that in 2020, about 113,000 people contracted the flu, a drop from 2019’s 396,000, which he attributes to the widespread habit of mask-wearing introduced by the coronavirus pandemic.