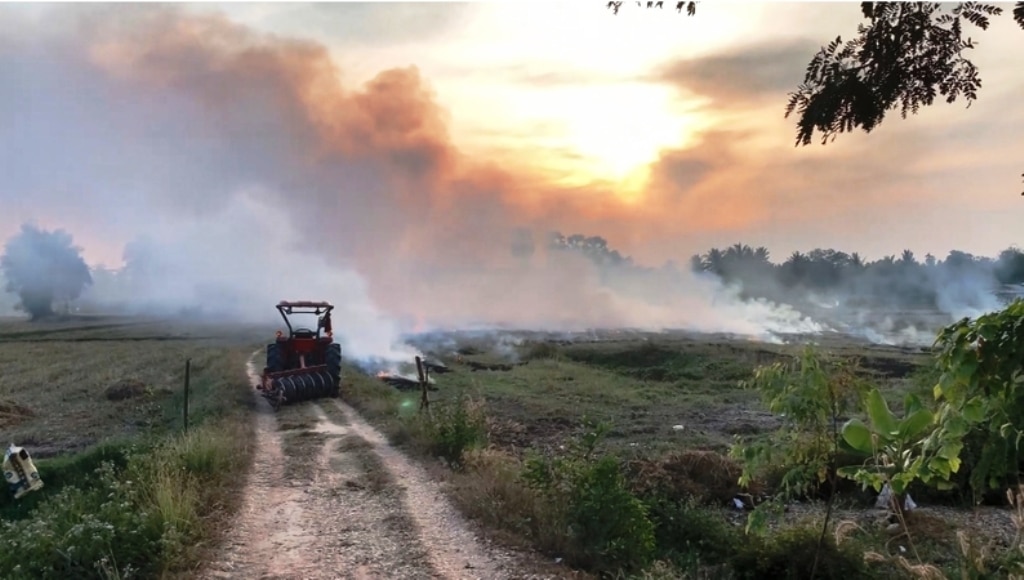 Thailand’s Agriculture and Cooperatives Minister has ordered subordinates to cope with field burning and promote alternatives to replace it in order to reduce hazardous PM2.5 dust particles in Northern Thailand.

In response to the order from Minister Chalermchai Sri-on, the Department of Agricultural Extension is campaigning in Northern Thailand against field burning and demonstrating environment-friendly ways to handle farm waste.

The department advised farmers to plow farmland under to cover agricultural waste by using machines that it is supplying.

The department has set up anti-field burning networks of farmers in 10 provinces of the Northern Provinces where farmland is normally burned. They are in Chiang Mai, Chiang Rai, Mae Hong Son, Lampang, Lamphun, Nan, Phayao, Phrae, Tak and Uttaradit provinces.

The World Health Organization (WHO) estimates that a third of all global deaths from stroke, lung cancer and respiratory diseases can be linked to air pollution. In some cities, breathing polluted air is as dangerous as smoking 25 cigarettes a day.

For people living in the north of Thailand, the start of the hot season heralds the onset of the summer smog and haze. It’s an annual problem and one which successive Thai governments have failed to solve.

The smoke pollution in the north of Thailand usually starts in February as the dry season starts to kicks in. Some years, the pollution is an issue for a handful of days, whilst other years it can drag on for weeks. The worst of the haze is usually over by early April.

The smog in northern Thailand is caused by a combination of factors. The burning of land is the main reason. Slash and burn farming techniques have been common over the centuries in the northern region of Thailand as well as neighbouring Burma and Laos.

Some years, the smoke from the fires lingers because of climatic conditions. Lower than usual humidity levels, lack of wind and higher than average summer temperatures can all combine to exacerbate the effects of the pollution. Because of the topography of north Thailand, the mountains tend to hem in the smoke which nestles in the valleys below.

Although legislation is in place to punish people who set fires illegally, the reality is that few people are caught or prosecuted. In years where the haze and smoke is severe, the Thai armed forces are drafted in to help put out some of the forest fires. Cloud seeding is also used under the direction of the Royal Rainmaking Project.

Unhealthy Levels of PM2.5 Dust has Begun to Worsen in Chiang Mai

Pickup Loaded with Workers Crashes into House in Northern Thailand