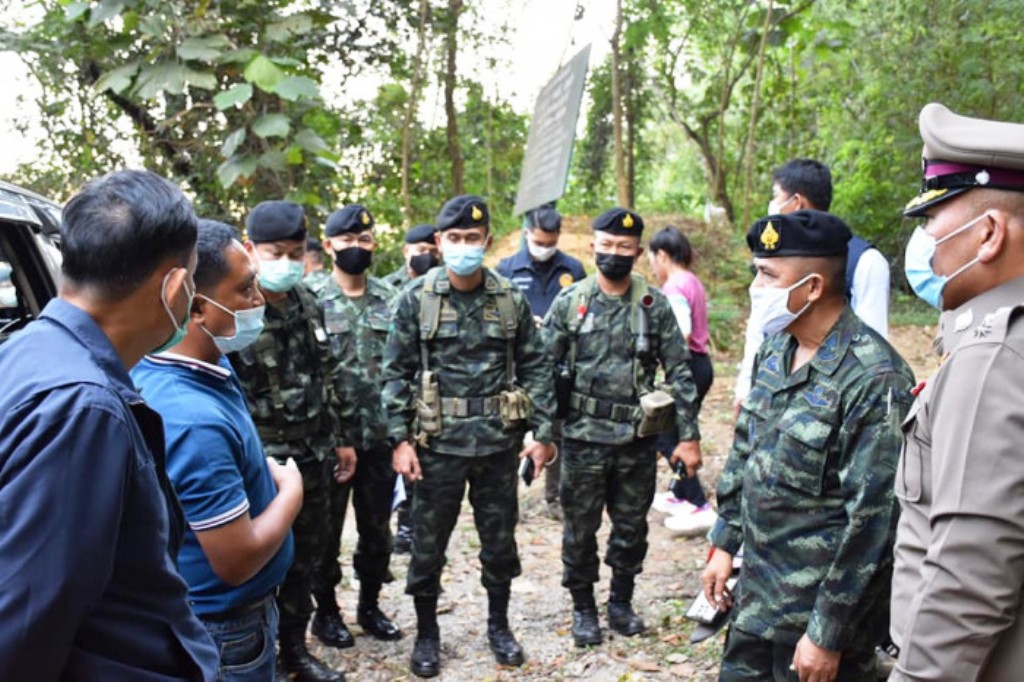 Third Army commander Lt Gen Apichet Suesat has told Thai workers in Myanmar not to cross natural borders in northern Thailand. Saying Thais working in Myanmar who wish to return home should do so only through two permanent border checkpoints, in Chiang Rai’s Mae Sai and Tak’s Mae Sot district.

They must also go immediately into state quarantine to prevent the spread of Covid-19, into the Kingdom and infecting fellow citizens. He said it was extremely reckless and selfish of Thai entering the Kingdom and avoiding quarantine.

Lt Gen Apichet was responding to reports of Thais using unofficial crossings and re-entering the country without reporting to authorities or going into quarantine, sparking fears they could be infected in Myanmar and spread the virus in Thailand.


A woman infected with Covid-19 in Myanmar is feared to be a super-spreader in Chiang Mai, and there are two new coronavirus cases in Chiang Rai, both women who crossed the border illegally and had worked at the same entertainment venue in Myanmar, the Bangkok Post reported.

“I understand that Thais working in Myanmar are afraid they could be infected, causing some of them to have sneaked across the border.

Please bear in mind that as Thai nationals you can return home via permanent checkpoints. You go into state quarantine, either in Mae Sot or Mae Sai. You should not enter the country via illegal channels. Above all because we will then not be able to contain the spread of the virus”, Lt Gen Apichet said.

The 3rd Army chief said he had ordered the Pha Muang Force to step up patrols along the border to prevent illegal crossings.

Meanwhile, Chiang Rai has recorded two new covid-19 cases both women who crossed the border illegally and worked with a Chiang Mai woman feared to be a super-spreader in Chiang Mai.

All three women worked at the same entertainment venue on the Myanmar side of the border.

Both worked at the same entertainment venue in Tachilek as the 29-year-old Covid-19 positive woman who sneaked across the border last Tuesday, caught a bus to Chiang Mai and visited a shopping mall and a bar while showing symptoms of the disease.

All three went to work in the Myanmar border town last month, but decided to return to Thailand after Myanmar authorities imposed a curfew from midnight to 4am in a bid to contain an outbreak of Covid-19.