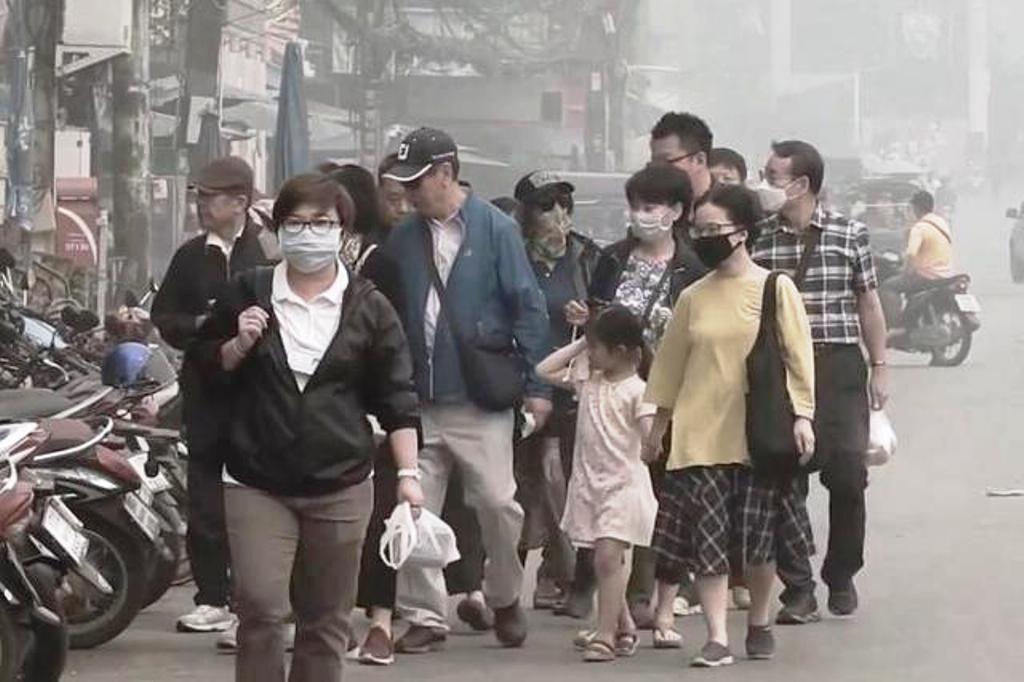 The command centre for PM2.5 pollution prevention in northern Thailand has said air quality levels in certain areas will remain “unhealthy for sensitive groups” or “unhealthy” for the general public due to weak winds.

People with poor health are advised to wear face masks when going outside and avoid going outdoors for extended periods. Outdoor activities should be avoided if PM2.5 readings exceed 51 micrograms per cubic meter.

The so-called “safe” threshold of the Pollution Control Department is 50µg/m³.


Northern Thailand’s Chiang Mai has been ranked among the planet’s three worst cities for air quailty since the start of March. The city also ranked as the third most air-polluted city in the world on March 3, with an average PM2.5 dust level higher than 200.

Local authorities revealed that the poor air quality situation had caused approximately 30,000 people to seek hospital treatment because of respiratory illnesses over the past three months.

A total of 31,788 patients suffered from air pollution-related illnesses from January to March 5, said Dr Suwanchai Wattanayingcharoen, director-general of the national health department.

Particulate matter smaller than 2.5 micrometers in diameter (PM2.5)– exceeded the safe level in 20 provinces, the Air Quality and Noise Management Bureau detected on Saturday at 7am
The safety level for Thailand has been set at 50 micrograms per cubic metre (µg/m3). The provinces with high air quality pollution included: Chiang Rai; Mae Hong Son; Chiang Mai; Nan; Phrae;Uttaradit; Sukhothai; Phitsanulok; Kamphaeng Phet; Nong Khai Loei; Nakhon Phanom; Sakon Nakhon; Khon Kaen; Kalasin; Roi Et; Chaiyaphum; Ubon Ratchathani; Nakhon Ratchasima and Buriram.
The bureau added that the PM2.5 range in the North was between 35 to 145µg/m3, between 50 to 73µg/m3 in the Northeast, between 9 to 32µg/m3 in the Central and West, between 12 and 19µg/m3 in the East, and 9 to 22µg/m3 in the South.
The range of air pollution in Bangkok and its vicinity was between 13 to 35µg/m3.