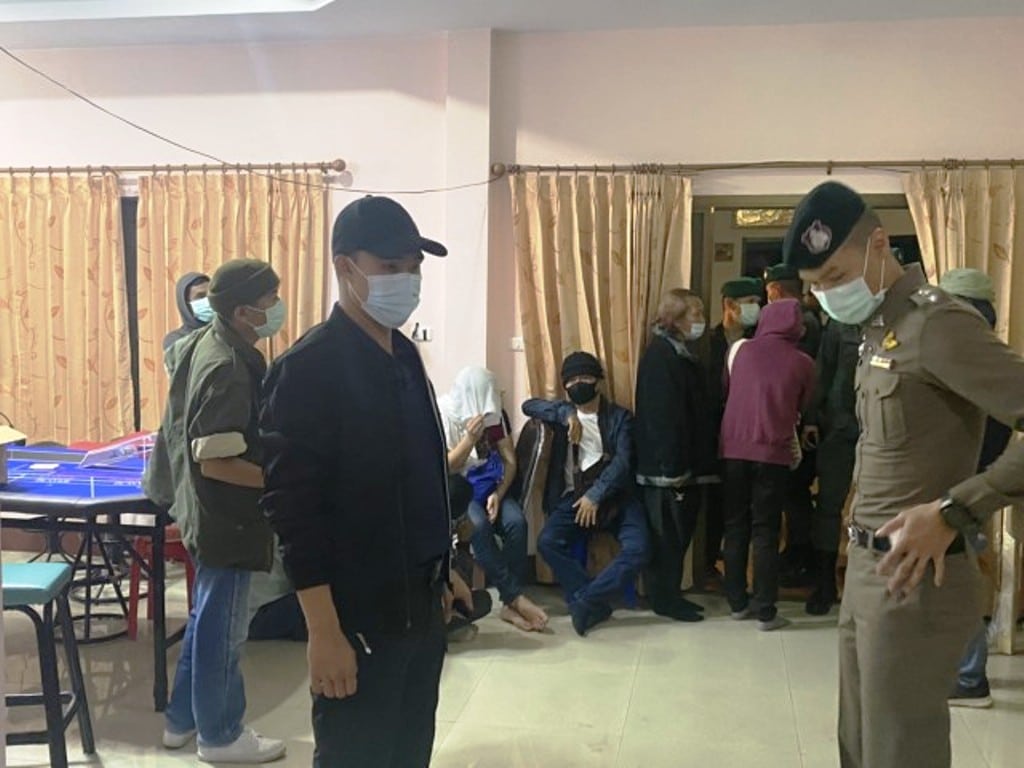 Thirty-four gamblers were arrested in a police raid on a luxury resort in San Sai district of Chiang Mai, Thailand late on Saturday night. The raid, which took place at about 9pm, was led by Pol Maj Gen Pichet Jiranantasin, the provincial police chief.

When a police team broke into the resort, they found 34 people inside the building playing baccarat. The gamblers, also included four Cambodians, that were arrested.

The police seized numerous items, including 29 sets of cards, 60 chips, a Baccarat table and two computers.

Twenty-six slot machines on the ground floor of the building were also seized. An investigation revealed that the gambling den had begun operations only two days previously.

The gamblers were initially charged with violating a provincial order banning gatherings at crowded places issued under the emergency decree for administration in emergency situations. Prime Minister Prayut Chan-o-cha says he is now considering legalizing gambling an action that has been opposed for decades in the Kingdom. Much of Thailand’s recent coronavirus outbreaks have been linked to a number of illegal gambling dens.

Due to constant occurrence of gambling dens its has prompted suggestions that legalizing gambling would be a more practical approach. Especially in containing the spread of Covid-19 at spread at illegal gambling dens.

Gen Prayut recently admitted it was hard to curb gambling and has now said he is open to holding public discussions about the pros and cons of legalizing gambling. Even though he opposes gambling personally.

In his capacity as chairman of the Centre for Covid-19 Situation Administration (CCSA), on Friday he said it was time to begin discussing the possibility of legalizing gambling in Thailand.

The PM also said the key question was whether legalized gambling would be considered morally correct by most Thais since not everyone considered gambling acceptable.