31 Provinces in Thailand Warned to Brace for Severe Drought
Advertisement 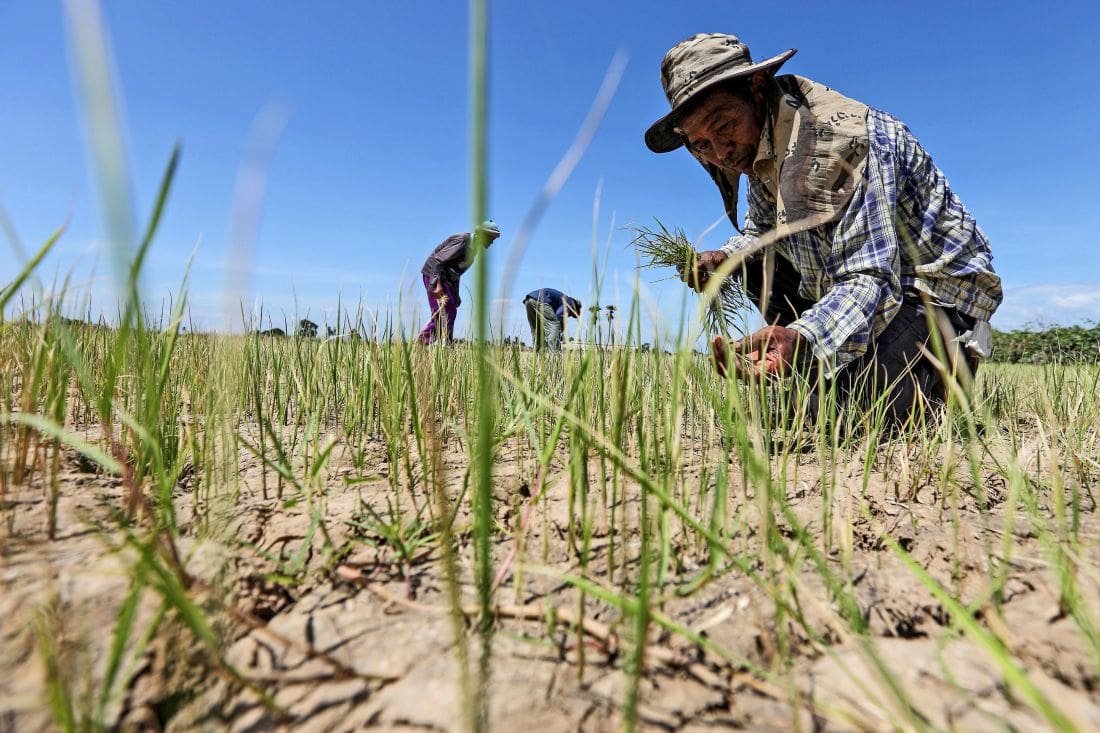 The Provincial Waterworks Authority (PWA) have warned 31 provinces including Chiang Rai to prepare for severe drought this year. The Government Spokeswoman, Prof. Dr. Narumon Pinyosinwat, said the Prime Minister received a report that the water level in the Mekong River is at its lowest level since 1992.

The river’s level in Chiang Rai and Loei provinces has increased slightly, but is expected to decrease in the next few days. Lower water levels are also expected in Nong Khai, Mukdahan and Ubon Ratchathani provinces.

The facilities have already begun digging wells to tap underground water as an alternative source, because of drought. The Royal Irrigation Department (RID) is assisting efforts to dig 524 wells across Thailand’s 32 outer provinces.

The Prime Minister has also ordered relevant agencies to distribute water to people in drought-hit areas. Also to locate underground water sources quickly. Due to drought farmers are encouraged to delay their planting. And also follow the guidance of local officials. Members of the public are encouraged to use water sparingly.

The Office of National Water Resources has warned Chiang Rai and 7 other lower Mekong provinces to brace for a decrease in water levels. Because the Jinghong dam in China is expected decrease of water outflows.

China’s Ministry of Water Resources, the tests will see water outflows from the dam reduced from 1-3, the ONWR said.

The volume of water discharge will be further reduced on Jan 4, before it returns to its original levels. As a result water levels along the Mekong are likely to drop by around 40-60 centimeters in the initial stages of the test.

ONWR secretary-general, Somkiat Prajamwong said when outflow is restricted water levels are likely to dip by a further 30-50cm on the Mekong.

According to Mr Somkiat, Chiang Rai will start see water levels drop between Jan 2-5, while Ubon Ratchathani will see the impact between Jan 16-19.

Furthermore the tests also come during a period of severe drought across Thailand.

Man Jumps to His Death from Chiang Mai Suspension Bridge