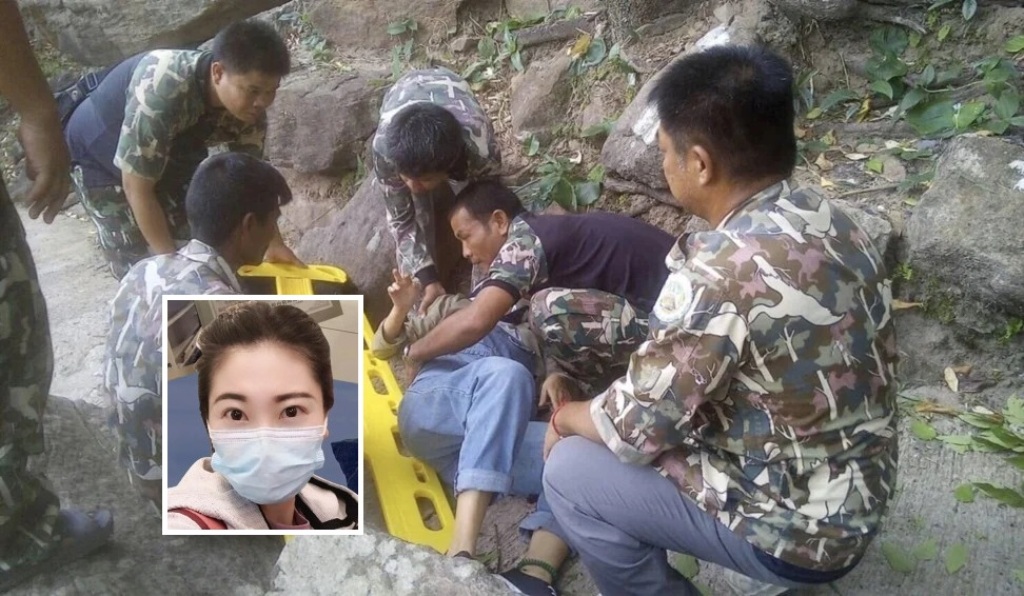 “Go to hell” were the last words a pregnant woman  heard before her husband pushed her off a cliff in northeastern Thailand, where he had supposedly taken her to see the sunrise on June 9, 2019.Three months pregnant Wang Nan hit a thick layer of trees before slamming into a rock in Pha Taem National Park.

She lay in agony for half an hour before a tourist found her and she was rushed to a local hospital.

In the lead up to the attack her husband Yu had been pressuring Wang for money to pay his gambling debts, the attempted murder was a desperate bid to obtain her wealth, a Thai court later heard. Wang had been running her own business trading goods between China and Thailand before the two married two years earlier.


Wang Nan miraculously survived, but was left with 17 bone fractures, most of which were untreated at the remote and busy hospital she was initially taken to and have now become deformities. She still has three metal plates inside her body and depends on her parents for support.

She was forced to terminate her unborn baby because of the large doses of medication she had to take following the attack. She has also had to endure one surgery after another and has struggled to rebuild her strength with physiotherapy between operations.

The past two years have been “an endless repetition of surgery and rehabilitation”, said the 33-year-old woman, who made her way home to Nanjing three weeks after the attack in the summer of 2019.

“I have healed mentally, but not physically… There’s such a gap between my mind and body now,” she told Asia One. 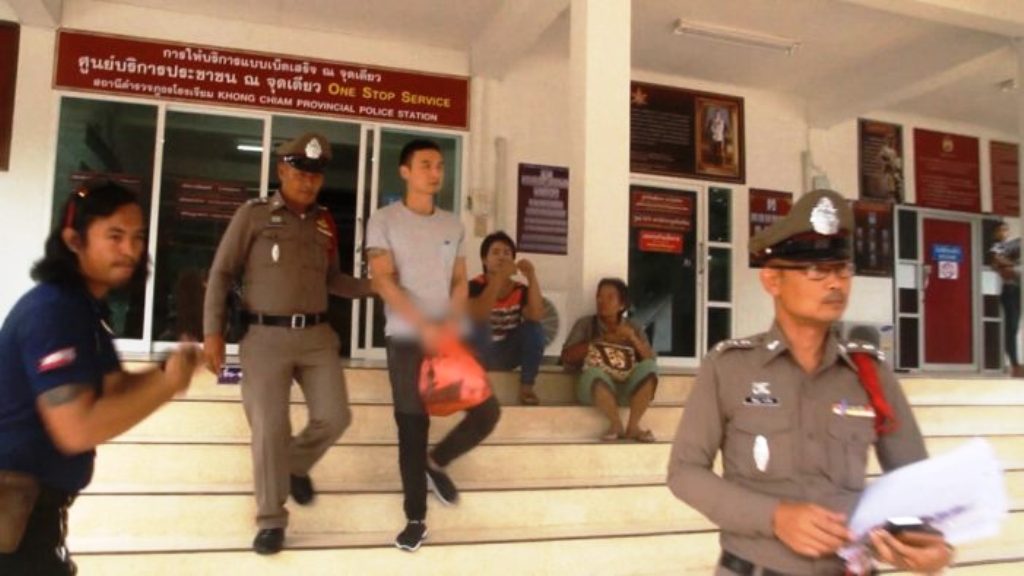 Husband sentenced to life in prison

A court in northeastern Thailand’s Ubon Ratchathani province sentenced Yu to life imprisonment and ordered to pay compensation of about 1.1 million yuan (S$230,000) in March last year. He has appealed and a second hearing is ongoing.

“I want the most severe punishment for him. He hurt his wife and his child… To some extent, my baby was killed by him,” Wang said.

While recovering Wang has shared her experience in the media and online through social media videos and warned other women against evil in life.


“After my story was reported, many people found it unbelievable. They were shocked that a human being can be so evil,” she said.

Wang and Yu got married in July 2017, just two months after meeting each other in Bangkok. Wang recalls Yu proposing to her almost every day.

Yu picked her up after her Thai language class every day for a week, before writing her a lengthy letter expressing his affection, saying she was the one he wanted to spend the rest of his life with.

“I had been anticipating marriage and having a family. When he offered such possibilities I suddenly saw a bright future… I only realized later that he had gone through my Wechat moments in the previous three years and learned this mentality of me,” she said.

“Every morning he knocked at my door and prepared different kinds of breakfast for me … when we hung out, he always paid the bill before I wanted to. He appeared to not only have good taste but also to be financially independent,” she said, ”all my friends spoke highly of him. He was a very thoughtful person and was good at taking hints.” 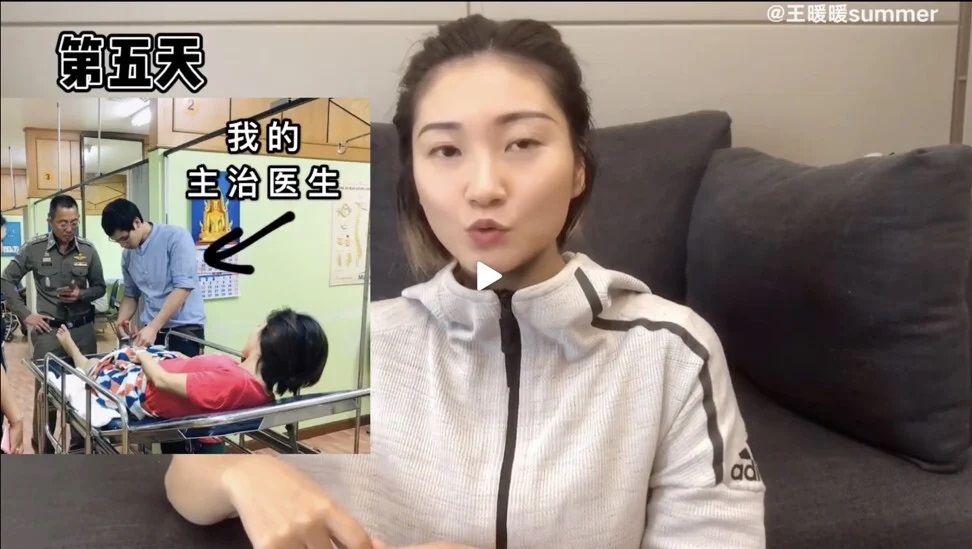 In the two years following, however, she came to realize her husband was broke, unwilling to work and was using her for money; he repeatedly pressured her to pay off his gambling debts, which at first she did.

Their relationship deteriorated further when Yu asked her to pay a 2 million yuan debt in early 2019. Fed up, and hoping he would be forced to take some responsibility, this time she paid only half the amount and insisted he take care of the rest.

“It’s probably then that he decided to get the money by killing me,” Wang Nan recalled in one online video.

Her fall was initially treated as an accident, as Yu pretended he was away when Wang fell and threatened to kill her if she spoke out.

“Shut up. Don’t shout. No one can understand Chinese here. There was neither a surveillance camera nor a witness. The police would only take me away for inquiry. When I’m back I won’t let you off,” were his first words to her when he next saw her in hospital.

Terrified, Wang Nan said nothing of what really happened and pretended to go along with Yu who seemed to never leave her bedside. It was not until the fifth morning after the attack that Yu finally let down his guard and went out for breakfast. Wang seized her chance and told a doctor at the hospital her fall had been no accident.

Then, realizing she needed proof he had tried to murder her, she enlisted the help of a friend who visited Wang in the hospital and managed to secretly record a conversation between the couple, where Yu admitted he pushed her. This became the crucial piece of evidence that eventually sent him to jail, she said.

“I came forward because I want other women to learn from me. You might have never seen such kind of people before, but after learning my story you should stay alert. If you have similar experiences you should end the relationship in time,” she said.