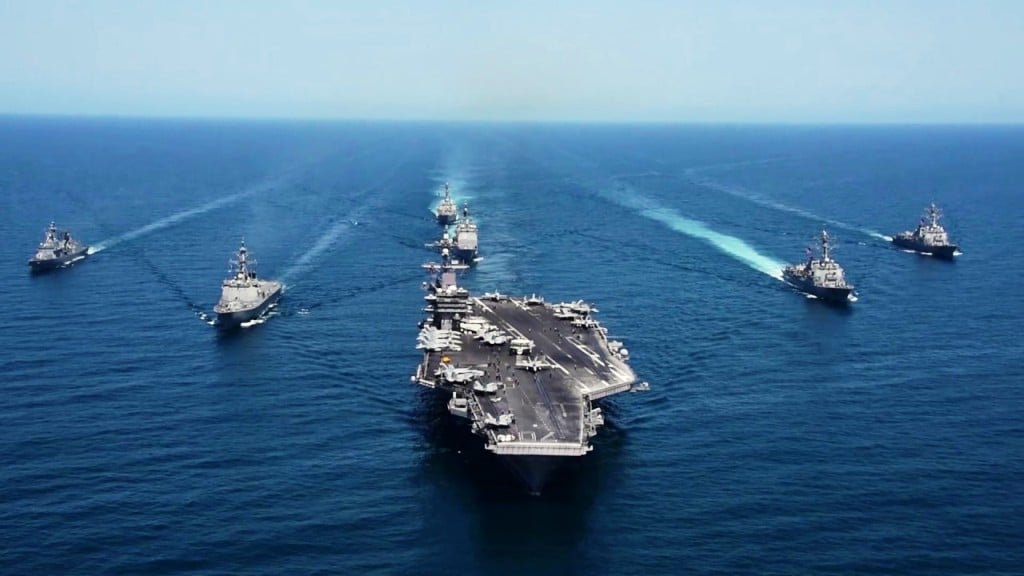 Only days after his inauguration US President Joe Biden has ordered a US carrier group into the South China Sea at amid tensions between China and Taiwan have raised major concern in Washington.

The US aircraft carrier group led by the USS Theodore Roosevelt has entered the South China Sea to promote “freedom of the seas”.

US Indo-Pacific Command said in a statement the strike group entered the South China Sea on Saturday. The same day Taiwan reported a large incursion of Chinese bombers and fighter jets into its air defence identification zone in the vicinity of the Pratas Islands.

The US military said the carrier strike group was in the South China Sea, a large part of which is claimed by China, to conduct routine operations “to ensure freedom of the seas, build partnerships that foster maritime security”.

“After sailing through these waters throughout my 30-year career, it’s great to be in the South China Sea again, conducting routine operations, promoting freedom of the seas, and reassuring allies and partners,” Rear Adm. Doug Verissimo, commander of the strike group, was quoted as saying.

“With two-thirds of the world’s trade travelling through this very important region, it is vital that we maintain our presence and continue to promote the rules-based order which has allowed us all to prosper,” Verissimo said in the statement.

The announcement comes just days after Joe Biden was sworn in as US president.

Biden’s nominee for secretary of state, Antony Blinken, told his Senate confirmation hearing on Tuesday there was “no doubt” China posed the most significant challenge to the United States of any nation.

China has repeatedly complained about US Navy ships getting close to Chinese-occupied islands in the South China Sea, where Vietnam, Malaysia, the Philippines, Brunei and Taiwan all have competing claims.