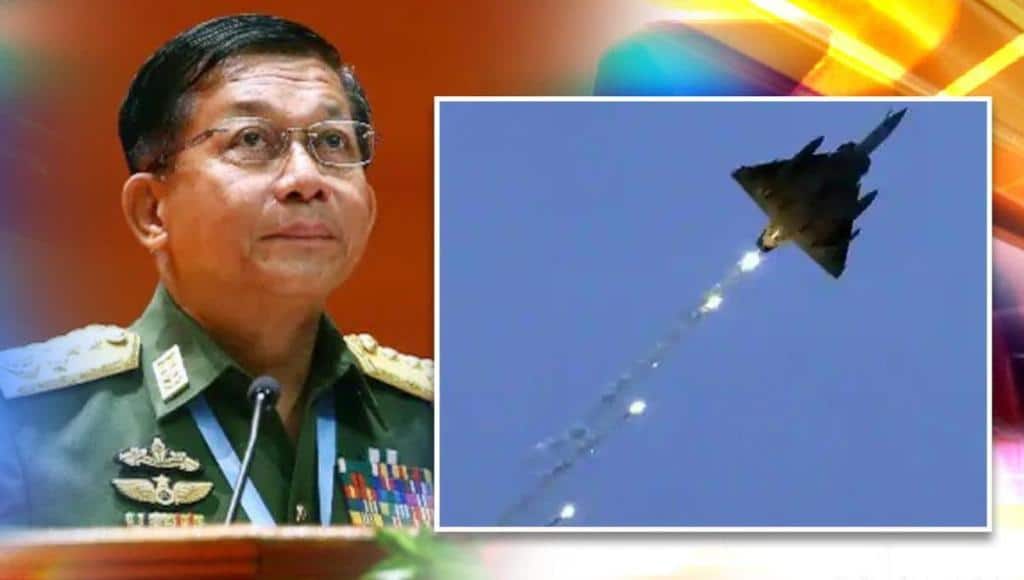 Myanmar’s military launched air strikes on five areas in Mutraw district, near the border, including a displacement camp, the Karen Women’s Organization said.

“At the moment, villagers are hiding in the jungle as more than 3,000 crossed to Thailand to take refuge,” a statement from the group said. Reuters reports about 3,000 had reached Mae Hong Son.

Thai authorities did not immediately respond to requests for comment.

At least two soldiers from the Karen National Union were killed, said David Eubank, founder of the Free Burma Rangers, a relief organization.

Support from China and Russia

“We haven’t had air strikes there for over 20 years,” Eubank said. “Second, these were at night, so the capability of the Myanmar military has increased with the help of Russia and China and other nations, and that is deadly.”

The KNU, the armed ethnic group that controls the southeastern region, said fighter jets attacked Day Pu No in Papun district, an area held by its Brigade 5 forces, at around 8pm, forcing villagers to flee.

“They bombed the area… The villagers from that area said two dead and two injured,” a spokesperson for civil society group Karen Peace Support Network said, adding that communication was difficult in the remote region and there could be more casualties.

A spokesman for the junta did not answer phone calls seeking comment.

The reported air assault is the most significant attack for years in the region. The KNU had signed a ceasefire agreement in 2015 but tensions surged after the military overthrew Aung San Suu Kyi’s civilian government on Feb 1.