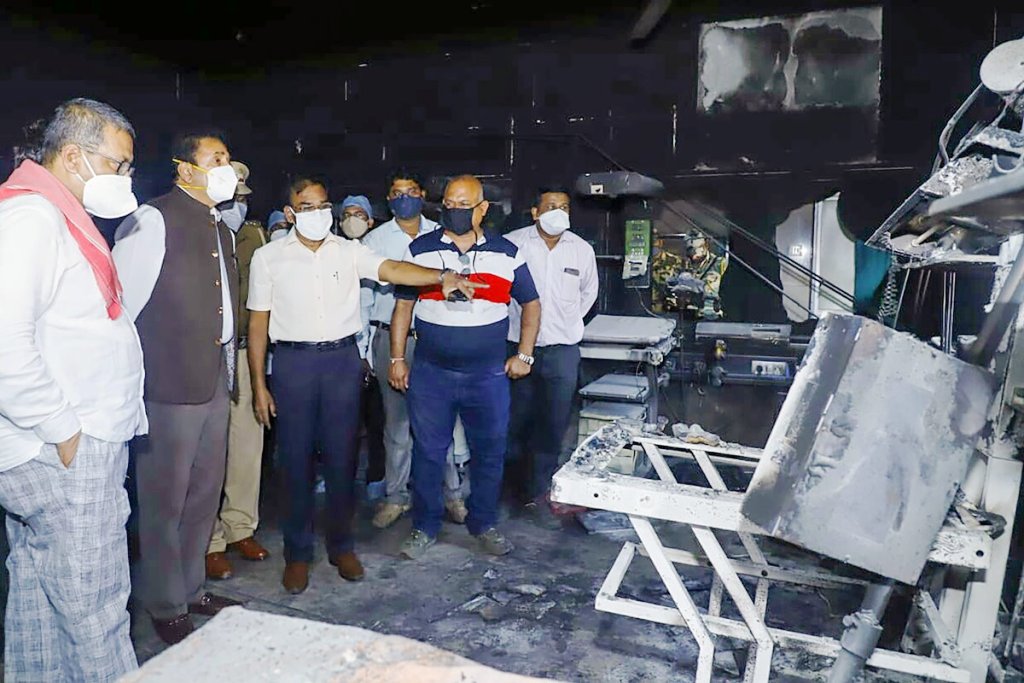 Ten new born babies were killed after a fire raged through a hospital the India state of Maharashtra early on Saturday. Hospital staff managed to rescued seven of the newborn infants at the Bhandara district hospital but were beaten back before they could reach other 10, a senior doctor, said.

All of the new born babies who died were aged between a few days and three months, according to reports.

“The cause of the fire is not known yet but our staff extinguished the fire as soon as they could. The smoke led to the babies suffocating,” the senior doctor said. Nurses on duty noticed a fire coming from the hospital’s neonatal unit and raised the alarm.

The fire brigade stopped the blaze from spreading to other parts of the hospital and other patients were moved to safety.

Indian Prime Minister Narendra Modi mourned the incident on Saturday morning. “Heart-wrenching tragedy in Bhandara, Maharashtra, where we have lost precious young lives. My thoughts are with all the bereaved families. I hope the injured recover as early as possible,” he wrote on Twitter

Heartfelt condolences to the families

The office of India’s President Ram Nath Kovind also tweeted in Hindi, “I am deeply saddened by the untimely death of infants in a fire accident in Bhandara, Maharashtra. My heartfelt condolences to the families who lost their children in this heartbreaking event.”
Home Minister Amit Shah said in a tweet that he was “pained beyond words” by the “irreparable loss.”
The country’s Health and Family Welfare Minister, Harsh Vardhan, said he was in touch with Tope about the incident.

Authorities also ordered an immediate inquiry into the latest disaster to raise doubts about safety in Indian hospitals. More than 90 people died in an inferno in a Kolkata hospital in 2011.

A fire at a hospital in Ahmedabad, India in August killed eight coronavirus patients. Another five Covid-19 patients died in a blaze in a clinic in Rajkot in November.

The supreme court also called for a report on safety in coronavirus hospitals because of the incidents.