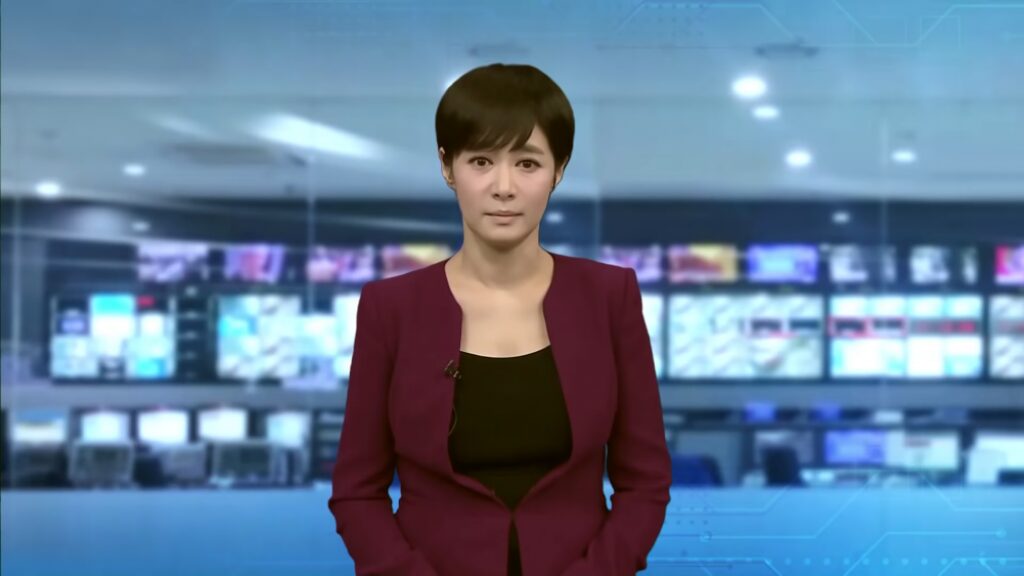 According to media reports, MBN collaborated with MoneyBrain and based the AI news anchor on Kim Joo-ha. They processed previous recordings of Kim’s, making notes of her voice, tone, facial expressions and gestures.

The high-end technology can not only create the life-like animation but also share up to 1,000 words every minute.

In addition, reports said that a writer would come up with the news for the day and send the content to the managing producers, who would then add in subtitles and videos, accordingly.

After it’s completed, they would upload the project to let the AI news anchor showcase her skills on air.

This way, quick news delivery can be even more effective and can save time and resources all in one take, an MBN official said.

Equipped with machine learning, the new service will rate whether the news has a positive, negative or neutral effect on stock prices. Korea Investment’s customers will be able to read the content in the securities firm’s online reports beginning July 1.

Customers will also be able to access AI-based information on listed companies for which reports are not issued.

Korea Investment’s new technology-based service is set to be unveiled amid the brokerage’s focus on digital transformation.

With less analysts, the research center is coming up with ways to fill in the vacancies with AI-based services. Korea Investment ranked No. 1 among local securities firms in earnings last year, making a record 709.9 billion won in net profit.