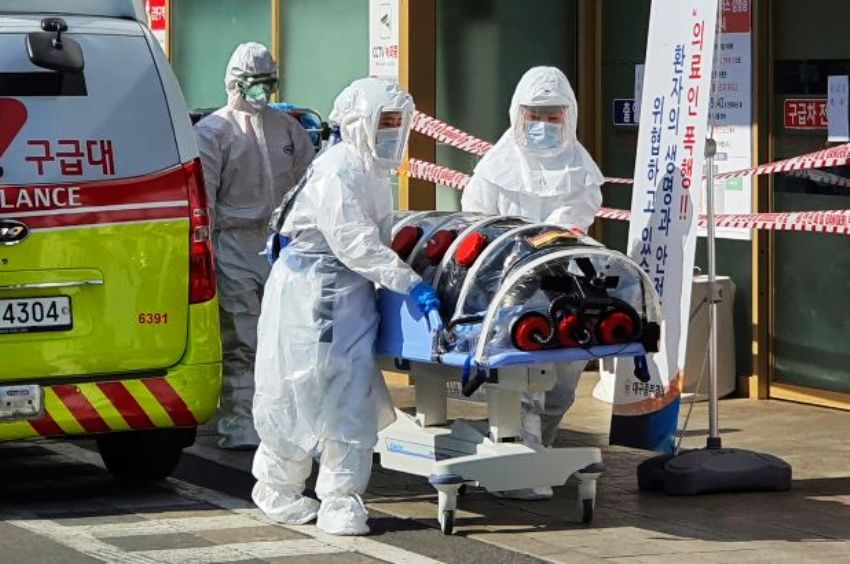 South Korea reported 142 more coronavirus cases on Saturday (Feb 22) morning, bringing the nationwide total to 346. Among the latest cases, 92 were connected to a hospital in Cheongdo. The Korea Centres for Disease Control and Prevention said in a statement yesterday.

South Korea has has rushed to contain the coronavirus from spreading any further, Asia One reports. Also reporting the Prime Minister said the nation had an emergency on its hands as the number of infections swelled.

Experts warn that the figure could jump further in south-eastern city Daegu. The epicentre of local transmissions originating from the Shincheonji Church of Jesus. More than 500 church members – out of 4,400 surveyed – are showing symptoms such as fever. Daegu and nearby Cheongdo have been designated as “special care zones” after a sudden spike in cases there.

Both deaths from the virus in South Korea have been recorded at the Cheongdo Daenam Hospital. Furthermore five nurses also tested positive for the virus. A second death from the coronavirus was, reported yesterday. The death was that of a 54-year-old woman warded at the hospital.

Prime Minister Chung Sye-kyun has called the current situation an “emergency” as he urged concerted efforts by the central government, municipal governments and medical sector to fight the virus.

“So far, we have been focused on curbing infections coming from overseas. From now on, our priority will be to prevent the virus from spreading locally,” he said.

Daegu Mayor Kwon Young-jin has urged the city’s 2.5 million residents to refrain from going outside. Even more to stop attending gatherings and religious activities.

The Shincheonji church members are known to have close contact during a service with a coronavirus Patient. The 61-year-old Korean woman tested positive for the virus on Tuesday. She also had no recent travel history and no contact with previous cases. She has been labelled a “super spreader”.

The mayor also raised concern that the city’s hospitals may hit their maximum capacity soon. Some patients have already been moved to normal wards, according to local reports.

“We will consult with the health authorities regarding national measures such as the use of military hospitals and designation of hospitals specializing in infectious diseases,” the mayor said.

Capital city Seoul, meanwhile, has banned rallies in three popular public spaces and closed down local branches of the Shincheonji church and 3,000 social welfare facilities. Tapgol Park, where the elderly like to gather, has been closed. There are 20 confirmed cases in Seoul, South Korea.