On Monday Myanmar forces launched air strikes against one of the country’s largest rebel groups stoking fears of a full-fledged civil war.

Myanmar’s armed ethnic groups, which control large swathes of the country, on Tuesday threatened to enter the conflict and “fight alongside the people” if the junta continued to attack protesters, with security forces firing into funerals, bodies being burnt and dozens of children losing their lives.

The Karen National Union, which controls an area in the southeast along the border with Thailand, confirmed Monday that approximately 10,000 residents fled their villages after the Myanmar military conducted air strikes that killed three people.


The fighter jets came out in retaliation for an attack by ethnic Karen rebels on a base of Myanmar’s national army, or Tatmadaw, in which 10 soldiers were killed and another eight were arrested.

The attacks came on the same day at least 114 people were killed in clashes with the military and police in the deadliest weekend since the Feb 1 coup. The killings sparked condemnation from governments worldwide.

Myanmar’s death toll has now exceed 500 people over the past two months and the prospect of a wider fight with potentially dozens of armed militias may mean even worse bloodshed.

“There is a distinct possibility of mass demonstrations cascading into civil war or inter-state war,” said Lee Morgenbesser, a lecturer at Australia’s Griffith University whose researches Southeast Asian politics.

“Given the sometimes porous nature of Myanmar’s borders, along with the fact that the armed ethnic groups are not subject to state authority, it is likely that the crisis spills across international borders.” 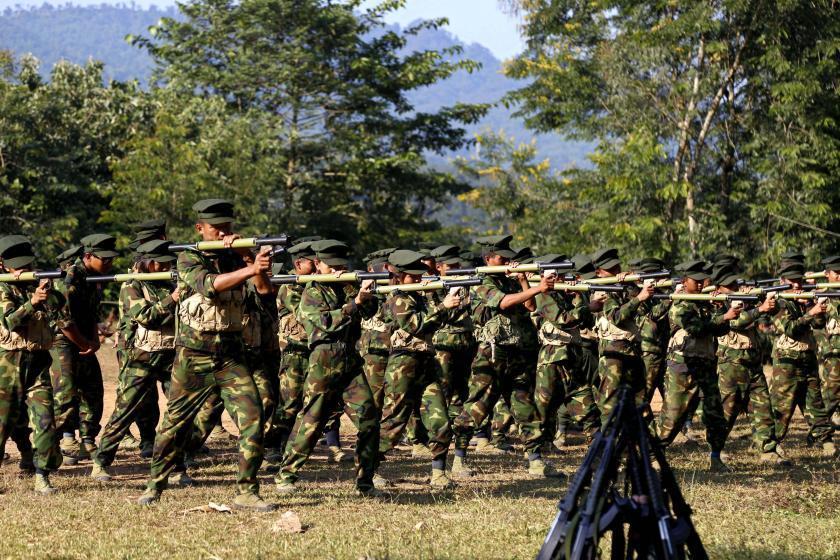 Protesters and key allies of detained civilian leader Aung San Suu Kyi have called on Myanmar’s numerous armed ethnic groups to band together to face down a common enemy, “Myanmar’s Generals.” On Sunday, the Kachin Independence Army. Another armed group that has urged the military to end its crackdown on demonstrators, launched deadly attacks on at least four police battalions in Kachin State, according to Myanmar Now.

Myanmar has hundreds and possibly thousands of armed militias in a country where the state recognises 135 distinct ethnic groups. Of those, around 20 ethnic armed groups have both political and military wings.


A parallel administration set up by members of Suu Kyi’s allies, known as the Committee Representing Pyidaungsu Hluttaw, or CRPH, has agreed with the major ethnic groups on the need for a unity government that would compete for legitimacy with the junta, according to Sasa, who goes by one name and describes himself as the envoy representing Myanmar’s ousted parliament to the United Nations.

The CRPH is working with several ethnic groups on writing the text of a new constitution, Sasa said in an interview last week, without naming them. It would include progress toward a longstanding goal of a federal army that would allow the ethnic minorities to retain their own armed forces, he said.

A federal army has “become essential”, Sasa said, adding that rank-and-file soldiers could join the new organization instead of suppressing demonstrations under General Min Aung Hlaing. “The government that we are going to form in April is going to be called the National Unity Government, so we’d like to as inclusive as possible,” he said. 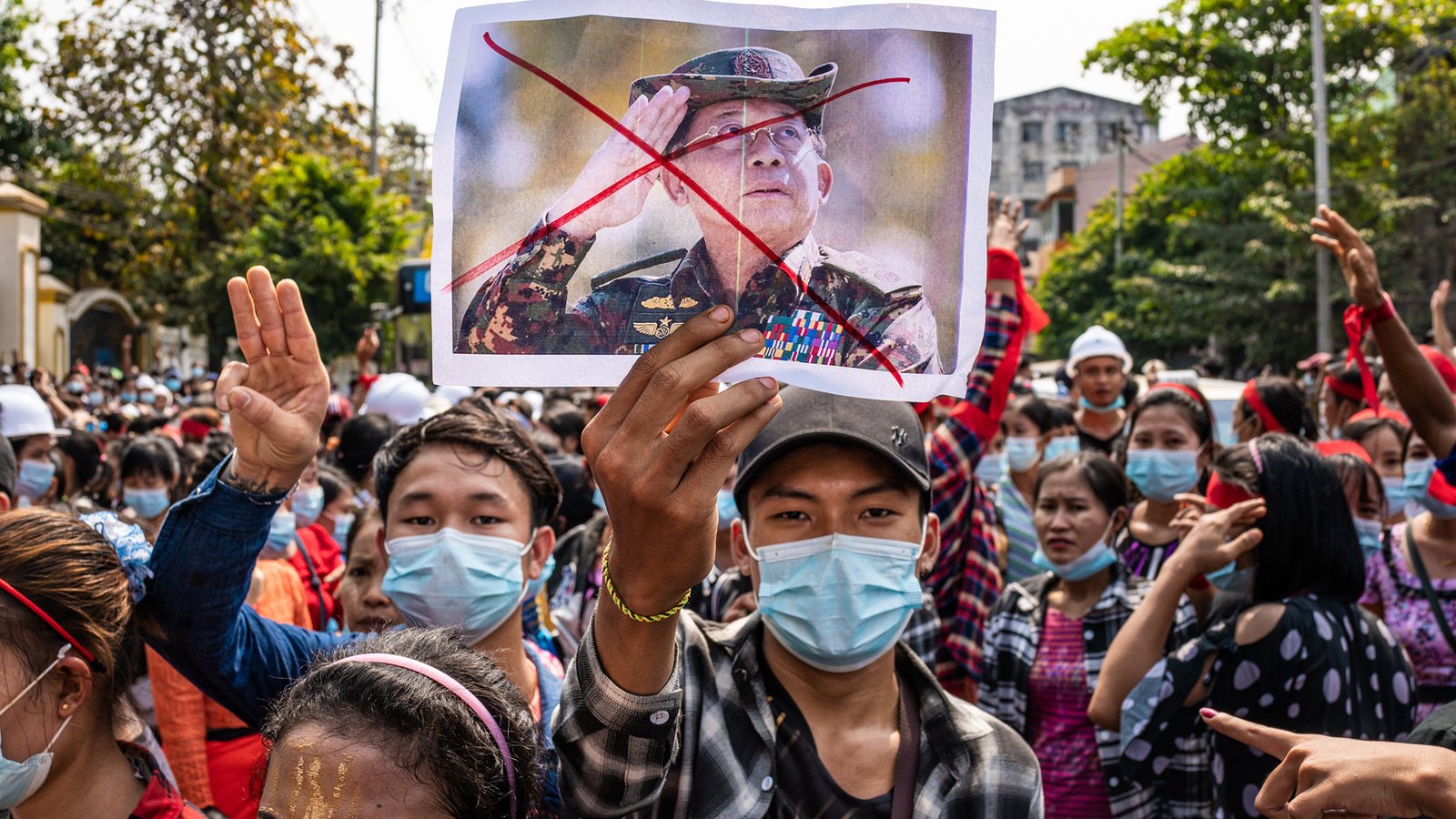 Meanwhile, coup leader Gen Min Aung Hlaing has sought to reach out to various ethnic armies to prevent them from joining together. The Karen National Union has said it had received an invitation to meet with Gen Min Aung Hlaing, it only plans to do so if he meets a series of demands that included transferring power to a National Unity Government.

In a separate statement Tuesday, three other major ethnic armed groups including the Arakan Army said they would join protesters in what they call a “spring revolution” against Gen Min Aung Hlaing if he doesn’t stop the killings immediately or meet calls to restore democracy.

“Our Brotherhood Alliance is now reviewing the non-ceasefire agreement following acts of Gen Min Aung Hlaing after the coup,” the groups said in a statement. “We will continue to cooperate with other organisations for border stability, Covid-19 containment, people’s safety and international anti-terrorism acts.”

This week a dozen defence chiefs from North America, Europe and the Asia Pacific jointly condemned the use of lethal force against unarmed people.