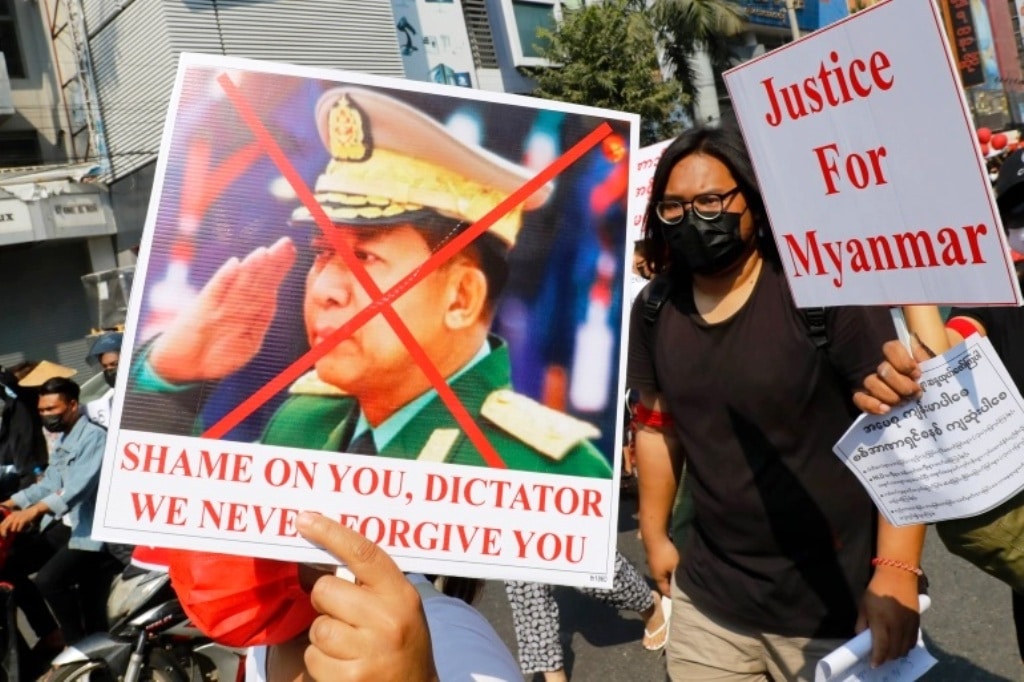 Myanmar’s Generals say they are ready to withstand sanctions and isolation after its coup, a top United Nations official said on Wednesday as she urged countries to “take very strong measures” to restore democracy in the Southeast Asian nation.

UN special envoy on Myanmar Christine Schraner Burgener said 38 people died on Wednesday –– the most violent day since the coup –– as the military quelled protests. Schraner Burgener is due to brief the UN Security Council on Friday.

Myanmar has been in chaos since the army seized power and detained elected government leader Aung San Suu Kyi and much of her National League for Democracy (NLD) leadership. The NLD won an election in November in a landslide, which the military said was fraudulent. The election commission said the vote was fair.

Schraner Burgener told Reuters that in conversations with Myanmar’s deputy military chief Soe Win, she had warned him that the military was likely to face strong measures from some countries and isolation in retaliation for the coup.

“The answer was: ‘We are used to sanctions, and we survived’,” she told reporters in New York. “When I also warned they will go in an isolation, the answer was: ‘We have to learn to walk with only few friends’.”

Western countries, including the United States, Britain, Canada and the European Union, have implemented or are considering targeted sanctions to squeeze the military and its business allies.

The 15-member UN Security Council has voiced concern over the state of emergency, but stopped short of condemning the coup last month because of opposition by Russia and China. Both of whom view the developments as internal affairs of Myanmar. Any action by the council beyond a statement is unlikely, diplomats say.

“I hope that they recognize that it’s not only an internal affair, it hits the stability of the region,” Schraner Burgener said of China and Russia.

She said Soe Win told her that “after a year they want to have another election.” Schraner Burgener last spoke with him on Feb. 15 and is now communicating with the military in writing.

“Clearly, in my view, the tactic was now to investigate NLD people to put them in prison,” she said. “At the end the NLD will be banned and then they have a new election, where they want to win, and then that they can continue to be in power.”

Schraner Burgener said she believes the military is “very surprised” by the protests against the coup.

“Today we have young people who lived in freedom for 10 years, they have social media, and they are well organized and very determined,” she said. “They don’t want to go back in a dictatorship and in isolation.”