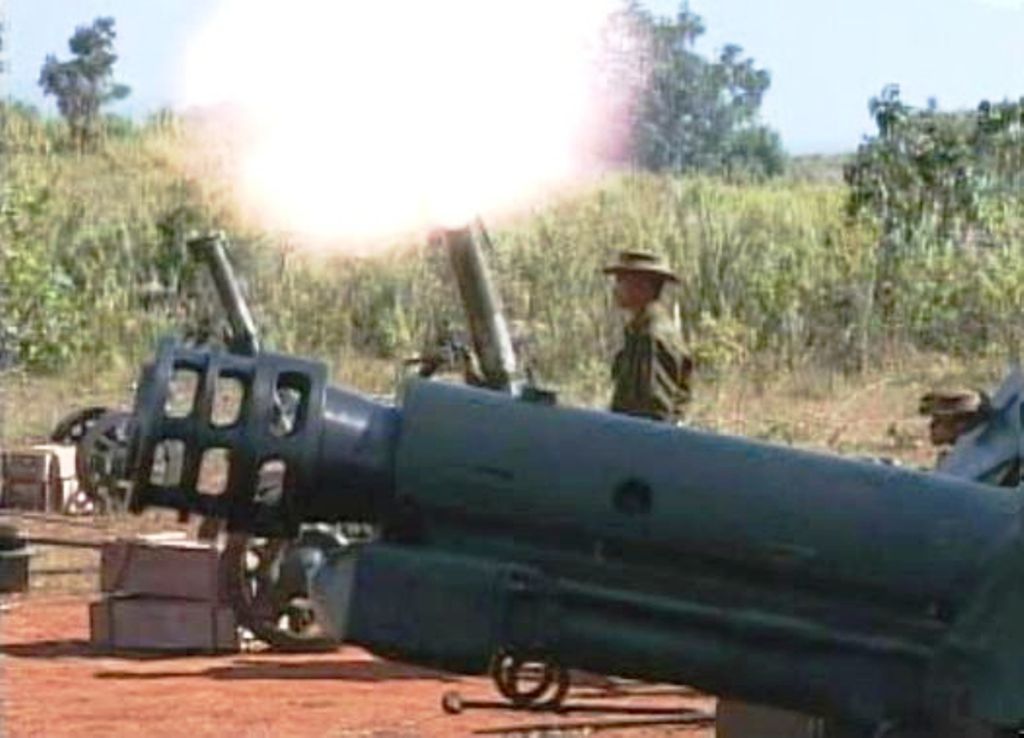 There were no reported injured but IDPs were “on high alert” and fearful of more attacks, according to the Shan State Refugee Committee (SSRC), which works in six camps in the area.

Three 81mm shells exploded at 8:30am on Wednesday about 6km from the Loi Tai Leng IDP camp, which sits opposite Thailand’s Mae Hong Son province, according to the Myanmar Now newspaper.

On Sunday and Monday five 120-mm shells landed on farmland in the Bang Kwai valley, 2km from Loi Kaw Wan IDP camp, the SSRC said. All but one exploded. About 20 IDPs, including two children, were tending the fields at the time of the shelling. 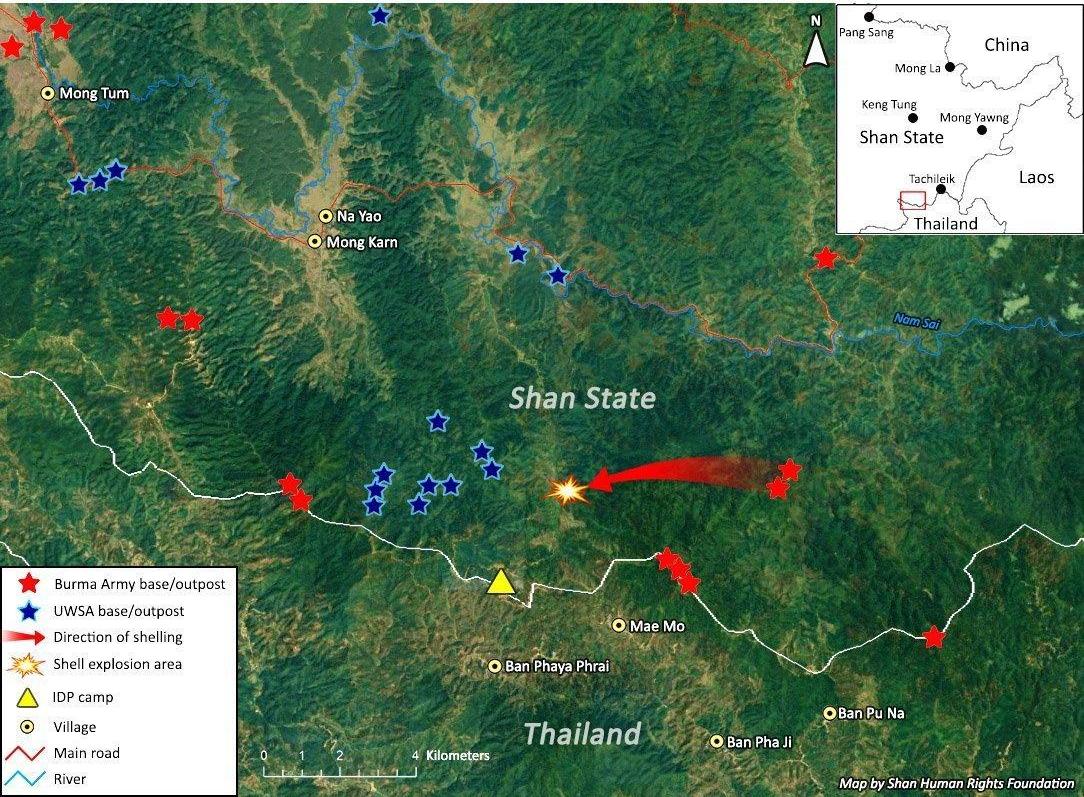 Loi Kaw Wan’s residents have packed their belongings in case they need to flee, SSRC said in a statement. “The adults dared not sleep the whole night for fear of attack,” it added.

“People are very worried. The shells didn’t drop into the camp, but where they grow crops. It’s very close to where they live,” SSRC representative Sai Leng said.

Loi Kaw Wan sits opposite Thailand’s Chiang Rai province and is the largest of the six border camps with more than 2,500 residents. About 40 of them are children. Roughly 3,500 people live across the other five camps.

The military’s Tachileik Township Border Committee sent a letter to its Thai counterpart late last month warning it planned to attack bases controlled by the Restoration Council of Shan State. The IDP camps are located near the group’s bases.

People in the camps fear there may be more attacks after several hundred regime soldiers arrived in the area last week, according to local sources and the SSRC.

The IDP camps are “surrounded” by both Myanmar military outposts and those belonging to the United Wa State Army, he added.

Throughout 2020, military drones were seen flying over Loi Kaw Wan and Loi Lam, another of the camps, local sources said. “They’ve used drones. They know where the camps are. Their technology makes it very dangerous for us,” Sai Leng said.

His committee has called on the Thai government to allow IDPs to cross the border “as soon as attacks start, and to provide them with safe refuge, shelter, and access to humanitarian aid.”

The camp’s residents are among the 300,000 people who fled their homes during a scorched earth campaign by the Myanmar military in Shan State in the late 1990s.

Singapore to Use Covid-19 Breathalyzer Test Created by Breathonix