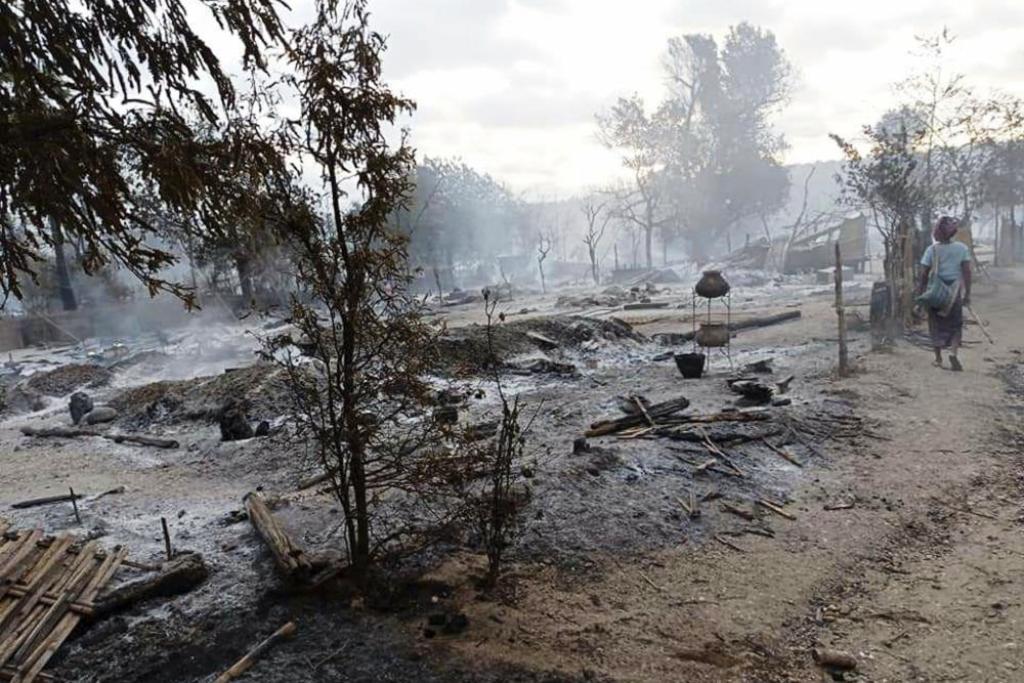 Junta troops have set fire to a village in Kinma in the Magway region of Myanmar burning most of the village to the ground, a resident said Wednesday. The reports was confirmed by independent media and also on social networks. The action appeared to be an attempt to suppress resistance against the ruling military junta.

The Junta controlled media reported the fires were set by “terrorists” the armed troops were trying to arrest. The government and its opponents each refer to the other side as “terrorists.”

The near-destruction of the village is the latest example of how violence has become endemic in much of Myanmar as the junta tries to subdue an incipient nationwide insurrection.

Myanmar’s army seized power in February, overthrowing the elected government of Aung San Suu Kyi, a nonviolent civil disobedience movement arose to challenge military rule, but the junta’s attempt to repress it with deadly force fueled rather than quelled resistance.

Photos and videos of devastated Kinma village in Magway region that circulated widely on social media showed much of the village flattened by fire and the charred bodies of farm animals. One report said the village had about 1,000 residents.

Villagers fled into the forest

A villager contacted by phone said only 10 of 237 houses were left standing. The villager, who asked that his name not be used because of fear of government reprisals, said most residents had already fled when soldiers firing guns entered the village shortly before noon on Tuesday.

He said he believed the troops were searching for members of a village defense force that had been established to protect against the junta’s troops and police. Most such local forces are very lightly armed with homemade hunting rifles.

The village defense force warned residents before the troops arrived, so only four or five people were left in the village when they began searching houses in the afternoon. When they found nothing, they began setting the homes on fire, he said.

“There are some forests just nearby our village. Most of us fled into the forests,” he said.

The villager said he believed there were three casualties, a boy who was a goat herder who was shot in the thigh, and an elderly couple who were unable to flee. He believed the couple had died but several media reports said they were missing.

Asked if he planned to go back to the village, he said: “No, we dare not to. We think it isn’t over. We will shift to other villages. Even if we go back to our village, there is no place to stay because everything is burnt.” 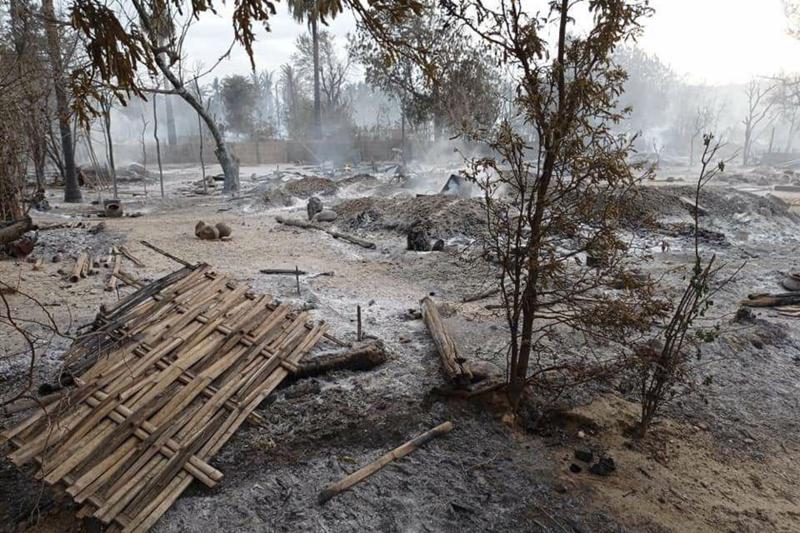 A report on Thursday in the state-run Global New Light of Myanmar newspaper blamed “armed terrorists” for the fire. It said security forces had been attacked with guns and grenades Tuesday morning when patrolling on the outskirts of the village, and when they later were able to enter, found the houses on fire.

It said an investigation found that “a group of about 40 terrorists” had set fire to one villager’s home, and the wind spread the fire until about 100 houses were destroyed.

“Security forces are working to arrest and prosecute the terrorists who ambushed security forces and set fire to the home of peaceful civilian who did not support their acts of violence,” the story said.

The junta often blames resistance forces for using threats and force to pressure people not to cooperate with the government. Another article on the same page of the newspaper was headlined “Insurgents kill innocent people in some townships.”

“Some media outlets and social media users have been covering the incident with the intention of misrepresenting the public and discrediting the security forces as if security forces had set fire to Kinma village,” said the article. 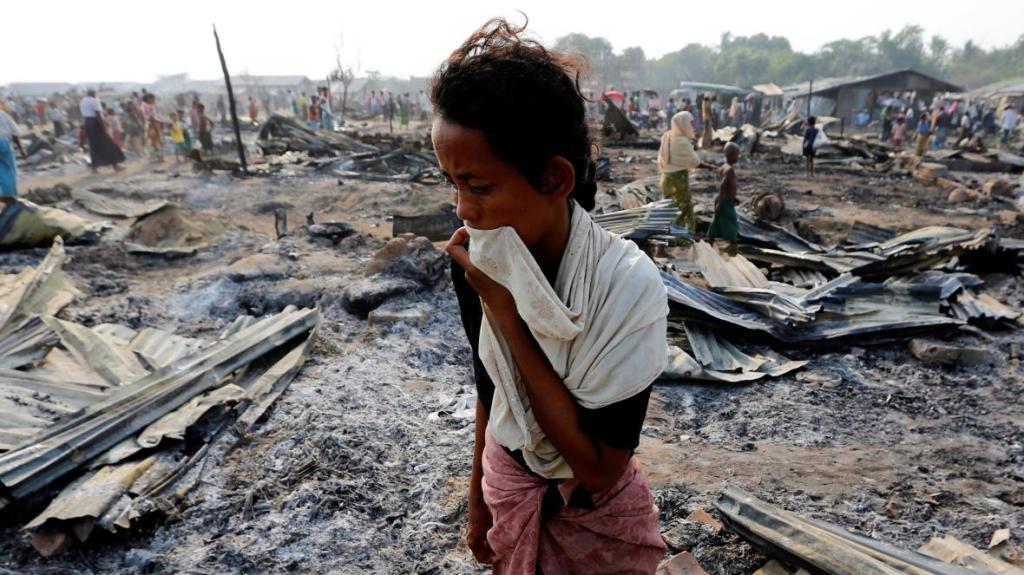 Village defense forces are committed to forming a future opposition federal army, and some have allied themselves with ethnic minority groups in border areas that have been fighting for decades for autonomy from the central government.

Most of the fiercest fighting takes place in the border regions, where government forces are deployed in areas controlled by ethnic groups such as the Chin in the west, the Kachin in the north and the Karenni in the east.

The incident in Kinma attracted special attention because the Burman, or Barmar ethnic group, the country’s power-holding majority, is predominant in the Magway region and it is unusual for them to be targeted for such severe measures.

The army burned many villages of the Muslim Rohingya minority in 2017 in a brutal counterinsurgency campaign in the western state of Rakhine that drove more than 700,000 to seek safety across the border in Bangladesh.

There is widespread prejudice against the Rohingya and few in Myanmar protested the army’s treatment of them, though international courts are now considering whether it constituted genocide. Some people commenting Wednesday on social media said the burning of Kinma made Rohingya claims of mistreatment more credible.