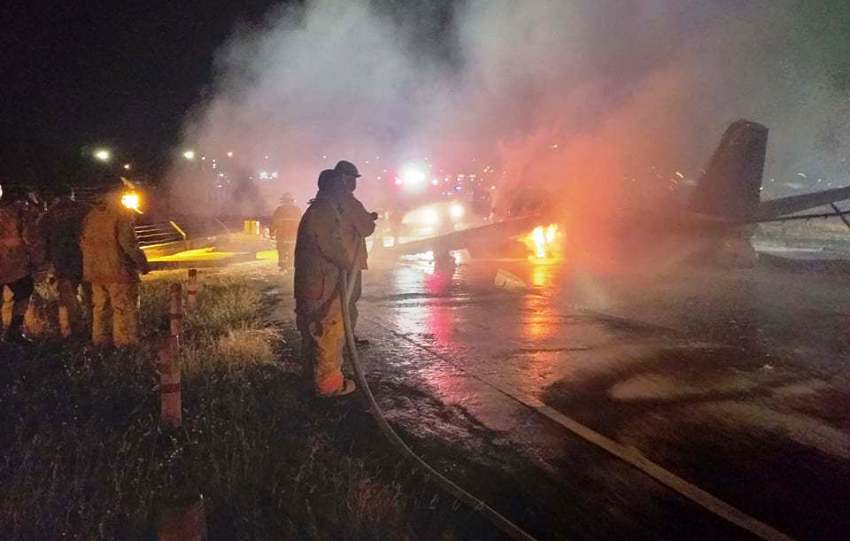 A medical evacuation plane exploded during take-off in the Philippine capital on Sunday, killing all eight passengers and crew. Including an American and a Canadian, officials said.

The plane, owned by a Philippines-registered charter service Lionair, had been bound for Haneda, Japan. It burst into flames at the end of the runway around 8 p.m. (1200 GMT), Manila’s main airport said.

Indonesian carrier Lion Air issued a statement making clear that it is unrelated to Manila-based Lionair.

Video footage showed a huge plume of smoke rising into the night sky as fire crews doused the fuselage with foam.

The twin-jet West Wind 24 plane was carrying three medical personnel,; three flight crew; a patient and a companion; Richard Gordon a senator and head of the Philippine Red Cross, said on Twitter.

“Unfortunately, no passenger survived the accident,” the Manila International Airport Authority (MIAA) said in a statement. An investigation by the Civil Aeronautics Authority of the Philippines was under way, MIAA said.

Photos from our team on the ground. pic.twitter.com/5SYvVxkcZk

The aim is to reopen the runway about two hours after midnight, he said in a press briefing.

Monreal confirmed that an American national and a Canadian citizen were also among those killed. However he could not provide further detail. The six others killed were all Filipinos, he told Asia One.

Is Coronavirus in Your Wallet? How Safe is Using Cash Money?