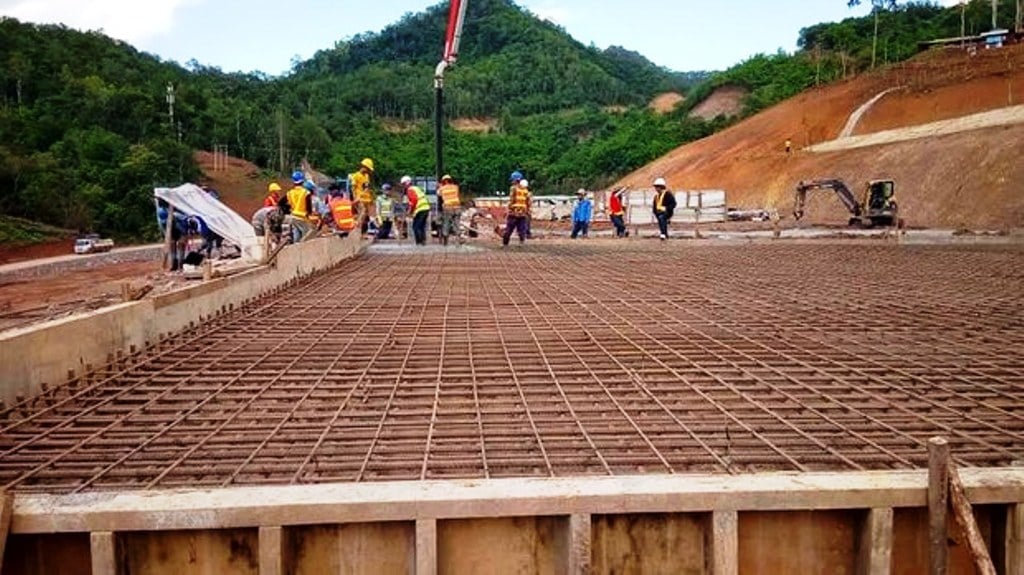 A group of Thai and international NGO’s are urging the Thai government not to buy electric power from a major dam Laos is building on the Mekong River. Saying that the dam’s operation will threaten the ancient Lao city of Luang Prabang, a UNESCO World Heritage Site.

The call comes ahead of a July 16-31 UNESCO World Heritage Committee meeting scheduled to consider the impact of the 1,460 megawatt, $3 billion Luang Prabang Dam on protected areas.

The project will displace 581 families or 2,285 people and will affect 20 other villages in the northern Lao provinces of Luang Prabang and Oudomxay.

In a July 12 letter signed by six organizations and ten individuals, the group noted that work on the dam has already begun, reminding both the Thai government and the dam’s Thai-owned developer, the Ch. Karnchang Company, that a required heritage impact assessment (HIA) has not yet been completed.

UNESCO has called the town of Luang Prabang “an outstanding example of the fusion of traditional architecture and Lao urban structures with those built by the European colonial authorities in the 19th and 20th centuries.”

Speaking to Radio Free Asia on July 12, a representative of one of the letter’s signing groups pointed to the threats posed to the resources, culture, and livelihoods of the people of Luang Prabang town by construction of the dam, which is scheduled for completion in 2027.

“These resources have already been impacted by other development, and if the Luang Prabang Dam is built, this will impact these resources even further,” the representative said, speaking on condition of anonymity.

In March, Luang Prabang residents said Lao Service they were worried because the government had already begun construction on the project before its international approval process was complete.

Many expressed safety fears, saying the dam was too close to the city of 55,000 people.

At that time, three temporary ports had been completed, and service roads, a workers’ camp with water supply, and land clearance were about 99 percent complete. A Mekong river bridge, power lines and relay stations were in various stages of completion.

In July 2020, Radio Free Asia reported after prior consultation on the Luang Prabang Dam had been completed in June, downriver Mekong nations Cambodia, Vietnam, and Thailand urged the developer to review the design of the dam to minimize the environmental, social, and trans-boundary impacts.

The Luang Prabang Dam when completed will be part of a cascade of 11 Mekong mainstream dams that form the centerpiece of Laos’ controversial economic strategy to become the “Battery of Southeast Asia” by selling electric power to neighboring countries.