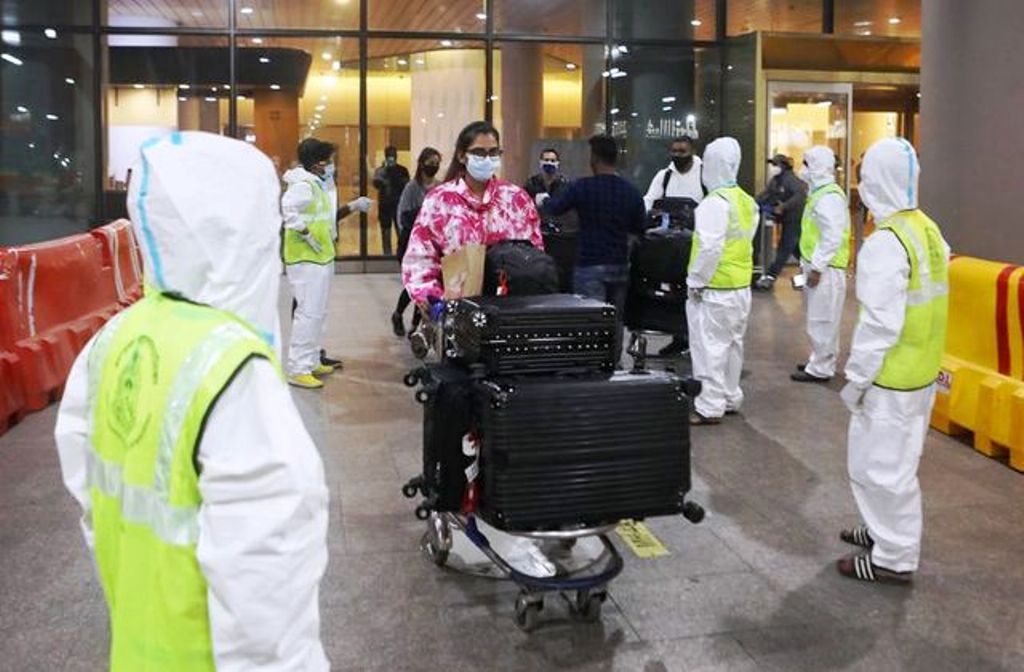 Health officials in India have reported six cases of the coronavirus variant that was first discovered in the United Kingdom. The Health Ministry Tuesday said the six patients had recently returned from the UK. The mutated UK strain was detected in samples in NIMHANS, Bengaluru, in CCMB, Hyderabad and one in NIV, Pune.

The new strain is reportedly 70% more infectious than the one that caused the Covid-19 pandemic and was first reported in the United Kingdom.

“All these persons have been kept in single room isolation in designated Health Care facilities by respective State Governments. Their close contacts have also been put under quarantine. Comprehensive contact tracing has been initiated for co-travelers, family contacts and others. Genome sequencing on other specimens is going on,” the health ministry said.

“The situation is under careful watch and regular advice is being provided to the States for enhanced surveillance, containment, testing and dispatch of samples to Indian SARS-CoV-2 Genomics Consortium (INSACOG) Labs,” the health ministry added.

The ministry further added that about 33,000 passengers disembarked at various Indian airports from UK from November 25 to December 23. “So far only 114 have been found positive.

These positive samples have been sent to 10 INSACOG labs for genome sequencing,” India’s government said.

Last week, India announced the suspension of flights from and to UK until the end of the year. The Civil Aviation Ministry took the decision on the basis of a recommendation by the Health Ministry, which noted that the new UK strain of the novel coronavirus is “spreading and growing rapidly”.

Vietnam detected its first imported case of the new coronavirus variant that is spreading rapidly around Britain, the health ministry said on Jan 2, 2021.

The variant was detected in a 44-year-old woman returning to Vietnam from Britain. She was quarantined upon arrival and was confirmed positive for the virus on Dec 24.

“Researchers ran gene-sequencing on the patient’s sample and found the strain is a variant known as “VOC 202012/01″”, it said. The variant includes a genetic mutation that, in theory, could result in the virus spreading more easily between people.

Countries around the world have cut off travel links to Britain to stop the spread of the new variant. Which scientists have said is 40 to 70 per cent more transmissible than the original virus. Vietnam is still operating repatriation flights to bring its citizens stuck in the UK home amid the pandemic.

With strict quarantine and tracking measures, Vietnam quickly contained coronavirus outbreaks. Allowing economic activity to rebound faster than in much of Asia. It has recorded 1,474 infections, with 35 deaths.

Vietnam Buys Rice from India for the First Time in Decades