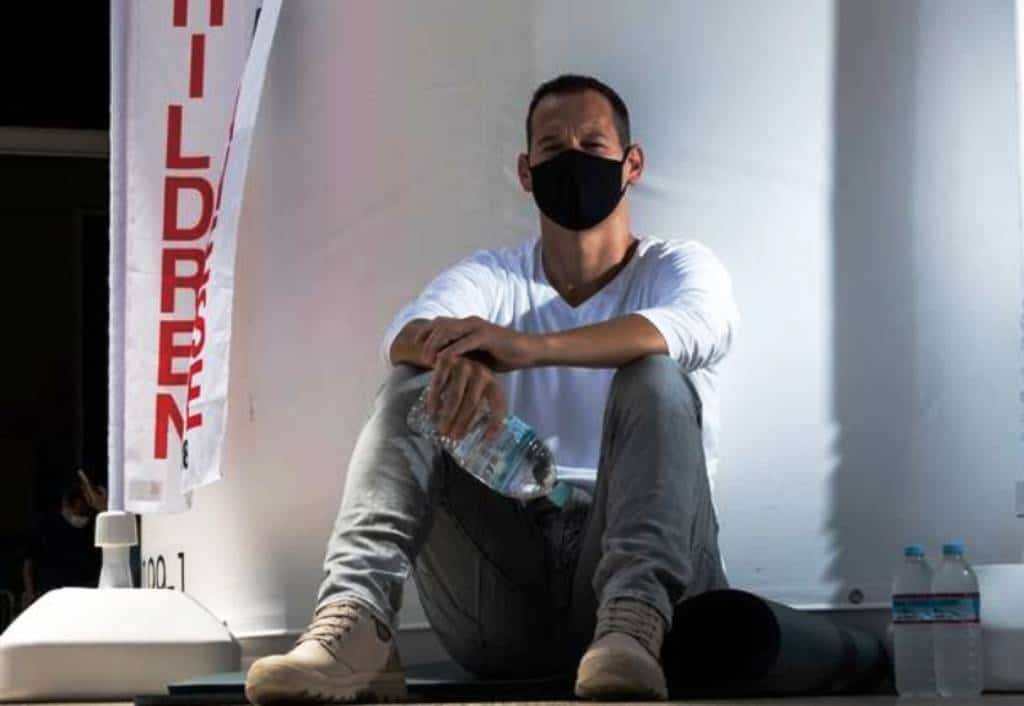 A Frenchman who claims his two children have been abducted by their Japanese mother has gone on a hunger strike outside the train station that serves the Olympic venue in Tokyo.

Vincent Fichot, 39 says he is willing to continue his hunger strike close to Tokyo’s new Olympic Stadium “to its natural conclusion” saying he had exhausted all avenues to regain access to his children or confirm they are safe.

Appeals to the Japanese courts to see his six-year-old son Tsubasa and daughter Kaeda, four, have been rebuffed since their mother disappeared three years ago.

Fichot has not been able to establish any contact with them since, although the courts have insisted that he continue to pay child support. As a consequence of these rulings and his campaign to be reunited with his children, he said he had lost his job, his house in Tokyo and his life savings. 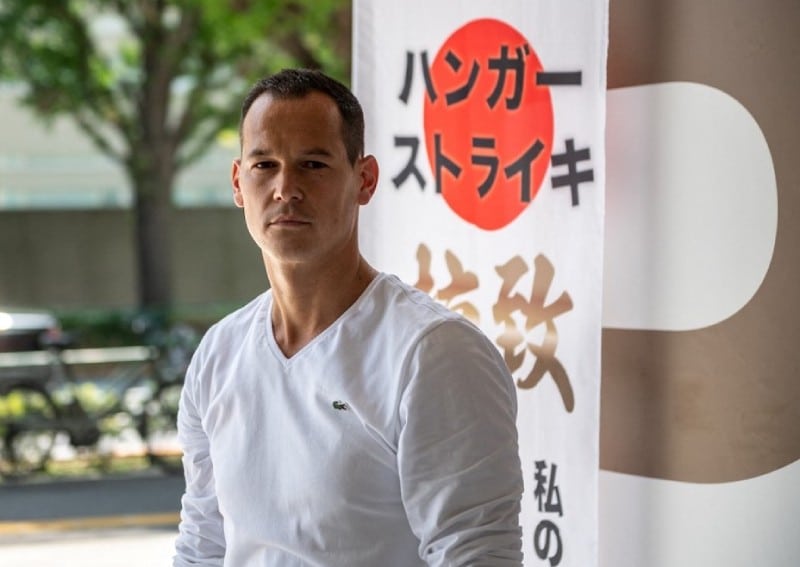 Fichot – originally from a town close to Marseille in southern France, but a resident of Japan for 15 years – has taken his case to the French government, the European Parliament and the United Nations Human Rights Council, while a civil case is ongoing in French courts.

Speaking to the South China Morning Post about the hunger strike, he could “no longer do nothing”.

“I am willing to end my life here, but not as an act of desperation,” Fichot said. “This is the natural next step in my fight because I have tried everything else and this is the last action that is left to me.”

He has received support from the French community in Japan, with many volunteers staying with him during his vigil. That solidarity was often based on personal experience, Fichot said.

“Everyone in the French community knows someone who is a victim of the Japanese system and has had their children abducted as well,” he said. “But it is the children who are the real victims of this situation. I am not here for myself; I am here to defend the interests of my children.”

Japan does not recognise joint custody for the children of divorced or separated couples. Parental abductions are common, with courts often granting custody to the “abductor” and not enforcing visitation rights, despite Tokyo being a signatory to the Hague Convention on the rights of children.

No official numbers exist, but rights groups believe around 150,000 children are forcibly separated from a parent every year in Japan, with a significant number being the children of international marriages.