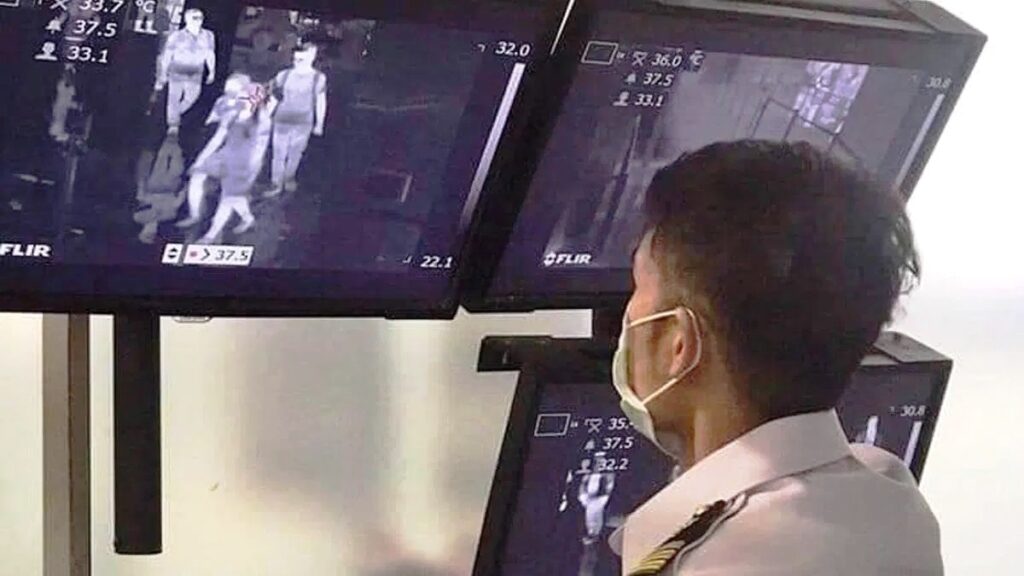 Researchers have Thailand and Asia have become the world’s surveillance hotspot and is at risk of serious privacy breaches. Above all as measures rolled out to contain the spread of COVID-19 become permanent in many countries.

According to the findings, Asia was the world’s highest-risk region for violations.

“Asia as a region risks sleep-walking into serious privacy breaches if there isn’t transparency when it comes to data use with respect to COVID-19 surveillance measures,” said Sofia Nazalya, a human rights analyst at Verisk Maplecroft.

Asian countries scored worse on average than nations in other regions, Singapore-based Nazalya, the author of the study, told Reuters. The pandemic has enabled authorities from China to Russia to increase surveillance. Even more clamp down on free speech, digital rights experts say. Among the worst-scoring Asian nations were Pakistan, China, Myanmar, Thailand, Cambodia, India and the Philippines. Police in Thailand report they will install 5,000 surveillance cameras in Bangkok in the next four months.

Under the decree, people have been urged to stay at home and avoid gathering in groups, though anti-government rallies have been held by protesters calling for more democracy.

Prime Minister Prayut Chan-o-cha has defended the use of the emergency decree saying its being used to curb the spread of Covid-19. Calling it a legal tool for the authorities to enforce virus control measures. Meanwhile, in response to the COVID-19 health crisis, China took the biggest steps to track the virus using mass surveillance. Mandatory health apps and covid-19 drones are becoming permanent. Also an increase in use of facial recognition technologies.

India, which was the only democracy to make downloading a COVID-19 tracking app mandatory with the threat of jail or fines. India also plans to introduce a national database by 2021. This could worsen privacy rights, the report said.

Although challenging, more governments should introduce data privacy laws and enforce them, Nazalya said, adding that businesses must not ignore the issue of deteriorating privacy rights as they bring both reputational and compliance risks.

“The first step is for there to be that crucial push for civil society to really examine what needs to be done when we look at technology, data breaches and privacy,” she said.

“(But) in terms of the government looking at data privacy, there needs to be a transparency in how data is used, stored, who has access to your private data.”