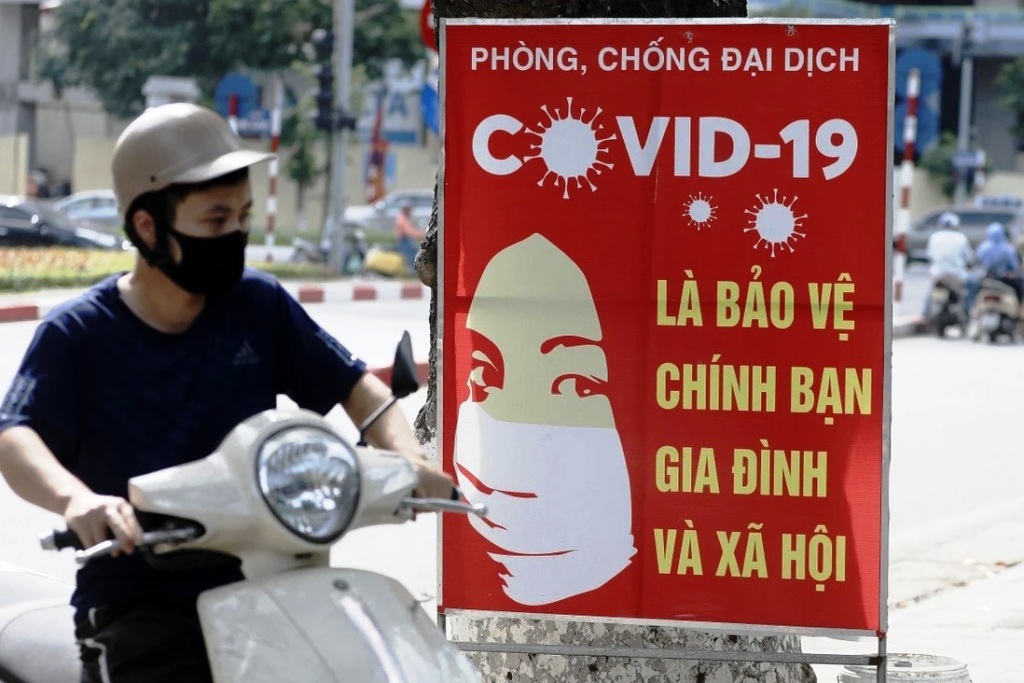 According to the Health Ministry more than two-thirds of the cases were in Ho Chi Minh City.

After successfully containing the virus for much of the pandemic, Vietnam has been facing a renewed outbreak of the delta variant of the coronavirus. Vietnam’s southern business hub Ho Chi Minh City and surrounding provinces account for most new infections.

The health ministry on Friday said it would extend a lockdown in the city until Aug 1 and impose stricter restriction measures in the capital Hanoi from Saturday. The measures include a stay-home order, a ban on gatherings larger than two people and the suspension of public transport.

The National Assembly, the country’s lawmaking body, decided to cut short its meeting in Hanoi by three days to end on July 28, due to the outbreak. Starting Saturday Vietnam’s city of Hanoi announced a 15-day lockdown as the delta variant coronavirus surge spreads.

The lockdown order bans the gathering of more than two people in public. Only government offices, hospitals and essential businesses are allowed to stay open.

Earlier in the week, the city had suspended all outdoor activities and ordered non-essential businesses to close following an increase in cases. On Friday, Hanoi reported 70 confirmed infections, the city’s highest, part of a record 7,295 cases in the country in the last 24 hours.

In the latest wave of COVID-19 since April, Vietnam has recorded over 90,934 infections and 370 deaths.

A meeting of Vietnam’s National Assembly that opened in Hanoi on Tuesday with 499 delegates is going ahead, although it was shortened to 12 from the original 17 days.

The delegates have been vaccinated, are regularly tested for the coronavirus and are traveling in a bubble, and are isolated at hotels, according to the National Assembly.