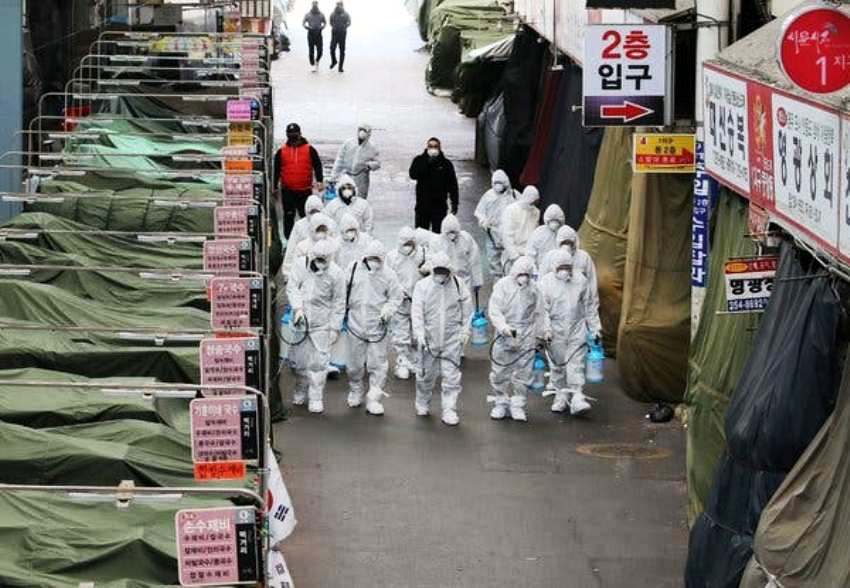 South Korea is now on Red Alert after the number of coronavirus cases soared to a staggering 602 in the past few days. President Moon Jae-in said that the government could take “powerful measures” to contain the outbreak.

South Korea also confirmed there have been six deaths among coronavirus patients.

The country on Sunday reported 169 new cases, bringing the total to 602. That marks about a 20-fold surge within five days. Many of the infections have been at a hospital in Cheongdo.  With almost all the patients in the psychiatric ward of that facility being affected.

Local reports have said that a religious sect with followers who were infected had attended a funeral in the same complex. On Saturday Prime Minister Chung Se-Kyun asked citizens to stop religious-group activities after a sect was linked to the cases.

The spike of cases in South Korea, along with rising numbers in Iran and Italy, has added to fears that the window to avert a global pandemic is narrowing. The World Health Organization has warned African leaders of the urgent need to prepare for the virus; it identified 13 African countries as priorities because of their direct links to China; which accounts for the vast majority of confirmed infections and deaths.

Meanwhile, Italy scrambled on Sunday to contain the first major coronavirus outbreak in Europe. A new nervousness pervaded the continent. With officials in nearby countries pledging to keep the outbreak from spreading further.

The virus presents Europe with perhaps its greatest test since the 2015 migration crisis. Which radically altered the politics of the European Union and exposed its institutional weakness. The fundamental principle of open borders — so central to the identity of the European Union — will undergo a stress test, as will the vaunted but strained European public health systems.

The number of confirmed coronavirus cases in Italy rose to 152, officials said on Sunday, from three on Thursday. More than 100 of those cases are in the Lombardy region. At least three people have died from the Coronavirus. The spike in Italy, Europe’s fourth largest economy, has made the country a test of whether the virus can be successfully contained in an open European society.