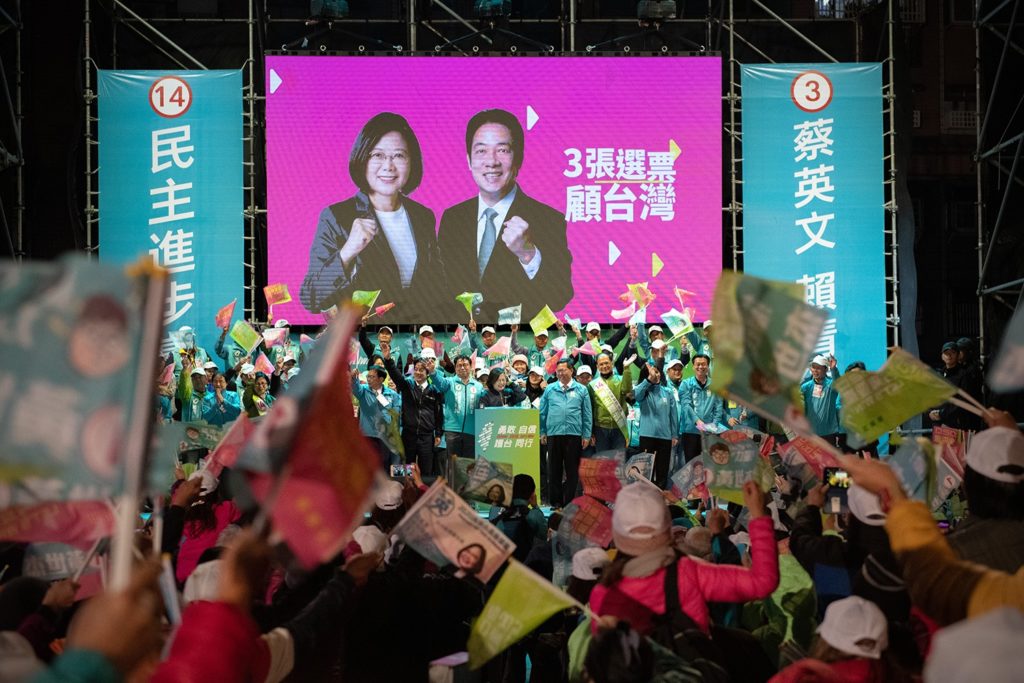 China’s president Xi Jinping’s goal of bringing Taiwan under his control has moved even further out of his grasp. The autonomous island re-elected a president who has vowed to defend Taiwan’s sovereignty.

The landslide re-election of Tsai Ing-wen has drawn accusations of cheating and voter intimidation from Beijing.

President Tsai Ing-wen won a landslide victory over China-friendly opposition challenger Han Kuo-yu. Clinching a second term in elections Saturday. Her victory, with a record number of votes, is the fourth time since 2000 that her Democratic Progressive Party — which advocates for Taiwan’s formal independence — has secured the presidency. A commentary in China’s official Xinhua news agency said she had employed underhanded tactics.

“Tsai and the DPP used dirty tactics such as cheating, repression and intimidation to get votes. Fully exposing their selfish, greedy and evil nature,” it said. “Anti-China political forces in the West openly intervened in Taiwan’s elections and supported Tsai in order to contain the Chinese mainland and to prevent the two sides of the Taiwan Strait from getting closer.”

Taiwan will never be unified with China

Tsai claimed roughly 8.2 million votes, or 57.1%, with Han trailing with 5.5 million and 38.6%. The DPP also held onto its majority in the legislature, albeit with a reduced margin.

She has vowed that Taiwan will never be unified with China as long she is in power. Meanwhile Han, of the Kuomintang party, had struggled to find a consistent message on China. Taiwan’s complex relationship with China is the main political fissure in its society, though issues like wages, housing and air quality were also important to voters.

In a victory Tsai said voters had “put democratic values into practice” and that the world should see Taiwan as a partner, not an issue. She urged Beijing to resume cross-strait dialogues and negotiations as equals. She also said she hoped the two sides could build a “sustainable and healthy” approach for exchange.

Related Topics:electionsTiawanTsai Ing-wen
Up Next