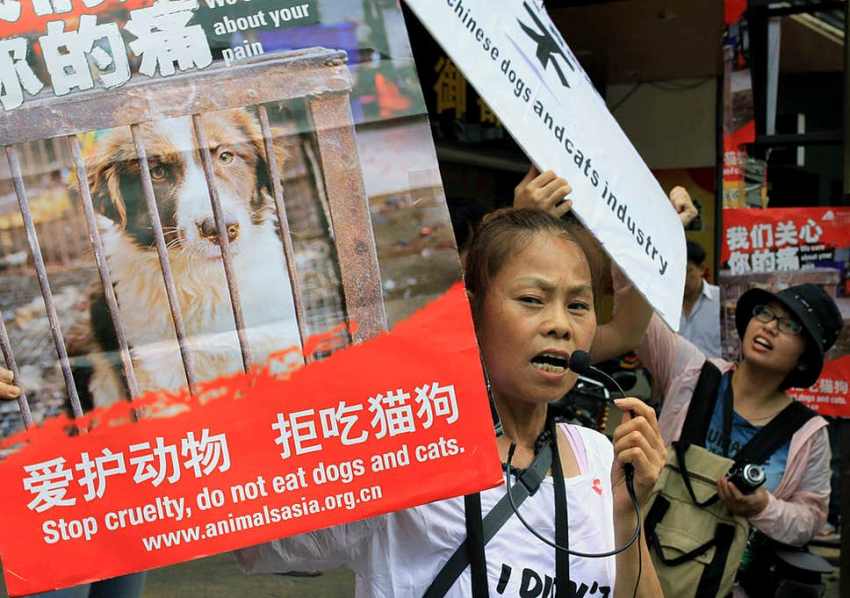 Shenzhen city in China plans to ban the eating of cats and dogs as part of the moves to contain the coronavirus outbreak. The ban is part of a nationwide drive to implement a “total ban” on the consumption of wild animals following the Covid-19 outbreak.

The new regulations were published by the standing committee of the Shenzhen People’s Congress, the city legislature, on Tuesday and the public will have until Thursday next week to submit their opinions.

The draft includes a “white list” of nine types of the only permitted meats, but the government has not said when it will vote on the measures

The list includes pork, beef and chicken along with rabbits, fish and seafood. But it excludes pets such as cats and dogs, as well as other popular dishes in southern China like snakes, turtles and frogs.

The authorities told Shenzhen Special Zone Daily they had decided not to publish a “black list.” Because China has tens of thousands of different species of wild animals and it was impossible.

Shenzhen’s move followed a resolution passed by the standing committee of the National People’s Congress on Monday. Banning the trading and consumption of wild animals. A practice that has been blamed for helping to spread the coronavirus that causes Covid-19.

So far it has infected more than 80,000 people worldwide and killed more than 2,700 people.

Shenzhen, a tech hub on the Hong Kong border, said those who breach the regulations will be fined up to 20,000 yuan. The report said that eating farmed animals that did not appear on the white list would also be banned. Above all because it would be too difficult to tell whether meat had been farmed or poached.

The new regulations still allow for the use of wild animals for scientific and medical purposes. But stressed that management of such facilities will need to be strengthened.

The Chinese appetite for a wide range of animals, especially cats and dogs has long been highly controversial. With epidemiologists linking the severe acute respiratory syndrome (Sars) epidemic to civet cats. A species commonly eaten in southern China.

The practice has also been criticized on animal rights grounds. The eating of cats and dogs has outraging pet lovers worldwide. Other mainland cities have also taken new steps to stem the trade in wild animals.

About 10 days ago, Tianjin, the port city near Beijing, also passed a similar regulation. Outlawing the capture, trading, farming, transport and consumption of wild animals.

Compared with the national ban and Tianjin’s rules, Shenzhen’s regulations are explicit in protecting cats and dogs.

“We should applaud Shenzhen for [protecting pets]. There should have been a regulation banning eating companion animals a long time ago,” Liu Jinmei, an environmental lawyer with the NGO Friends of Nature, said.

She said that the Shenzhen regulation puts greater liability on restaurant owners. Also on their customers and will hold them accountable for violating the rules.

China’s existing wildlife protection law was enacted in 1989. But is riddled with loopholes because the consumption of wild animals. Also captive breeding was allowed for commercial purposes.