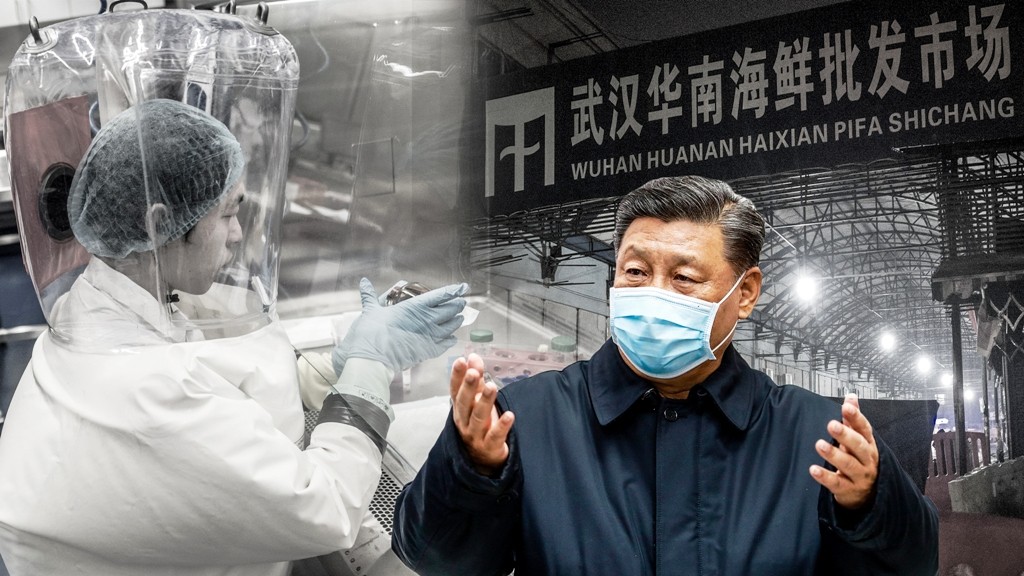 China’s communist Party is recasting Wuhan as a heroic Covid-19 coronavirus victim. Above all trying to throw doubt on the pandemic’s origin story. The Communist Party aims to seize the narrative at a time of growing global distrust of Beijing.

The PR blitz plays out daily in comments by Chinese officials. Lavish state media coverage of a “reborn” Wuhan that trumpets China’s epidemic-control efforts and economic recovery while the United States struggles.The drive peaked in the past week as Chinese primary schools welcomed back students with considerable fanfare.

Wuhan also hosted executives from dozens of multinationals. Executives from Panasonic to Dow and Nokia. All on a highly choreographed tour of the central Chinese city.

“There are few places in the world today where you don’t need a mask and can gather,” a Chinese official, Lin Songtian, told the executives, implying that Wuhan was one of those places. “This testifies to Wuhan’s triumph over the covid-19 virus and that Wuhan was back in business.”

Lost in this retelling, however, is Wuhan is widely believed to be ground zero for the covid-19 pandemic.

Furthermore China’s foreign minister suggested on Aug 28 during a European outreach trip that the Covid-19 virus might not have emerged in China.

“Beijing wants the narrative to be: we handled it, we can help you handle it and we’re the first to have a vaccine that works,” said Kelsey Broderick, Asia analyst with Eurasia Group.

“That’s really the only way China can come out ahead of the idea that Wuhan China started this crisis.”

The Wuhan tour featured primary-school students performing traditional Chinese opera and ballet; a renovated food market presented as a model of sanitation; and a Yangtze riverfront cruise underneath a skyline ablaze with towering light displays referencing the virus recovery.

The city of 11 million — which suffered more than 80 percent of China’s 4,634 Covid-19 deaths — has come a long way since the pandemic’s grim early days. When a suffocating weeks-long lockdown rendered it a ghost town.

No new local transmissions have been reported in Wuhan for months. Traffic jams are back, shoppers cram malls, and al fresco diners gobble up the city’s signature spicy crayfish dish.

The growing confidence was displayed at a Wuhan pool party attended by thousands of mask-less people last month. The propaganda prompted overseas accusations of recklessness after images of the event went viral.

China countered that the party indicated the nation’s success in taming the coronavirus.

While many citizens in Wuhan express persistent concern over an uneven recovery and fear of new outbreaks.

Meanwhile, a Chinese virologist who has reportedly been in hiding for fear of her safety has stepped out into the public eye again. Above all to make the explosive claim that she has the scientific evidence to prove COVID-19 was man-made in a lab in China.Dr. Li-Meng Yan, a scientist who says she did some of the earliest research into COVID-19 last year. She made the comments Friday during an interview on British talk show “Loose Women.”When asked where the deadly virus that has killed more than 900,000 around the globe comes from, Yan — speaking via video chat from a secret location — replied, “It comes from the lab. The lab in Wuhan and the lab is controlled by China’s Communist government.”She insisted that widespread reports that the virus originated last year from a wet market in Wuhan, China, are “a smokescreen.”“The first thing is the wet market in Wuhan … is a smokescreen. This virus is not from nature,” Yan claimed. Explaining that she got “her intelligence from the CDC in China, from the local doctors.”

The virologist has previously accused Beijing of lying about when it learned of the killer bug and engaging in an extensive cover-up of her work. She had said that her former supervisors at the Hong Kong School of Public Health. A reference laboratory for the World Health Organization, silenced her when she sounded the alarm about human-to-human transmission in December last year.

In April, Yan reportedly fled Hong Kong and escaped to America to raise awareness about the pandemic.

Now, she said she is planning to release scientific evidence to prove that the virus was made inside a lab in Wuhan.

“The genome sequence is like a human finger print,” she told the talk show. “So based on this you can identify these things. I use the evidence … to tell people why this has come from the lab in China, why they are the only ones who made it.”

Yan added, “Anyone, even if you have no biology knowledge, you can read it. You can also check and identify and verify by yourself.” “This is the critical thing for us to know the origin of the virus,” she said. “If not we cannot overcome it — it will be life-threatening for everyone.”

She said she is coming out now because “I know if I don’t tell the truth to the world, I will be regretful.”

Yan also claimed that before fleeing China, her information was wiped from government databases.

They deleted all my information,” she told Loose Women. Claiming that people have been recruited “to spread rumors about me, that I’m a liar.”

Yuan Zhiming, the director of the Wuhan Institute of Virology, has previously denied reports that the virus accidentally spread from his facility. “There’s no way this virus came from us,” Zhiming told state media in April.