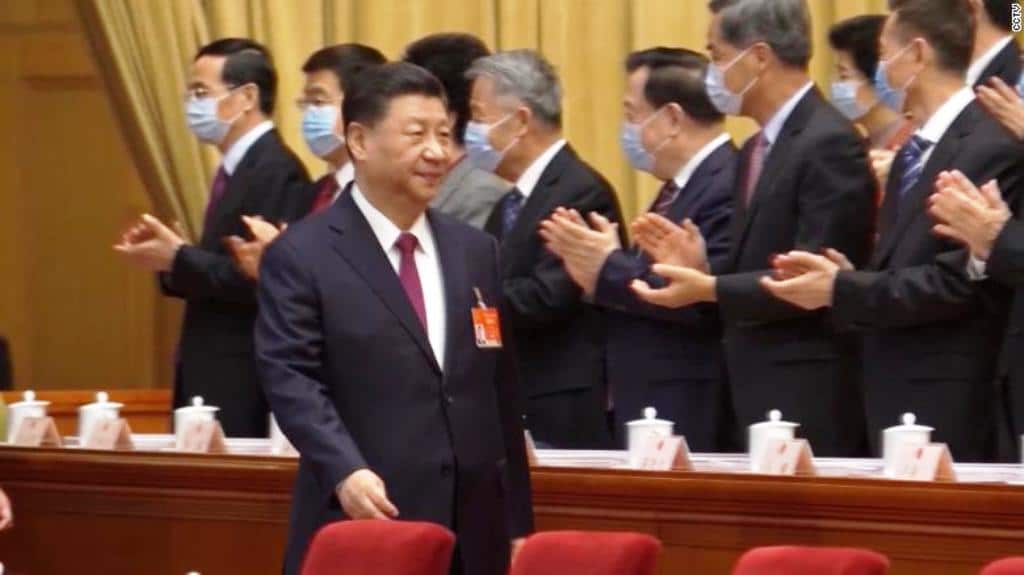 For almost a quarter of a century, Hong Kong was the one place under China’s communist rule that had open elections. A landslide loss just over a year ago may have finally convinced China to end Hong Kong’s democracy.

In late 2019, Hong Kong’s democratic opposition rode the momentum of historic protests to win an unprecedented 85% of the seats on local district councils. More significantly, the victory gave them scores more votes on the 1,200-member committee that selects Hong Kong’s leader. This made it harder for China’s communist party to guarantee a loyal replacement if Chief Executive Carrie Lam left office.

On Friday, China laid out sweeping plans to end democracy and prevent any similar surprises in the future for Hong Kong elections. The communist party will require candidates for office to be “patriots” and reportedly removing district councilors from the next leadership vote.

The proposal, which the National People’s Council (The Communist Party) in Beijing is expected to rubber-stamp the new rules within days. This signals a dramatic rejection of the democratic institutions China had tolerated in Hong Kong since regaining sovereignty in 1997 from Great Britain.

End to democracy in Hong Kong

When the next election will even happen is unclear. Local media including the South China Morning Post reported that authorities would delay a vote to choose members of the city’s 70-seat Legislative Council until September 2022, after postponing it last year, ostensibly due to the coronavirus pandemic.

The election overhaul is just the latest effort by Beijing to remake Hong Kong after the 2019 unrest, which saw as many as two million protesters join peaceful marches and increasingly radical pro-independence demonstrators clash with police.

The National People’s Congress imposed a sweeping security law on the city last year, leading to the arrest of some 100 opposition figures and activists, prompting sanctions from the United States.

Despite claims by London and Washington that China is violating its treaty commitments to maintain Hong Kong’s “high degree of autonomy” until 2047, President Xi Jinping has pushed to tighten control. The campaign illustrates the challenge China poses to US President Joe Biden’s pledge to work with American allies to check the global erosion of democratic institutions.

Lam, who was appointed by China, pledged in a statement to carry out the overhaul to make sure the government’s critics don’t “harm Hong Kong’s prosperity and stability”.

Hong Kong democracy has always sat on shaky ground, with the British colonial government only allowing the first direct Legislative Council elections in the last days of its rule in 1997. When China took over, they rolled back the last democratic reforms by outgoing Governor Chris Patten and implemented a system to ensure that his Chinese successors were Beijing loyalists.

China allowed the experiment to continue for two decades, agreeing in 2010 to allow a majority of legislative seats to be directly elected and carrying out talks for an eventual public vote for chief executive. Still, seats were distributed in the government’s favour, meaning pro-democracy candidates never won a majority even though they routinely got more than half of the vote.

The landslide district elections in November 2019 showed that the opposition had finally built an organization that could overcome Beijing’s advantages at the ballot box. In the months ahead, opposition leaders set their sights on a bigger prize: the Legislative Council. They crafted a plan they called “35-plus” to win a majority and vote down Lam’s budget, forcing her to resign.

The plan clearly alarmed Beijing. Authorities announced that they would delay the September election for a year. Then, earlier this week the government charged 47 organizers and participants in a primary to select legislative candidates with “conspiracy to commit subversion” under the security law, allegations that carry a sentence as long as life in prison. Most of the group were jailed without bail ahead of a trial.

“Beijing is so fearful of Hong Kong people that it is not enough to arrest and deny bail to those who participated in the 35-plus campaign,” said Victoria Hui, an associate professor of the department of political science at the University of Notre Dame. “It wants to make sure that it can control all future elections.”

Under China’s plan, the committee that selects the chief executive would be “adjusted and improved”, replacing opposition district councilors with officials picked by the Communist Party.

Beijing is also seeking to eliminate five citywide “superseats” on the Legislative Council, which were the only ones that could be voted on by all 7.5 million people, Now TV reported.

Ivan Choy, a senior lecturer on Hong Kong politics at the Chinese University of Hong Kong, said the city would likely to return to a period resembling the 1970s, when residents engaged in less formal “pressure group politics” to influence the colonial government.

“In the past two or three decades, we’ve had opposition politics,” Choy said. “But in the future we may not have these kind of politics, because democrats may be excluded from parties and even the legislature.”