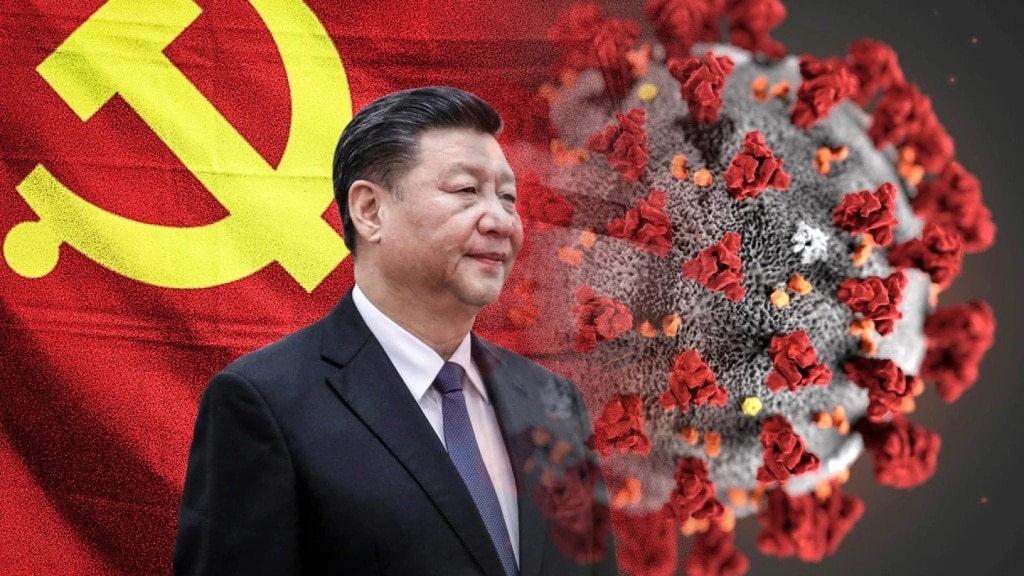 German scientist Alexander Kekulé never anticipated becoming a Chinese virus propaganda star, but the director of the Institute for Biosecurity Research in Halle has been all over the state-run media in China in recent days. News outlets in China have taken Kekul’s research out of context to suggest that Italy, not China, is where the coronavirus pandemic began.

Photos of him have appeared on Chinese news sites under headlines reading,”China is innocent!”. Kekul, who has repeatedly said that he believes the virus first emerged in China, was startled. “This is pure propaganda,” he said in an interview.

Facing global anger over their initial mishandling of the outbreak, Chinese authorities are now trying to rewrite the narrative of the pandemic by pushing theories that the virus originated outside China.

In recent days, Chinese officials have said that packaged food from overseas might have initially brought the virus to China. Scientists have released a paper positing that the pandemic could have started in India.

The state news media has published false stories misrepresenting foreign experts, including Kekul, and officials at the World Health Organization, as having said the coronavirus came from elsewhere.

The campaign seems to reflect anxiety within the ruling Communist Party about the continuing damage to China’s international reputation brought by the pandemic. Western officials have criticized Beijing for trying to conceal the outbreak when it first erupted.

The party also appears eager to muddy the waters as the WHO begins an investigation into the question of how the virus jumped from animals to humans, a critical inquiry that experts say is the best hope to avoid another pandemic.

China, which has greatly expanded its influence in the WHO in recent years, has tightly controlled the effort by designating Chinese scientists to lead key parts of the investigation. By spreading theories that foreigners are responsible for the pandemic, the party is deploying a well-worn playbook.

The Chinese government is rarely willing to publicly address its own shortcomings, often preferring to redirect attention elsewhere and rally the country against a common enemy.

China’s leader, Xi Jinping, has led a vigorous effort this year to play down his government’s early failures in the crisis, instead arguing that the party’s success in containing the virus shows the superiority of its authoritarian system.

The latest propaganda push gives Xi a fresh chance to stoke nationalist sentiment and distract from festering problems, including a lingering wealth gap. The government seems wary of inviting renewed scrutiny of its actions as the pandemic began to unfold, analysts say.

Xi most likely sees the party’s missteps as a vulnerability and is eager to avoid potential challenges to his authority at home, said Erin Baggott Carter, an assistant professor of political science at the University of Southern California.

“If Xi is able to escape blame for the coronavirus, that reduces one major source of discontent with his rule,” she said.

In some ways, China’s strategy resembles efforts by US lawmakers to distract from missteps in that country by spreading fringe theories, including the unsubstantiated notion that the Chinese government manufactured the virus as a biological weapon.

For months, Chinese officials openly spread conspiracy theories of their own, implying at one point that the US military could have brought the virus to the city of Wuhan. Experts and officials are now going further, trying to give falsehoods about the origins of the virus the veneer of scientific fact.

A recent paper by a group of scientists affiliated with the state-run Chinese Academy of Sciences indicated that the virus could have broken out in India before spreading to China.

“Wuhan is not the place where human-to-human SARS-CoV-2 transmission first happened,” said the paper, which appeared last month on SSRN, an online scholarly repository. The paper, which was not peer-reviewed, had been submitted to The Lancet, a medical journal, for publication.

After drawing wide attention in the Chinese news media and in overseas outlets, the 22-page article vanished from online sites. A spokesperson for The Lancet said it had been removed from SSRN at the request of the paper’s authors. The scientists did not respond to requests for comment.

The article was the latest in a series of comments and articles by Chinese scientists arguing that the virus had first surfaced in Italy, Spain or elsewhere before spreading to China.

While recent studies have indicated that the coronavirus may have infected people in the United States and elsewhere earlier than previously thought, researchers still believe the most likely explanation is that it started circulating in China.

Edward Holmes, a professor at the University of Sydney who has studied the coronavirus, said the idea that the virus originated outside China seemed to be gaining traction for political purposes.

“It lacks scientific credibility and will only further fuel the conspiracy theories,” he said. – NYT