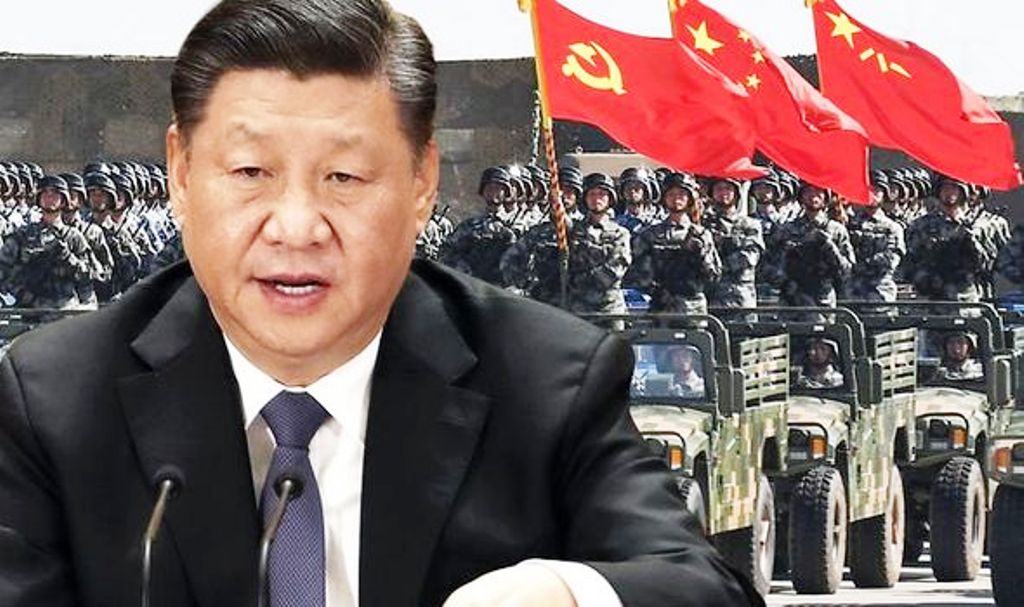 Months after eliminating a popular challenge to its rule in Hong Kong, China is turning to an even higher-stakes target: self-governing Taiwan. The island has been bracing for conflict with China for decades, and in some respects, that battle has now begun.

It’s not the final, titanic clash that Taiwan has long feared, with Chinese troops storming the beaches. Instead, the People’s Liberation Army, China’s two-million-strong military, has launched a form of “gray zone” warfare. In this irregular type of conflict, which stops short of an actual shooting war, the aim is to subdue the foe through exhaustion.

The risk of conflict is now at its highest level in decades. PLA aircraft are flying menacingly towards airspace around Taiwan almost daily, sometimes launching multiple sorties on the same day. Since mid-September, Chinese warplanes have flown more than 100 of these missions, according to a Reuters compilation of flight data drawn from official statements by Taiwan’s Ministry of National Defense. The data shows that in periods when political tension across the Taiwan Strait peaks, China sends more aircraft, including some of its most potent fighters and bombers.

China accelerates the development of forces

These encroachment tactics are “super effective,” Admiral Lee Hsi-ming, who until last year was the commander of the Taiwanese military, told Reuters in an interview. “You say it’s your garden, but it turns out that it is your neighbor who’s hanging out in the garden all the time. With that action, they are making a statement that it’s their garden – and that garden is one step away from your house.”

Under President Xi Jinping, China has accelerated the development of forces the PLA would need one day to conquer the island of 23 million – a mission that is the country’s top military priority, according to Chinese and Western analysts. With Hong Kong and the restive regions of Tibet and Xinjiang under ever-tighter control, Taiwan is the last remaining obstacle to the Communist Party’s monopoly on power. In a major speech early last year, Xi said that Taiwan, which Beijing regards as a Chinese province, “must be, will be” unified with China. He set no deadline but would not rule out the use of force.

There has been a “clear shift” this year in Beijing’s posture, a senior Taiwanese security official responsible for intelligence on China told Reuters. Chinese military and government agencies have switched from decades of “theoretical talk” about taking Taiwan by force to debating and working on plans for possible military action, the official said.

In a speech Tuesday, Taiwanese President Tsai Ing-wen alluded to the shift. The island democracy is under unrelenting pressure from “authoritarian forces,” she warned, without going into detail. “Taiwan has been at the receiving end of such military threats on a daily basis.”

Admiral Lee, the retired Taiwanese military chief, believes the only thing holding back the PLA from a full assault is that it hasn’t yet achieved the overwhelming firepower needed to overrun the island. Even so, China’s military build-up over the past 20 years means it is now “far ahead” of Taiwan, he said. “Time is definitely not on Taiwan’s side,” he said. “It’s only a matter of time for them to gather enough strength.”

The Chinese government was asked detailed questions for this article, including queries about the gray-zone tactics and its overarching strategy on Taiwan. In a written statement, China’s Taiwan Affairs Office said Beijing is committed to “peaceful reunification” with Taiwan, a formulation it has used for decades. It added that “so-called experts’ remarks quoted in the story by Reuters are groundless, purely hearsay, and full of prejudice and show a Cold War mentality.” It continued: “They even include absurd remarks about the country’s central leadership. We are strongly dissatisfied with and firmly opposed to such reports.”

Taiwan’s defense ministry said in a statement it is stepping up naval and air patrols and improving combat readiness to counter China’s gray-zone tactics. The military “sticks to the firm stance of ‘not provoking and not being afraid of the enemy,’ and the principle of ‘the closer they get to the main island, the more active is our response.’”

As the threat mounts, the Taiwanese military is in poor shape to meet it.

Interviews with current and former Taiwan government officials, serving and former military officers, conscripts, reservists and U.S. and other foreign military experts point to dire weaknesses. With the exception of some elements of Taiwan’s military, including the air force, special forces and parts of the navy, decades of isolation and underfunding by successive governments have left the military hollowed out.

Shoring up the island’s defenses

In any Chinese invasion, much of the island’s expensive hardware would be unlikely to survive a barrage of PLA precision missiles and air strikes, current and retired Taiwanese officers say. Crack, resilient ground forces would be crucial to repel beach landings by Chinese troops and counter airborne assaults, they say.

In addition, Taiwanese service members and Western observers say, Taiwan is suffering a serious and worsening decay in the readiness and training of its troops, particularly its army units.

One army conscript told Reuters he had only fired between 30 and 40 rounds with his rifle during training and was never taught how to clear a jammed firearm. “I don’t think I’m capable of fighting in a war,” said Chen, the soldier, speaking on condition his full name not be disclosed. “I don’t think I’m a qualified soldier.”

President Tsai is coming under pressure at home and in Washington to shore up the island’s defenses. Her government is planning to increase defense outlays by more than 10% next year to T$453.4 billion ($16 billion), according to a Reuters calculation based on government figures.

“The military has been whittled down,” said Grant Newsham, a retired U.S. Marine Corps colonel who spent most of last year on the island evaluating its defense capability in a Taiwan government-funded research project. “It is almost as if fighting to defend the country is somebody else’s responsibility,” said Newsham, now a researcher at the Japan Forum for Strategic Studies.

Taiwan’s defense ministry rejected the idea that it couldn’t defend itself or that its expensive hardware wouldn’t withstand a Chinese attack. The island’s air defenses have been bolstered and its “asymmetrical and mobile combat capacity” has been reinforced, the ministry said in a written response to questions.

Taking Taiwan would be an even greater feat for Xi than putting down the democracy movement in Hong Kong, but also a far greater challenge.

PLA troops have been garrisoned in Hong Kong since the city returned to Chinese rule in 1997. Yet the city’s protest movement was quashed this spring not by military force, but by a combination of aggressive policing, the imposition of a draconian national security law and the eruption of the COVID-19 pandemic, which enabled the government to ban all mass gatherings.

For Xi, democratic Taiwan is now the last outpost of resistance to his dream of a unified and rejuvenated China that can displace the United States as the major power in the Asia-Pacific region. Taiwan has remained effectively independent since 1949, when Chiang Kai-shek’s defeated Republic of China government retreated to the island after the Chinese Civil War.

Bringing Taiwan under Beijing’s wing would give the PLA a commanding position in Asia. It would entrench the Chinese military in the middle of the so-called first island chain – the string of islands from the Japanese archipelago in the north, down to the Philippines and on to Borneo, which enclose China’s coastal seas.

The PLA Navy could dominate the shipping lanes to North Asia, giving Beijing a powerful lever over Japan and South Korea. And the PLA Navy would have free access to the Western Pacific.

Standing in the way of that dream is the United States. It would be catastrophic to America’s dominance in the region if Chinese forces took control of Taiwan, most military analysts believe, whether by gray-zone tactics or full-scale invasion. America’s global prestige and role as security guarantor in Asia would be shattered, they say.

Already, Beijing’s recent assertiveness, including its fortification of contested islets in the South China Sea, has galvanized an American-led response. The administration of President Donald Trump has been rushing new weapons into service and realigning U.S. forces in Asia to counter China. Regional powers Japan, India and Australia are tightening cooperation with the Americans.

It isn’t clear how President-elect Joe Biden will respond to Xi’s stepped-up pressure on Taiwan. A spokesman for Biden’s transition team declined to comment.

A U.S. State Department spokesperson said China has “engaged in an increasingly menacing campaign to intimidate Taiwan.” America’s defense backing for Taipei, the spokesperson said, goes beyond arms sales. “We support Taiwan with training and encourage asymmetric approaches to warfare.”

Since the United States switched its diplomatic recognition from Taipei to Beijing in 1979, U.S. administrations have been required by law to supply Taiwan with the means to defend itself. But Washington has also maintained a policy of “strategic ambiguity,” declining to give explicit security guarantees to the island. – Read More