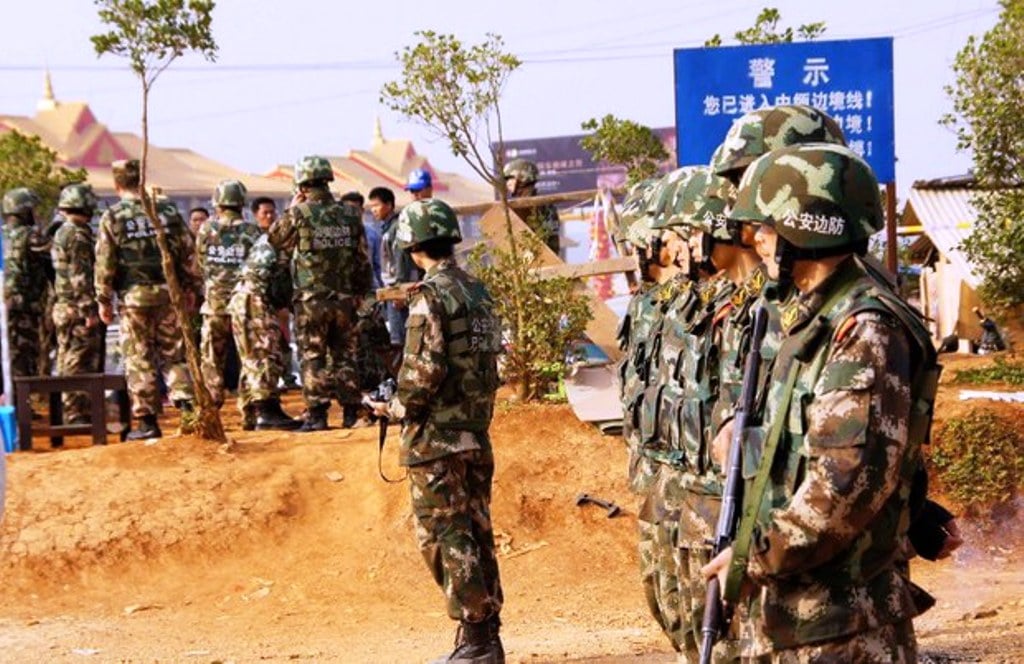 China has closed it southwestern border to prevent Myanmar refugees from crossing into Yunnan province over coronavirus fears. Communist party officials say nine people, including Myanmar nationals, have been newly confirmed to be infected with the novel coronavirus.

All citizens in the southwestern city of Ruili in Yunnan province have been ordered to stay home for seven days. Security authorities are likely to step up surveillance of illegal immigrants from Myanmar, sources close to the matter said.

The Yunnan government said six symptomatic cases were detected, and three patients tested positive without showing any symptoms, all in Ruili on Tuesday. Four of the nine were Myanmar nationals, aged between 24 and 30.

Local authorities have begun carrying out PCR tests on all of the city’s population of about 200,000.

The Chinese government has recently started to prohibit Myanmar people from staying at hotels in Ruili and has sometimes detained them, the sources said. Highlighting its concern that a possible huge influx of refugees from the neighbouring country would worsen the security situation in China.

In Ruili, tight security has been in place near the border with Myanmar, and some roads have been closed. Chinese authorities have also arrested several Myanmar people who attempted to protest leader Aung San Suu Kyi’s detention by the military government.

China and the Myanmar Junta

China’s downplaying of the gravity of the military takeover coupled with its reluctance to censure the junta indicate that—as in the past—it will stand by the Tatmadaw.

Western governments have simultaneously pursued alternative measures to pressure the military. There are plans to prevent the junta from accessing oil and gas revenues paid into and held by foreign banks

Washington is said to have frozen $1 billion of Myanmar government funds held in the U.S. The U.S. and the EU have imposed sanctions targeting military leaders and their kin, along with corporate entities affiliated with the junta.

According to the Jamestown Foundation, some foreign companies and investors have begun distancing themselves from two sanctioned entities, the Myanmar Economic Holdings (MEHL) and Myanmar Economic Corporation (MEC), in particular.

Yet because of China’s continuing support for the new regime, the impact of sanctions on foreign direct investment (FDI) into Myanmar is expected to be limited. Over the past decade, the U.S. and EU accounted for just 0.6 percent and 6.5 percent respectively of FDI in Myanmar.

Still, Western sanctions would adversely affect investment in Myanmar from other Asian countries such as Japan, South Korea, Thailand, Singapore and India, undermining their capacity to balance China’s huge presence in Myanmar’s economy.

As a result, China stands poised to gain from Western sanctions; its substantial role in Myanmar’s economy will likely grow as other regional powers are shut out.