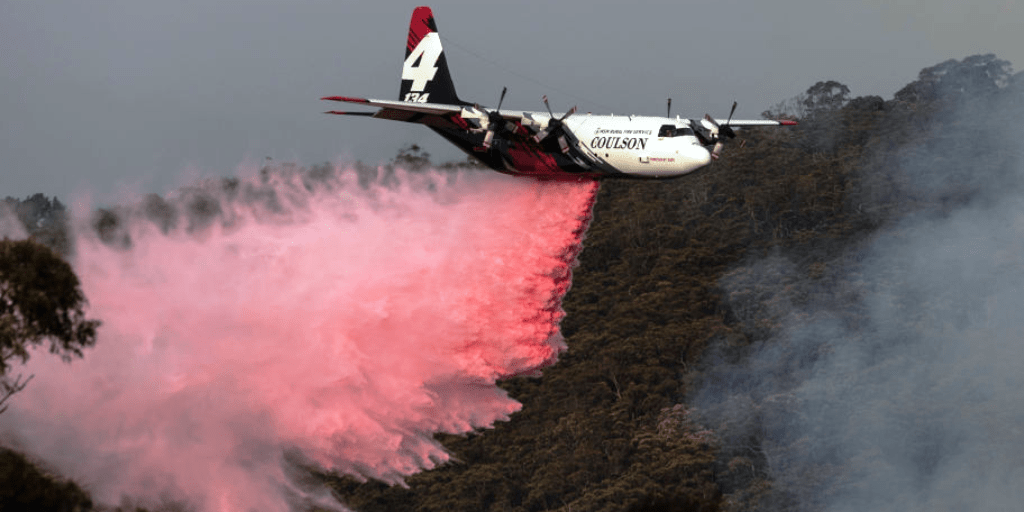 A Canadian-owned C-130 Hercules air tanker has crashed while fighting bush fires in Australia’s alpine region. All three of its American crew were killed.

Australian authorities said that they did not immediately know why the plane crashed while carrying a load of fire retardant. “Tragically, there appear to be no survivors as a result of the crash down in the Snowy Monaro area.” Shane Fitzsimmons the chief of rural fire services for the southeastern state of New South Wales told Reuters.

“(The tanker) impacted heavily with the ground and initial reports are that there was a large fireball associated with the impact of the plane as it hit the ground. There is no indication at this stage of what’s caused the accident.”

A spokesman for Australia’s Civil Aviation Safety Authority said the air tanker went into a valley to drop the retardant and did not emerge.

Fitzsimmons said the plane had been leased by Canadian aerial firefighting company Coulson Aviation, which had a second C-130 Hercules working in the Australian bush fires operation.

Coulson has grounded its large air tanker fleet following the accident, he added. Pending a review to rule out any systemic issue, such as a fuel problem.

The Australian Transport Safety Bureau also said it was sending a team of investigators to the crash site. They will collect evidence and analyze available recorded data. Even more review weather information and interview any witnesses.

It would also take about 30 days for the release of a preliminary report. If the investigation revealed a critical safety issue it would immediately notify stakeholders.

Coulson said the plane was on a firebombing mission with a load of retardant.  Adding that it would send a team to the crash site to assist.

“The accident is reported to be extensive and we are deeply saddened to confirm there were three fatalities,” it said in a brief statement.

The deaths take to 32 the toll from hundreds of wildfires in Australia since September. One billion animals are also estimated to have perished. Fires have incinerated 2,500 homes and a total area of bush land. One-third the size of Germany.

According to its flight data, the aircraft departed the Richmond air force base in western Sydney around 12:15 p.m. (0115 GMT). It dropped off radar just after 2 p.m.

Peak View is close to a blaze burning out of control in the Wadbilliga National Park, the fire service said.

The plane may have also been “aerodynamically overloaded”, said Geoffrey Dell. An expert in accident forensics and investigation. Meaning it may have turned or changed altitude too quickly for its load, forcing it to lose altitude sharply.

“It’s designed to operate to certain G (gravity)-limits, and if you go over those, different parts of the structure can be over stressed,” added Dell, a professor at Central Queensland University.