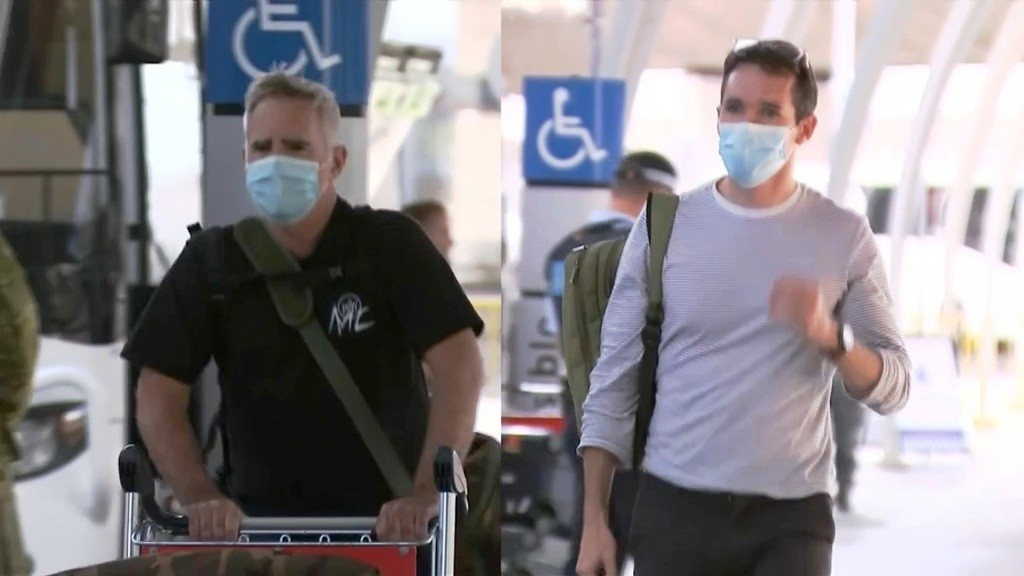 Two Australian journalists have fled China following a diplomatic standoff that saw the pair seek refuge at the Australian Embassy while officials negotiated their exit.

Bill Birtles, the Australian Broadcasting Corp.’s Beijing-based correspondent, and Michael Smith, based in Shanghai with the Australian Financial Review, had initially been informed by Chinese state security officials they were banned from leaving China.

But they boarded a flight out of the country on Monday night. The flight followed high-level negotiations between the two countries. After agreeing to be questioned by State Security the Australian Journalist departed China. The pair arrived in Sydney on Tuesday morning.

“It’s great to be back home safely after a difficult five days,” said Mr. Smith, adding that the episode “highlights the pressure all foreign journalists are under in China right now.” The journalists were visited at their residences by Chinese state security officials early Thursday.

The ABC reported that state security wanted to question Mr. Birtles over a “national security case.” According to the Australian Financial Review’s account, the pair were told they were persons of interest in an investigation into a third Australian journalist, Cheng Lei, a news anchor for state broadcaster China Global Television Network, who has been detained in Beijing since mid-August.

Australian diplomats in Beijing had warned Mr. Birtles early last week that he should leave China, the ABC reported. He had booked a flight for last Thursday, but during the visit from Chinese authorities in the hours before departure he was told he couldn’t leave, it reported.

He contacted Australian officials, who collected him from his apartment. Officials arranged for him to stay at the embassy compound for the next few days. The Australian Journalist was interviewed by Chinese communist authorities on Sunday.  He was accompanied by Australia’s ambassador to China, Graham Fletcher, the ABC News reported.

“This was a whirlwind, and it’s not a particularly good experience,” Mr. Birtles told reporters after touching down in Sydney. “It’s just good to be home.” Mr. Smith stayed at the Australian consulate in Shanghai until his departure.

Australia’s Foreign Affairs Minister, Marise Payne, said Tuesday that the country’s embassy in Beijing and consulate-general in Shanghai engaged with Chinese authorities “to ensure their well-being and return to Australia.”

“The Australian government continues to provide consular support to Australian citizens detained in China, including Ms. Cheng Lei. We are unable to provide further comment owing to privacy obligations,” she said.

Diplomatic relations between Beijing and Canberra have steadily worsened. Above all since Australia began seeking support from European leaders for an investigation into the covid-19 pandemic.

Tensions also increased in July when Australia moved to suspend its extradition treaty with Hong Kong. Also giving the Hong Kong residents a pathway to citizenship in Australia. Above all in response to China Security Officials  imposing a new national-security law.

On July 7, Australia also upgraded its travel warning for mainland China. Saying that Chinese authorities have detained foreigners for allegedly “endangering national security.” Furthermore that Australians face the risk of arbitrary detention by the Communist Party.

The ABC said it had brought back Mr. Birtles following advice from the Australian government.

“This bureau is a vital part of the ABC’s international news gathering effort and we aim to get back there as soon as possible,” Gaven Morris, ABC’s director of news, said.

“The story of China, its relationship with Australia and its role in our region and in the world is one of great importance for all Australians and we want to continue having our people on the ground to cover it.”