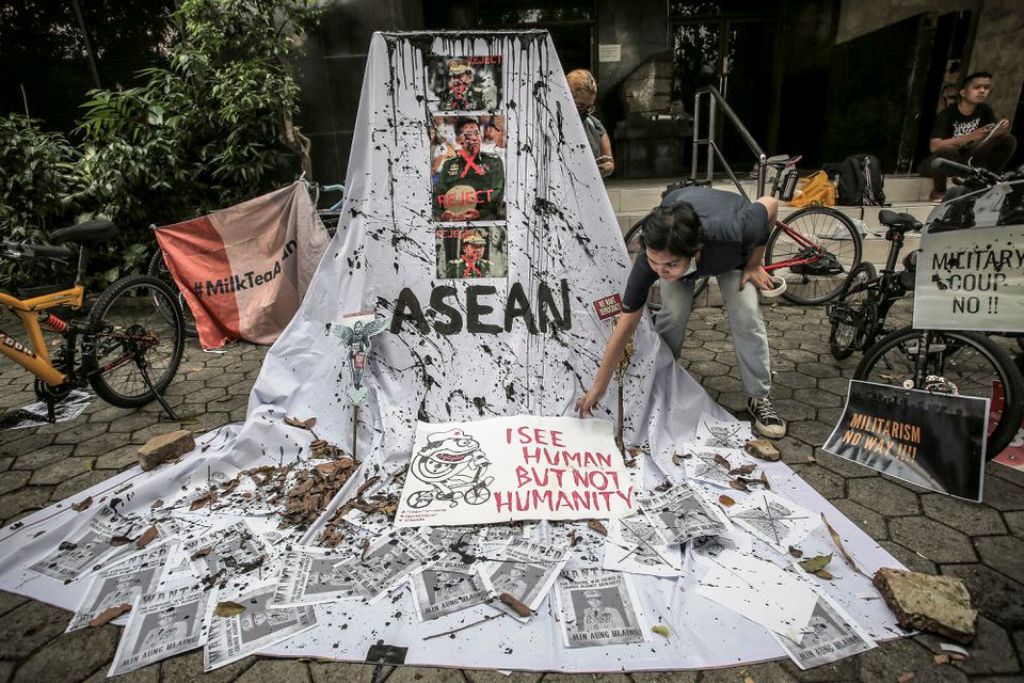 Pro-democracy activists have said an agreement between the Junta chief and ASEAN  is a slap in the face to the people of Myanmar. Leaders at the ASEAN leaders and Gen Min Aung Hlaing reached a consensus to end the turmoil in the country, but gave no timeline.

“Whether it is Asean or the UN, they will only speak from outside saying don’t fight but negotiate and solve the issues. But that doesn’t reflect Myanmar’s ground situation,” said Khin Sandar from a protest group called the General Strikes Collaboration Committee.

“We will continue the protests. We have plans to do so,” she told Reuters by phone.

According to a statement from ASEAN chair Brunei, a consensus was reached in Jakarta on five points; ending violence; a constructive dialogue among all parties; a special Asean envoy to facilitate the dialogue; acceptance of aid and a visit by the envoy to Myanmar.

The five-point consensus did not mention political prisoners, although the chairman’s statement said the meeting “heard calls” for their release.

ASEAN leaders had wanted a commitment from Gen Min Aung Hlaing to restrain his security forces. The Assistance Association for Political Prisoners (AAPP) says his forces have killed 748 people, including women and children since his February coup against the democratically elected government of Aung San Suu Kyi.

AAPP, a Myanmar activist group, says over 3,300 people are in detention from the Junta.

“We realized that whatever the outcome from the ASEAN meeting, it will not reflect what people want,” said Wai Aung a protest organizer in Yangon. “We will keep up protests and strikes till the military regime completely fails.” 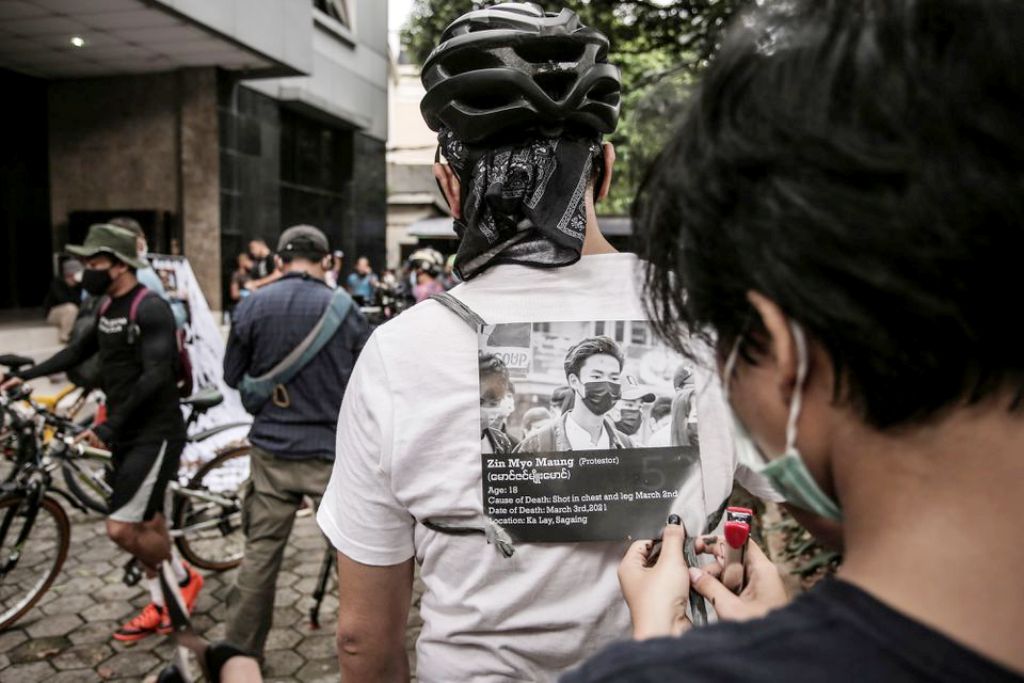 Slap on the face of the Myanmar people

Several people took to social media to criticize the consensus of the ASEAN summit leaders.The ASEAN’s statement from the Jakarta summit is a slap on the face of the people who have been abused, killed and terrorized by Myanmar’s Junta,” said a Facebook user called Mawchi Tun.

“We do not need your help with that mindset and approach.”

Aaron Htwe, another Facebook user, wrote: “Who will pay the price for the over 700 innocent lives.”

Phil Robertson, deputy Asia director of Human Rights Watch, said it was unfortunate that only the junta chief represented Myanmar at the meeting.

“Not only were the representatives of the Myanmar people not invited to the Jakarta meeting but they also got left out of the consensus that ASEAN is now patting itself on the back for reaching,” he said in a statement.

“The lack of a clear timeline for action, and ASEAN’s well known weakness in implementing the decisions and plans that it issues, are real concerns that no one should overlook.”

The ASEAN gathering was the first coordinated international effort to ease the crisis in Myanmar, an impoverished country that neighbours China, India and Thailand and has been in turmoil since the coup. Besides the protests, deaths and arrests, a nationwide strike has crippled economic activity.

Myanmar’s parallel National Unity Government (NUG), comprised of pro-democracy figures, remnants of Suu Kyi’s ousted administration and representatives of armed ethnic groups, said it welcomed the consensus reached but added the junta had to be held to its promises.

“We look forward to firm action by Asean to follow up its decisions and to restore our democracy,” said Dr Sasa, spokesman for the NUG.

Besides the junta chief, the leaders of Indonesia, Vietnam, Singapore, Malaysia, Cambodia and Brunei were at the meeting, along with the foreign ministers of Laos, Thailand and the Philippines. The NUG was not invited but spoke privately to some of the participating countries before the meeting.