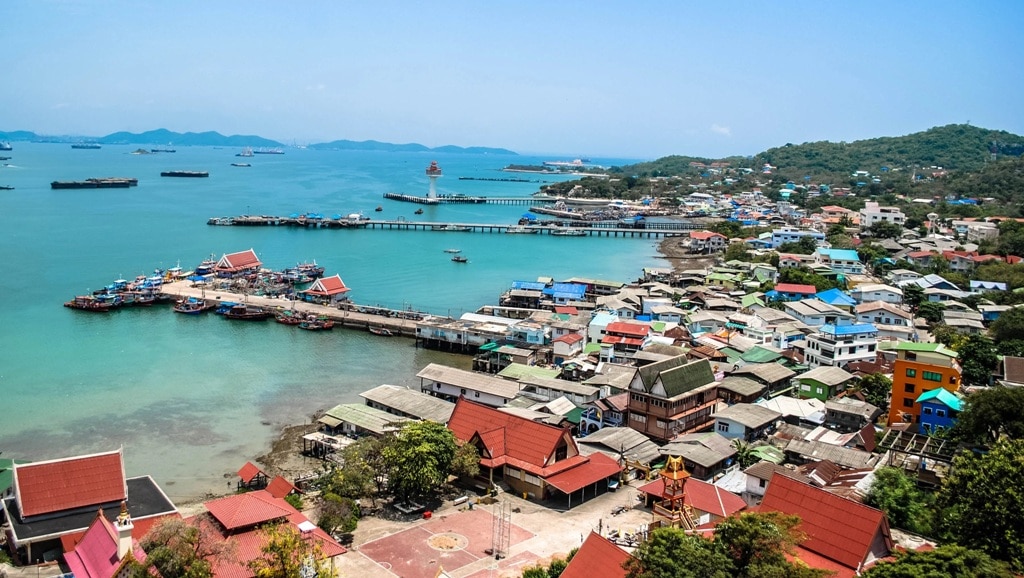 Governor Pakkathorn on Wednesday also signed an order of the provincial communicable disease committee to shut the Pattaaya passport office. The office is a branch of the Consular Affairs Department of the Foreign Affairs Ministry.

Pattaya is an independent jurisdiction, not part of the provincial administration. But the committee has the authority to enforce all orders related to coronavirus in the resort city.

The order also banned visitors to Koh Si Chang, off the Sri Racha district coast, until Jan 19. It also directed the district chief to strictly screen people going to and from Koh Si Chang Island. Mr Pakkathorn said in the order it was aimed at urgently controlling the spike of new infections in the province.

According to the Bangkok Post, Chon Buri, Thailand added 30 new patients and one death on Wednesday. The new figures will be added in the nationwide tally of the Centre for Covid-19 Situation Administration on Thursday. Sri Racha led other districts, with 21 infections, and the fatality was in Bang Lamung district, which adjoins Pattaya city.

The two checkpoints will operate daily between 7am-9am and 4.30pm-6.30pm for one month, starting Tuesday.

They are among 47 checkpoints to be set up all over Chon Buri province under an order issued on Monday by governor Pakarathorn Thienchai, chairman of the provincial communicable disease committee, he said.

Mr Amnaj said these checkpoints will strictly screen people travelling in and out of the province. Above all to help stop the spread of the virus. All travellers will have their temperature taken and identification documents checked. Wearing a face mask is compulsory.

Chon Buri is one of five high-risk provinces in Thailand the Centre for Covid-19 Situation Administration will propose be locked down. The others are Samut Sakhon, Rayong, Chanthaburi and also Trat, Thailand.