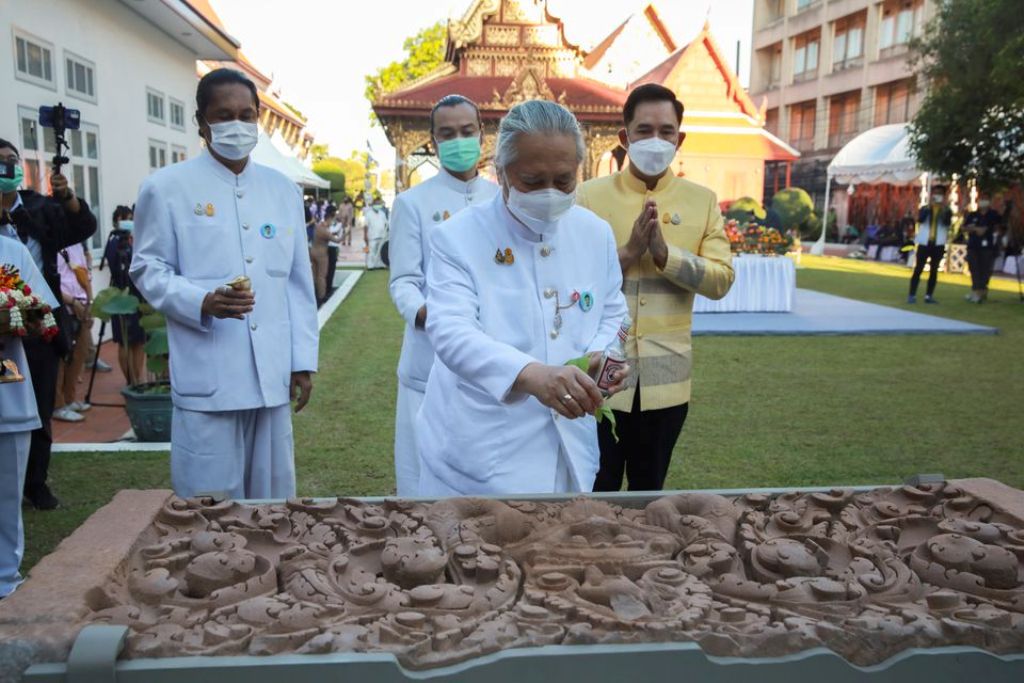 Thailand has welcomed the return of two ancient hand-carved artifacts that were stolen decades ago and smuggled out of the country to the United States.

The two 680 kg (1,500 lb) Khmer-style stone carvings had been on display at the Asian Arts Museum in San Francisco, which was required to forfeit them when a settlement was reached in February between the U.S. government and San Francisco authorities.

Thailand had informed the United States in 2017 that the lintels, which date back to the 10th and 11th century, had been stolen.

“Today is the day that they are finally returned to their home country and displayed here,” Thai culture minister Itthiphol Kunplome said at the Bangkok ceremony.

The sandstone lintels were once parts of the structure of two religious sanctuaries in Thailand’s northeast. The government will assess whether they can be returned to their original locations.

“This is a legal battle that has set an excellent example for the museums that still own Thai artifacts illegally because they know they will lose the case,” said Tanongsak Hanwong, who located the artifacts and pushed for their return.

“Many museums have chosen to reach out to begin the return process instead of going into the legal process.”

US returns hundreds of ancient artifacts

In 2014 the United States returned hundreds of ancient artifacts to Thailand that officials say were looted decades ago from a 5,000 year old UNESCO World Heritage archaeological site.

The collection of bronze items, pottery, stone tools, beads, and sandstone molds was returned Wednesday, during a ceremony at Thailand’s National Museum in Bangkok.

The artifacts were found in 2008, during a raid on the Bowers Museum in Santa Ana, California, after a five-year undercover federal investigation. The museum agreed to return the items in exchange for amnesty for its staff.

When US Chargé d’Affaires, W. Patrick Murphy, handed over the artifacts to Thailand, he assured reporters that the people allegedly involved antiquity smuggling would face criminal charges in the United States.