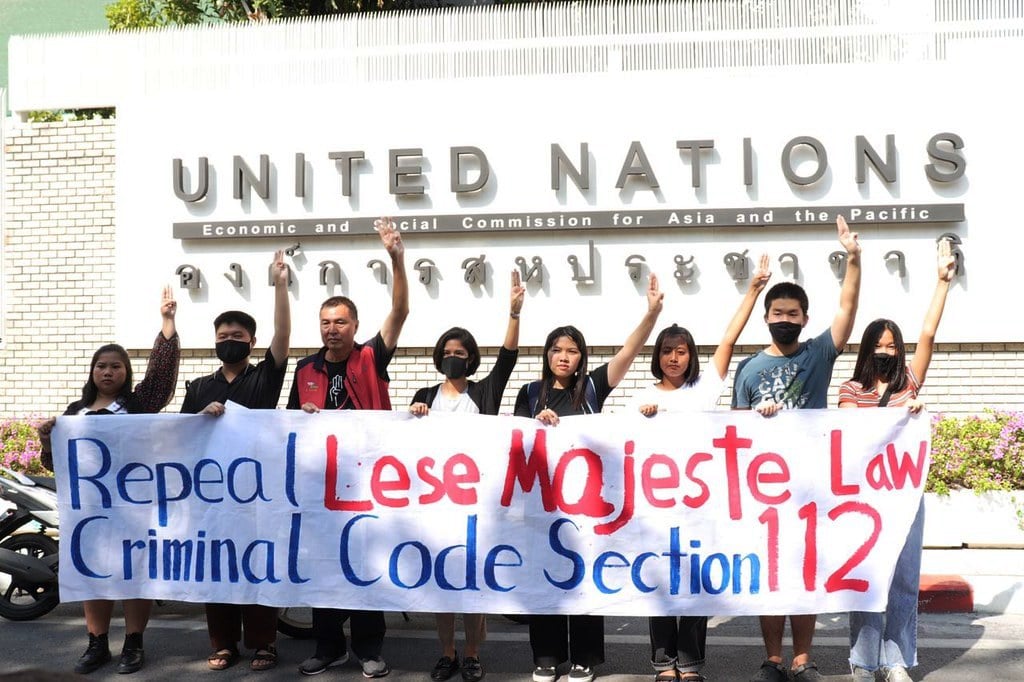 The UN Human Rights Commission on Friday expressed alarm over Thailand’s detentions of democracy activists, including a boy aged 16 years, under the harsh lese majeste law.

“We are deeply troubled by the move by Thai authorities to charge at least 35 protesters in recent weeks, including a 16-year old student protester, under Article 112 — the lese majeste provision of Thailand’s criminal code,” the United Nations Human Rights Committee said in a statement.

The activists are facing charges for headlining recent demonstrations demanding reforms to the monarchy and more scrutiny of the royal family’s financial arrangements.

The offence carries sentences of between three and 15 years’ imprisonment for defaming, insulting or threatening the royal family, noted Ravina Shamdasani, the committee’s spokeswoman.

“We are particularly alarmed that the 16-year-old protester was yesterday presented by police to the Juvenile Court with a request for a detention order.” The court has, however, denied the detention order and granted conditional bail.

Shamdasani noted that the committee had repeatedly asked Thailand to bring the legislation into line with its international obligations.

“It is extremely disappointing that after a period of two years without any cases, we are suddenly witnessing a large number of cases, and — shockingly — now also against a minor,” she continued.

She said the UN committee remained generally concerned that other serious criminal charges were being filed against protesters engaged in peaceful protests in recent months.

“We call on the government of Thailand to stop the repeated use of such serious criminal charges against individuals for exercising their rights to freedom of expression and peaceful assembly,” she said.

“We also urge the government to amend the lese majeste law and bring it into line with … the right to freedom of expression.”

Since the summer, democracy activists have been calling not only for a reform of the monarchy, but also for Prime Minister Prayut Chan-o-Cha to resign. – Bangkok post

Thailand’s Foreign Minister Shrugs Off US Senators Support for Protesters