Two Dead, One Injured after Car Crashes and Busts into Flames
Advertisement 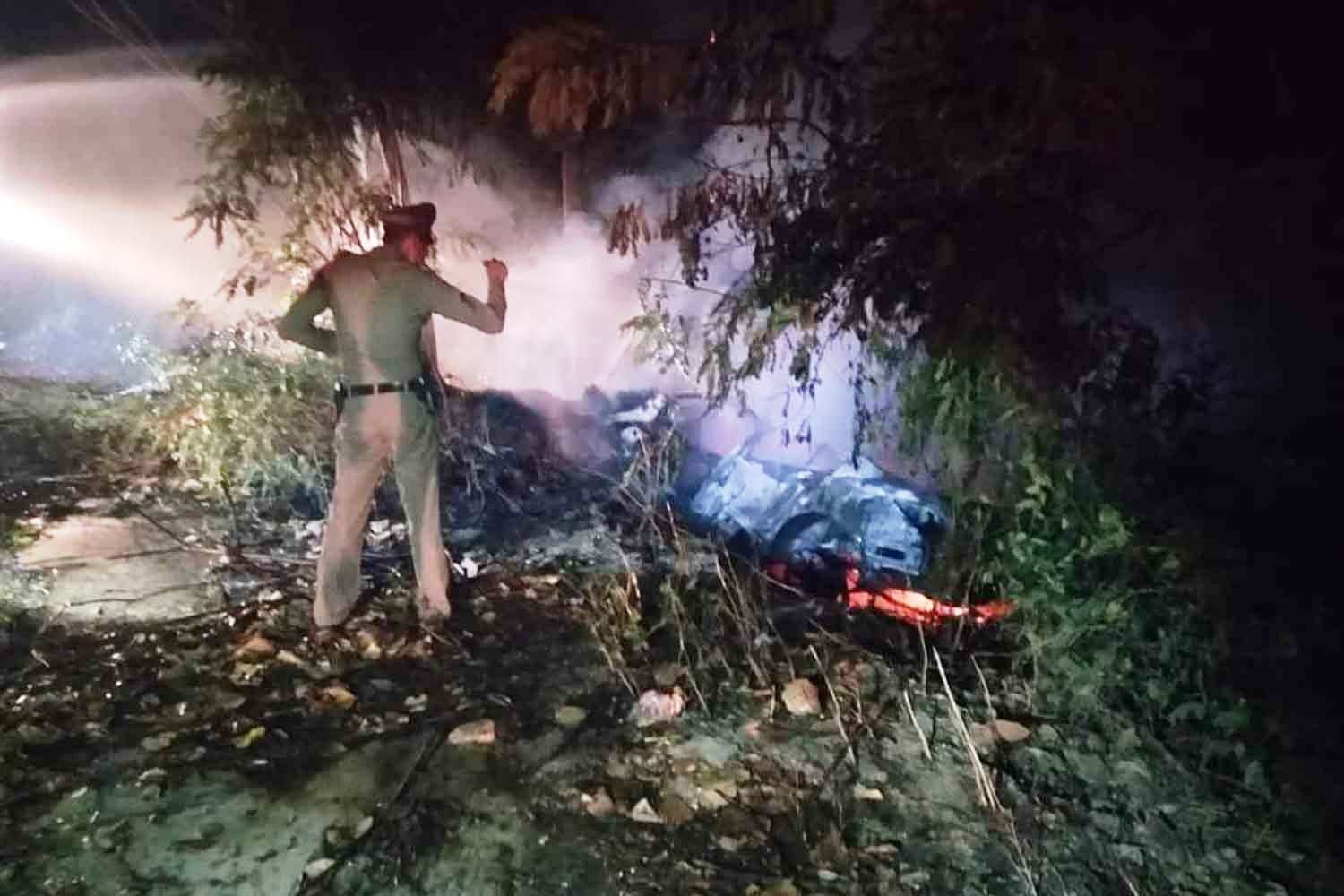 Two men have been killed and another man severely injured after their car crashes and went up in flames in central Thailand early Sunday, police said. Police said the accident occurred at about 1am at a bend on Ban Song-Nong Krachet road in central Thailand’s Phetchaburi province.

After being alerted to the accident, police found a white Honda, burning on the roadside. The flames were extinguished by firefighters and two men were found dead in the car.

Another man was thrown out of the car by the impact and severely injured. He was admitted to Phra Chom Klao Hospital in Phetchaburi city. Policare investigating to establish the cause of the accident but believe high speed played and intricate part in the accident.

Pickup Struck by Train in Phetchaburi 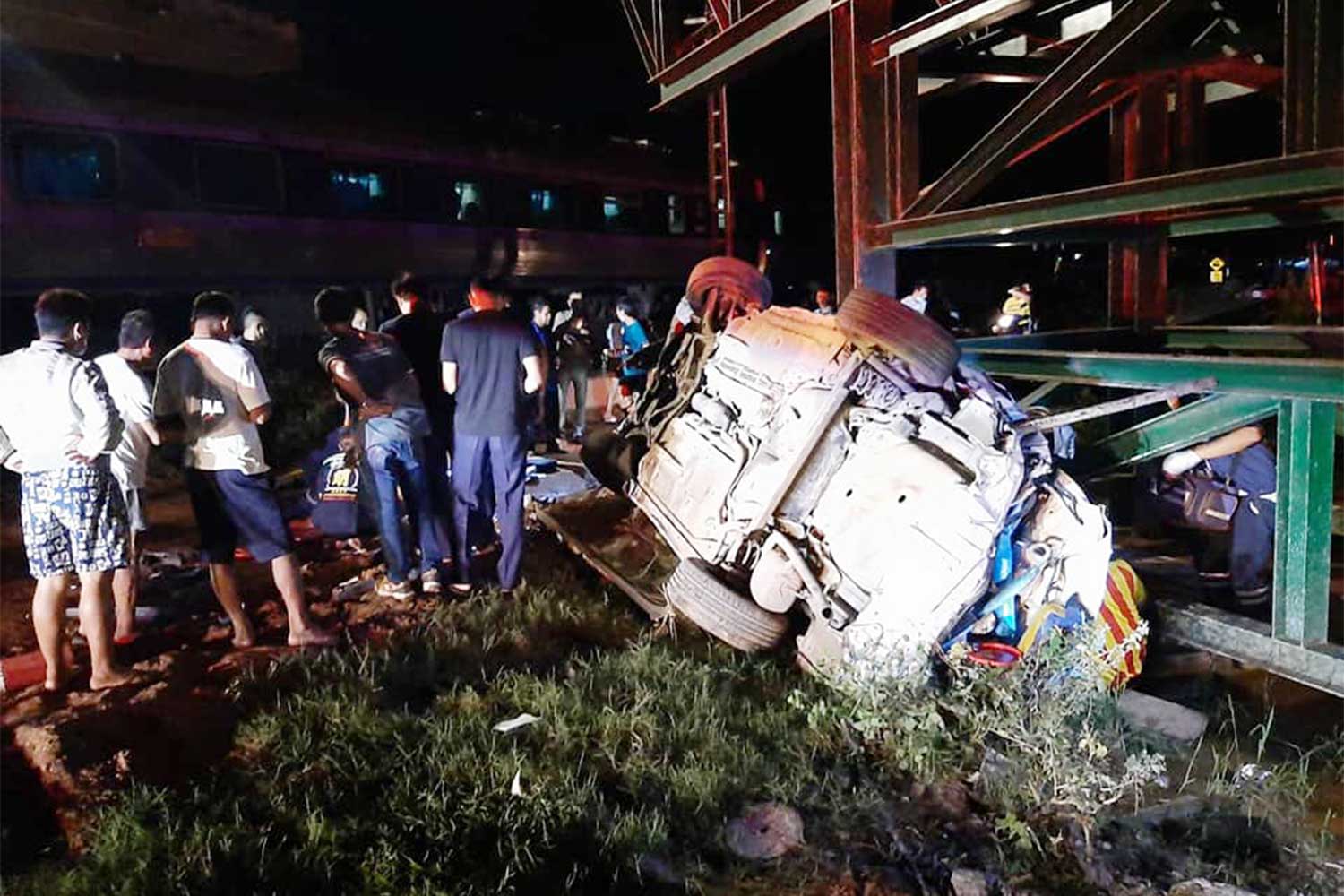 On October 16th, a woman was killed and two others hurt when a passenger train hit their car at an unguarded crossing in Phetchaburi province. The fatal crash occurred at a railway crossing near a bridge being built over a double-track at Huay Rong village.

The accident was reported around 10.50pm, according local police told the Bangkok Post.

Police and rescue workers rushed to the scene found a crushed Toyota Vios upended against the bridge beam supports. A dead woman passenger was found outside the vehicle, Thai media reported. Rescuers extracted two injured men trapped inside the wreckage and rushed them to hospital.

The Bangkok-Surat Thani special express train was stopped on the tracks nearby. It showed no damage.

Police said the three victims were employees of Royal Plus factory, which produces bottled fruit juice in Samut Songkhram province. Consequently they were returning residency after having a meal in Khao Yoi district, Phetchaburi. Police also said they would further investigate the cause of the crash.

Year by year, Thais are killed on the roads with an average of around 12,000 persons per year or about 2 persons per hour. In other words, every day, approximately 50 Thai people will never return home because of road accidents.

Speeding, drunken driving and failing to wear proper helmets are the primary causes of traffic deaths in the country, Thai officials say. While the laws are there to combat each of those factors, enforcement is not.