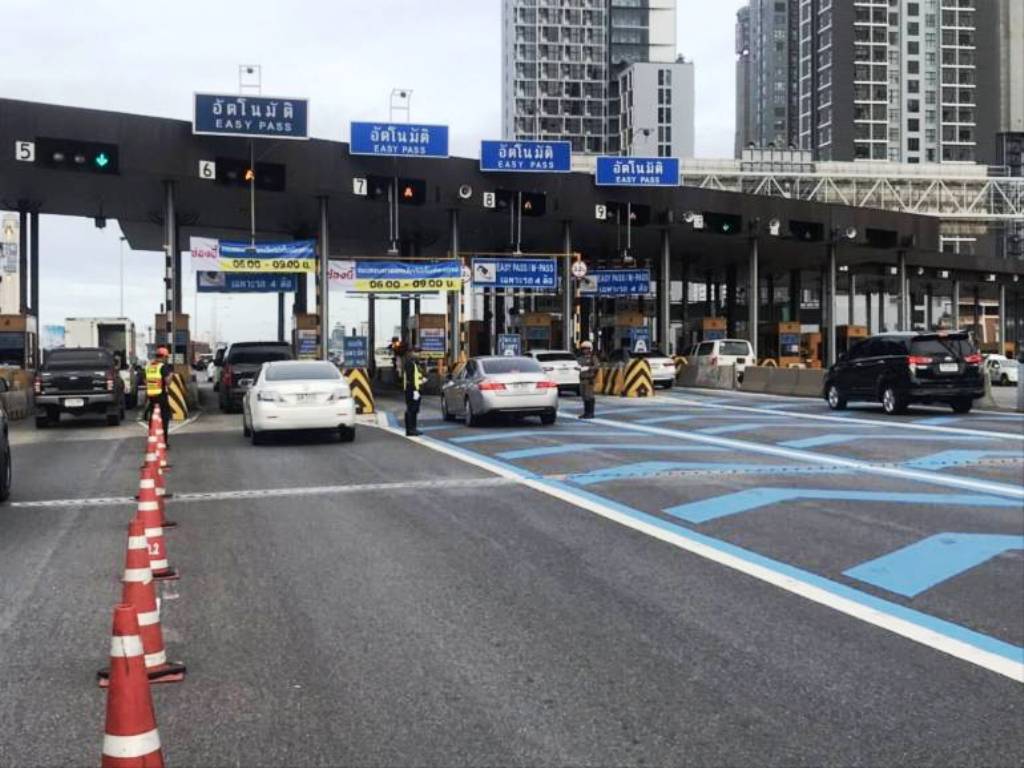 Thailand’s Ministry of Transport will scrap tollway booths and remodel billing systems to incorporate vehicle recognition. The move comes in a bid to reduce congestion on tollway and expressways next year.

Transport Minister Saksayam Chidchob on Tuesday told the Bangkok Post that the ministry’s vehicle registration database will be shared with the Department of Land Transport, Department of Highways and Expressway Authority of Thailand under a memorandum of understanding to track vehicles using tollways and expressways when barriers and toll booths are taken away next year.

He said a toll system without barriers and toll booths is being developed to be used on roads by the Department of Highways; Expressway Authority of Thailand; Department of Land Transport; Bangkok Expressway; and Metro Plc, and Don Muang Tollway Plc.

According to the new system, called M-Flow, license plate detectors will be used to match the vehicle registration information.The transport office will then bill motorists every month. Without the assistance of barriers and toll booths, the minister said.

In the meantime, the tracking system for post-payment will be tested at Bangkok’s Thap Chang Toll gate. All tollway and expressway gates will be modified by next year, he said.

“This system has another benefit … we can check for illegal vehicles,” he said. Referring to the linked database and the license detection system. Laws will be also amended so that failure to pay road tolls will be considered an offence, he said.

Sarawut Songsivilai, director-general of the Department of Highways, said officials will be able to check whether vehicles match their registrations or not. Then the bills will be mailed to the car owner’s home. Toll users will have 30 days to pay.

Current users of M-Pass will also be able to link their pass with their vehicle license. They will be able to pay their tolls bills automatically, he said.