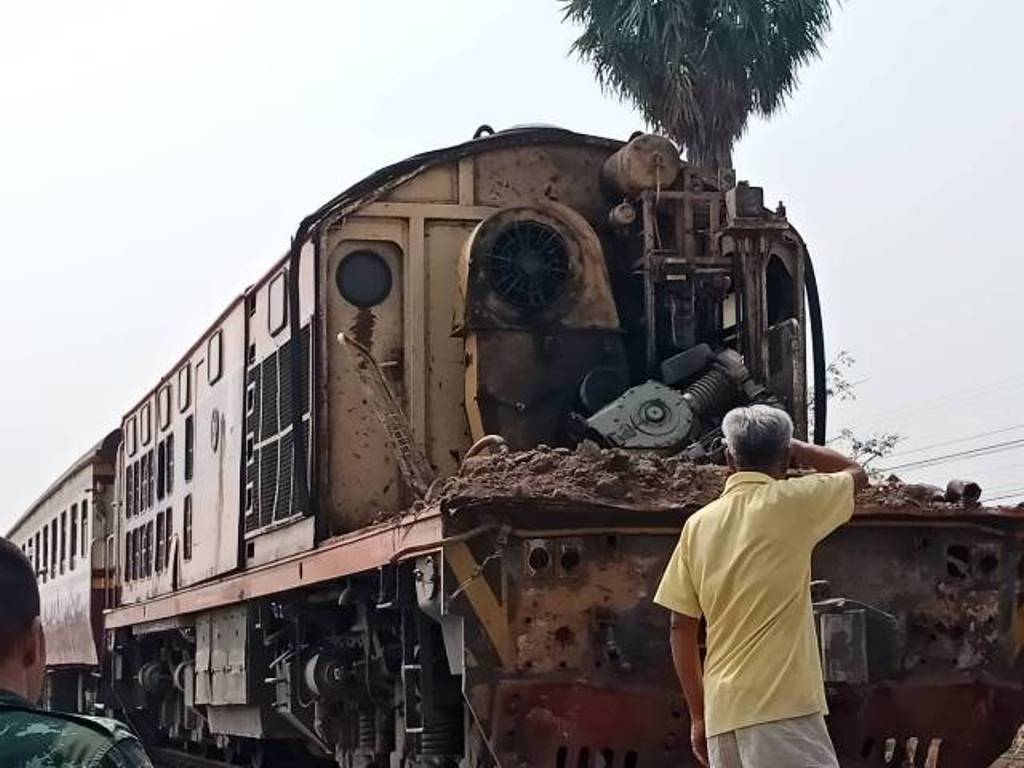 Both the driver of the trailer truck and locomotive were injured and taken to a local hospital by ambulance.

The accident occurred about 11.30am at a crossing with no barriers about 3 kilometres from Noen Ma Kok railway station, Police said.

As the Bangkok-Den Chai train approached the crossing as a 10-wheel truck trailer cut across in front of it. The train unable to stop crashed into the trailer.

The violent impact tore the front off the locomotive, which also derailed as the train, the Bangkok Post reports.

The locomotive driver suffered a head wound, while the engineer, escaped with only slight injuries.

The trailer truck driver admitted he did not see the oncoming train as he drove a cross the railway tracks.

The train had departed from Hua Lamphong in Bangkok at 7am and was heading for Den Chai in Phrae province. After a two-hour delay it continued its journey to Den Chai, pulled by a replacement locomotive.

No train passengers were hurt despite its derailment.

Photos from the Train Crash Scene: