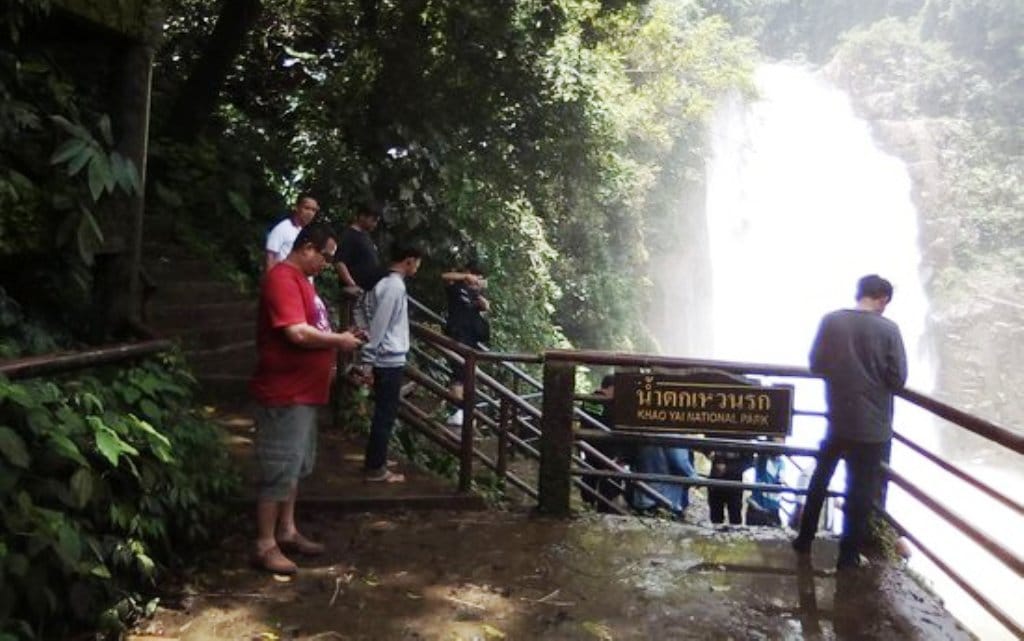 Official have temporarily closed central Thailand’s Khao Yai National Park after the gruesome discovery of the man’s body on Thursday evening. The dead man was identified as Thatchaphong Phongmee, 27, from Ang Thong province.

Park rangers noticed that a motorcycle had been parked at the entrance to the viewpoint for two days. They found a face mask lying on the pathway to the cliff. From the lookout, they examined the ground below, using binoculars, and saw a man’s body lying face-up at the bottom.

Relatives said they had tried unsuccessfully to contact him earlier by his phone. He did not answer. Local police said it was possible he walked to the edge of the cliff to get a better view, and accidentally toppled off.

The campsites inside Khao Yai National Park still remain closed after an elephant attacked a tent and killed one sleeping camper inside. The incident happened in the early morning of 15th January 2021

The elephant ran into the Pha Kluai Mai camping ground at around 2am and entered the tent of Prayod Chitboon, 80. It then grabbed the man with its trunk and flung him against a tree, killing him immediately. The rest of the campers ran to safety.

Khao Yai officials said later that the dead man’s car was filled with pomelos and the animal was possibly lured by the load. Officials also found Bt103,108 (S$4,500) in cash among Prayod’s belongings and have called his relatives to take the money.

Meanwhile, villagers in western Thailand’s Kanchanaburi province  have called for help after their farms were pillaged by wild elephants, leaving considerable damage to their crops. Somkhuan Thongpraneet, of Moo 3 village, said the raids had continued for several months.

Khao Yai is no doubt the best national park in Thailand for regular visitors where it is relatively easy to see some impressive animals.

Established in 1962 as Thailand’s first national park, it is the third largest national park in Thailand. Situated mainly in Nakhon Ratchasima Province, Khao Yai extends into Prachinburi, Saraburi and Nakhon Nayok provinces. The main checkpoint of the park is 180 km from Bangkok.

The park covers an area of 2,168 km², including rain/evergreen forests and grasslands. 1,351 meters high Khao Rom is the highest mountain within the park. The average altitude of the national park ranges from 400 to 1,000 meters.