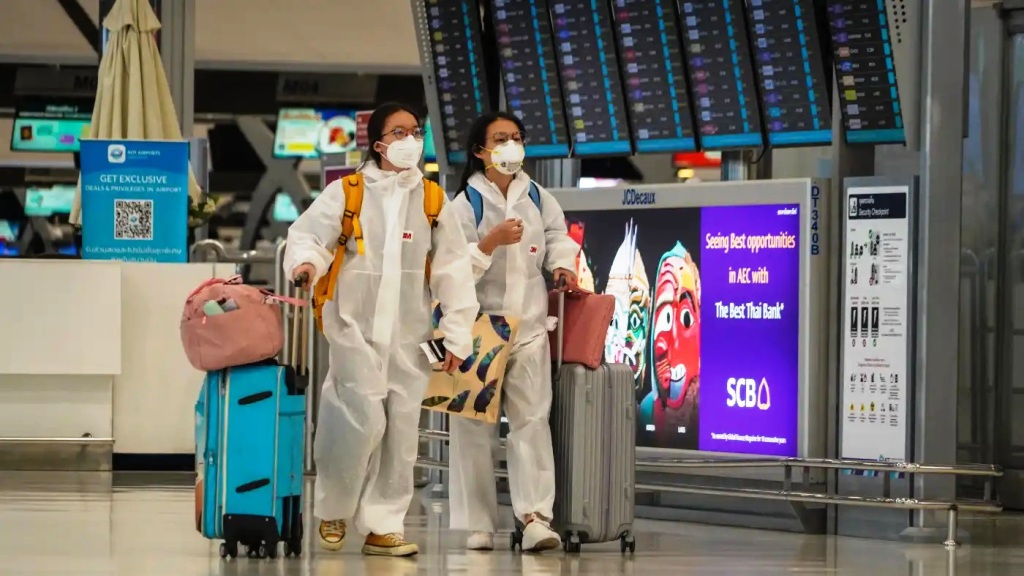 A grim warning has been issued by a leading medical expert as Thailand grapples with its third and worst wave of COVID-19: Expect a double-digit death toll to become regular daily occurrence.

“At Siriraj Hospital, about one in four COVID-19 patients has developed lung inflammation,” Prasit said, “This rate, which is more than before, will translate into a higher mortality rate – a two-digit figure [perhaps daily]”.

COVID-19 emerged in Thailand early last year, but the country managed to control the first wave efficiently. Stringent measures including strict lockdowns resulted in just 4,237 COVID-19 infections and 60 deaths in the 11 months from January to mid-December.

The second wave proved more virulent and dangerous. From December 15 to March 31, the virus infected 24,626 people in Thailand, killing 34 of them.

The third wave, which began in early April, has already dwarfed its predecessors, totalling 30,824 cases and 69 fatalities as of Tuesday (April 27). Simply put, the UK variant of COVID-19 has killed more people in Thailand this month than in the whole of 2020.

Disease Control Department director-general Dr. Opart Karnkawinpong said the high death count in recent weeks has sent Thailand toppling down the international pandemic standings. Thailand was ranked 106th for COVID-19 deaths on April 23. “But if the focus is just on the April 16-23 period, Thailand is in 50th spot,” he said.

Records also reveal the period between confirmed infection and death of COVID-19 patients from the UK variant in Thailand this month averaged only six days. Early last year it was 12 days, but the period shortened to seven days in December.

Also, COVID-19 is no longer killing only elderly people or those with chronic diseases. A 24-year-old woman succumbed to the disease on April 20, followed by a 24-year-old man on April 26.

Early this month, the UK strain of COVID-19 (B117) was found in Thailand for the first time. The discovery triggered alarm since this mutant is thought to be 1.7 times more contagious and deadly than other strains. According to one overseas study, deaths from B117 infections are between 30 and 100 percent higher than deaths from earlier variants.


Meanwhile, Dr. Chawetsan Namwat of the Disease Control Department said epidemiologists are trying to determine if the soaring death toll is also linked to people’s difficulty in accessing medical services.

Prasit noted patients’ demand for ventilators and ICU care had risen sharply in recent weeks. While his hospital has increased its beds, adding more medical staff in a short period of time is more difficult.

“Also, a scramble for Favipiravir has started,” said Prasit, referring to the antiviral drug used to combat COVID-19. “Demand for this medicine has risen across the world.”

He added while Thailand is not yet suffering a shortage of ventilators, special respirators needed for severely ill COVID patients were not readily available.

Opart said his department was closely monitoring the situation and might adjust treatment guidelines in a bid to save more lives. The current guidelines include only a few drugs other than Favipiravir for use in COVID-19 treatments.