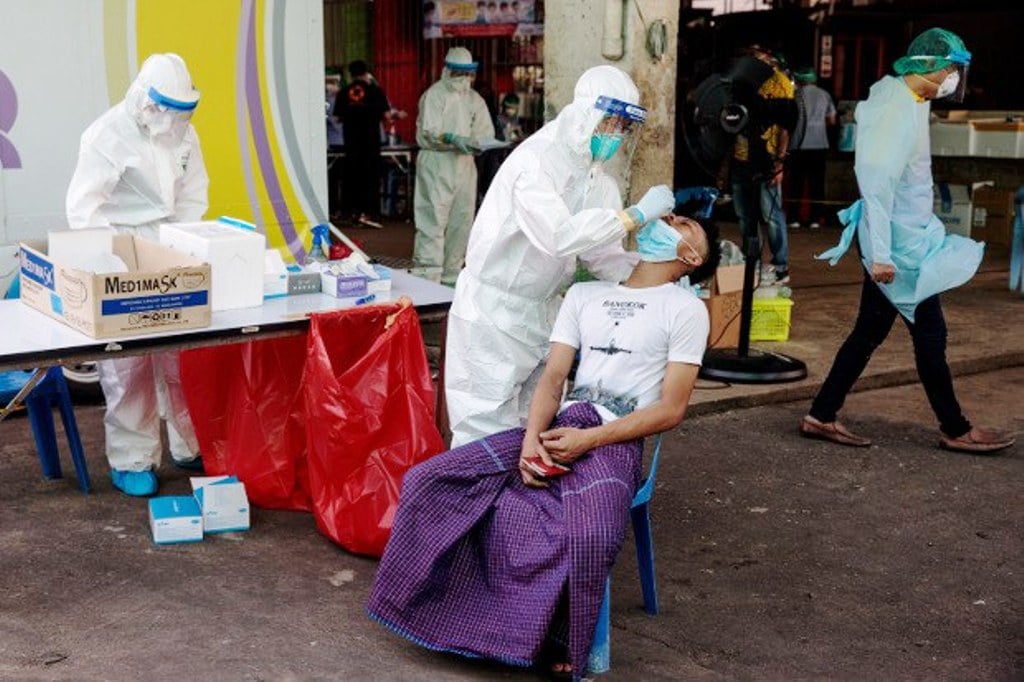 The additional 541 more infections brought the total in the province to 2,401.

The new caseload included 448 migrant workers who were diagnosed through active testing, and another seven at hospitals, it said. The rest were Thai nationals.

The new cases found in the province will be included in the daily update of the Centre for Covid-19 Situation Administration on Monday — now sure to register the highest daily number of cases since the beginning of the pandemic.

The Central Shrimp Market in Samut Sakhon Province is the epicentre of the new outbreak that has now reached 53 provinces. The market and some other areas are sealed off and a curfew has been imposed.

The confirmed new coronavirus cases,brought the accumulated total number of infections since the start of the pandemic to 7,694, as of Sunday January 3rd, 2021. No new deaths were reported, leaving fatalities at 64.

Health officials said 294 of the 315 new covid-19 cases were locally transmitted. Of the 294 local cases, 274 were Thais and twenty migrant workers, 17 in Samut Sakhon and three in Nonthaburi.

The greatest number of newly infected Thais were in the following provinces:

Despite the new surge of the coronavirus, the government plans to show some flexibility on new restrictions to be announced on Monday after Prime Minister Prayut Chan-o-cha signs the directive as the CCSA director.

CCSA spokesman Taweesilp Visanuyothin said the draft regulations to be forwarded to the prime minister on Monday will not ban customers from eating in restaurants, provided the establishments strictly follow protocol. Shopping centres will maintain normal hours and some activities — such as interprovincial travel from at-risk provinces — will be allowed, he added.

“We have toned down our previous plan,” the spokesman said, explaining that the CCSA decided not to enforce a national lockdown because of the devastation it would cause to businesses and the wider economy.

“We will not lock down the country because there is an economic cost to pay and everybody will suffer,” he said.

The CCSA has left room for provincial governors, including the Bangkok governor, to impose tougher restrictions beyond the new measures to be signed off by the prime minister. Governors serve as the chairmen of each provincial communicable disease committee.

“They cannot weaken the CCSA measures but they can add more restrictions,” he told the Bangkok Post.