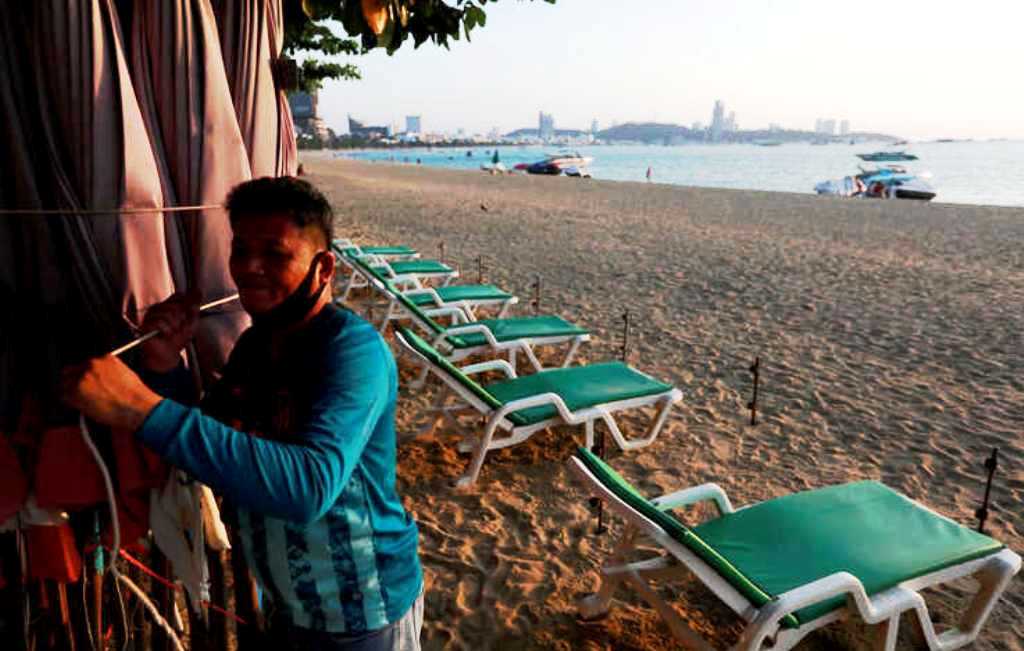 The resort city of Pattaya has been locked down until further notice to curb a surge in Covid-19 infections plaguing Thailand. Pattaya and the rest of Bang Lamung district in Chonburi Province are now under full lockdown the provincial disease control committee said on Wednesday.

The lockdown order, signed by Governor Pakarathorn Thianchai, the committee chairman. The order was issued after 22 new Covid-19 infections were registered in Bang Lamung district of Chonburi province..

The following measures are to be taken under the lockdown order:

– All department stores, restaurants and shops selling food and drinks are closed. They are open to customers for take-home only;

– Convenience stores are closed between 10pm-5am;

– All educational institutes, both public and private facilities at all levels, including tuition and nursery schools, are closed;

– All venues for both outdoor and indoor activities likely to draw crowds of people are closed.

– Face masks must be worn outdoors and at crowded venues.

Violators are liable to penalties under the Communicable Disease Act of 2015 and other related laws.

The order was sent to the Chon Buri police chief; heads of state enterprises and government offices; the Chon Buri provincial administration organization (PAO); Pattaya City; and all municipalities in Bang Lamung for immediate implementation.

The Thai government has banned all gatherings “posing risk of disease transmission”, except for household meetings and government activities, effective immediately in Covid-plagued zones.

Dr Taweesilp Visanuyothin, spokesman of the Centre for Covid-19 Situation Administration, said the ban applied to any gatherings that would pose a risk of disease transmission, exploit opportunities to compound people’s hardships or were intended to spread the disease.

Meanwhile, Provincial governors are to declare which areas are designated maximum control, control, close surveillance and surveillance zones. They will also set their own policies on quarantine for arrivals, according to the Bangkok Post.

Violators will face punishment under Section 18 of the Executive Decree on Public Administration in Emergency Situations. The section carries a jail term of up to two years and/or a fine of up to 40,000 baht.

The ban was issued by defence forces chief Gen Chalermpol Srisawasdi in his capacity as the official tasked with handling security-related emergency situations.

The announcement came after the latest Covid-19 outbreak was found to have spread to a majority of Thailand’s provinces.

Thailand Imposes a Ban on Gatherings Over Covid-19 Outbreaks