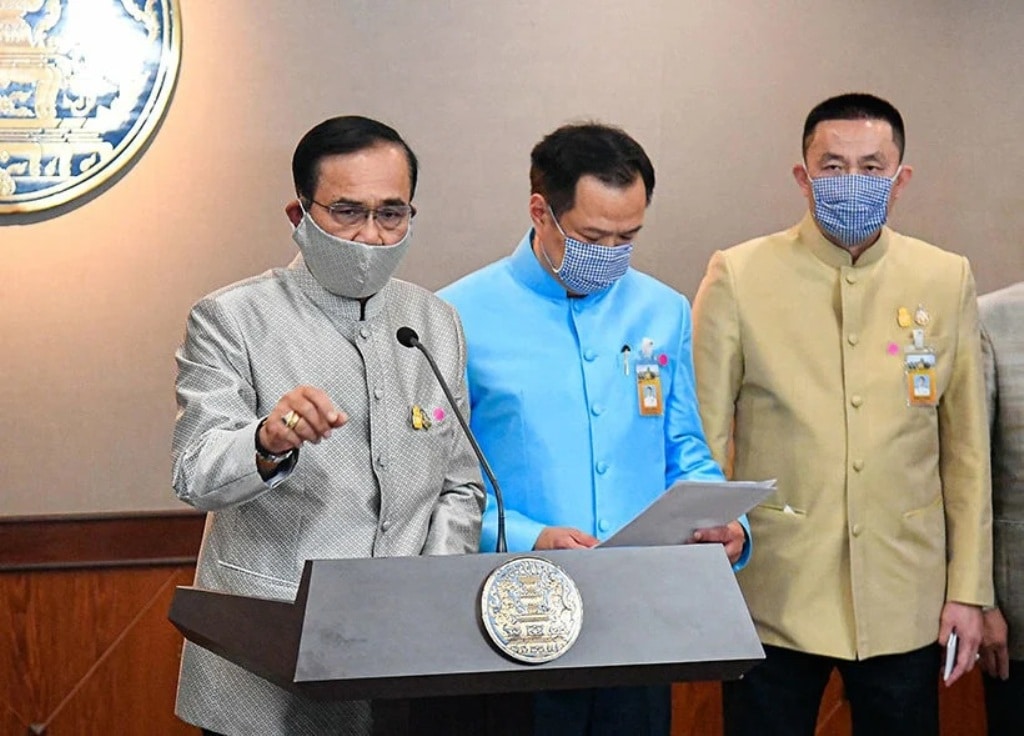 The prime minister on Monday urged the public to stay at home to help contain Thailand’s biggest covid-19 outbreak and avoid a strict lockdown. Health officials confirmed a daily record of 745 new infections as of Monday.

The government has declared 28 provinces, including Bangkok, as high-risk zones and asked people to work from home and avoid gathering or travelling beyond provincial borders, as infection numbers climb after an outbreak was detected last month at a seafood market near the capital.

“We don’t want to lock down the entire country because we know what the problems are, therefore can you all lock down yourselves?” he told Reuters.

“This is up to everyone,” Prayuth said. “If we don’t want to get infected, just stay home for 14 to 15 days. If you think like this then things will be safe, easier for screening.” Thailand has recorded 8,439 coronavirus cases and 65 deaths overall, among the lowest numbers in Asia.

Most new cases are linked to a cluster among migrant workers that started in Samut Sakhon, a coastal province southwest of Bangkok, and led to infections in more than half of the country’s provinces.

The government’s COVID-19 taskforce has recommend extending an emergency decree that gives power to health authorities and provincial governors until the end of February.

Alcohol sales in restaurants have been banned and bars and other entertainment venues closed in high-risk provinces. Provincial governors have been empowered to set their own restrictions.

Schools and education centres nationwide have been closed for a month.