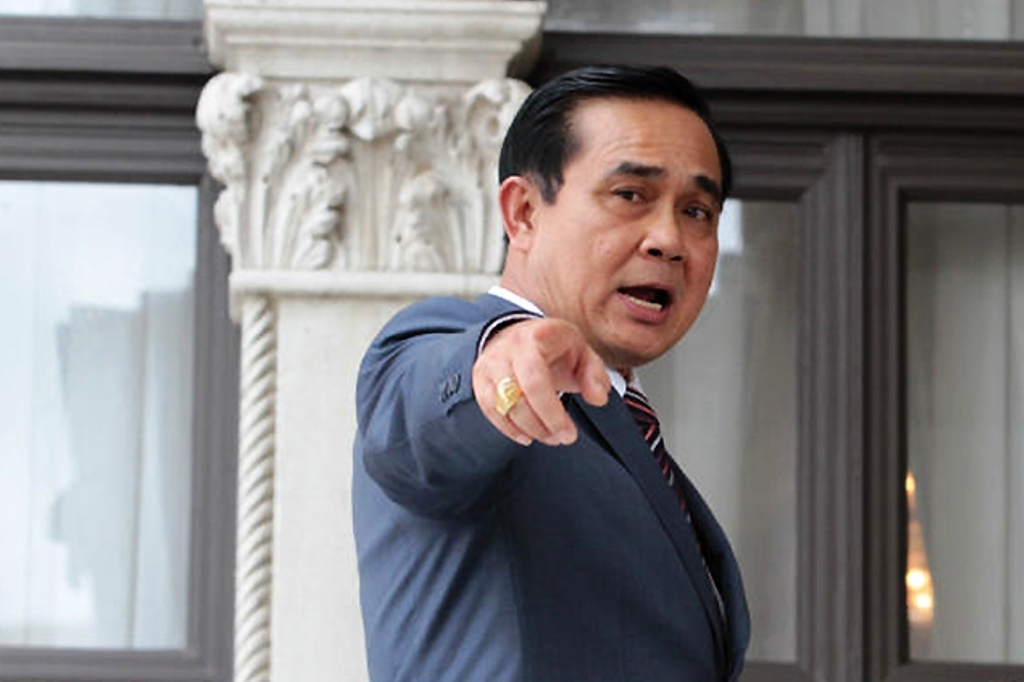 Thailand’s Prime Minister Prayut Chan-o-cha has indicated that the lese majeste law will be among “all laws and articles” to be enforced against demonstrators. Asked by reporters at Government House whether Section 112 of the Criminal Code, known as the lese majeste law, would also be enforced, Gen Prayut said: “It is among all those laws. Do you understand the term all laws?”

Referring to cases involving the insulting of the monarchy, the PM added: “The government must take swift action because many people have voiced opinions on the issue. People nationwide cannot accept this.”

On Thursday, Gen Prayut declared that “all laws and all articles” would be enforced against protesters who broke the law.

He gave his warning after street rallies by pro-democracy protesters demanding his removal and reform of the monarchy.

Gen Prayut also brushed aside a claim made on Facebook by protest leader Arnon Nampa that he might resign by Wednesday, when the protest movement plans another rally in front of the Crown Property Bureau.

“The person who made such a claim was ill-informed. How can we trust him?” Gen Prayut said.

Meanwhile, Bangkok police are to press charges against 31 demonstrators over this week’s anti-government rallies outside parliament and the police headquarters.

A police spokesman said on Friday that no decision had been made yet on whether those charges would includes breaches of Section 112.

Pol Maj Gen Piya Tawichai, deputy commissioner and spokesman of the Metropolitan Police Bureau (MBP), said 14 people had been identified as committing offences near parliament in Dusit district on Tuesday, and 17 others during the protest outside the Royal Thai Police Headquarters in Pathumwan district on Wednesday.

They were from both sides, from a royalist group and from the anti-government side and police would start calling them in to acknowledge charges next week, he said.

The charges would include attempted murder, causing damage to government property, demonstrating without prior permission, assembling to create disorder, physical assault and violation of cleanliness and land traffic laws.

Pol Maj Gen Piya said three people who were shot during the clashes between rival groups of demonstrators near parliament had been questioned.

Breaches of the lese majeste law 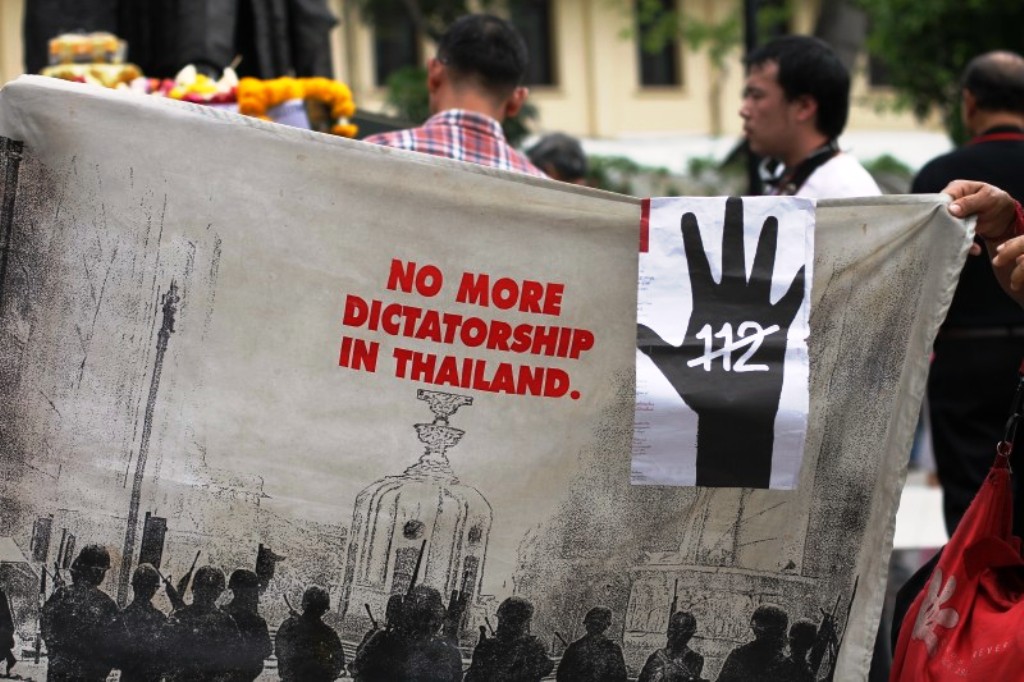 One was shot at the Bang Pho intersection and two at Kiakkai intersection. He also also said police had yet to decide on the criteria to be imposed when considering breaches of the lese majeste law.

Anti-government demonstrators are demanding the resignation of the prime minister, constitutional changes and the reform of the royal institution.

They have used offensive language to convey their messages, including those concerning the monarchy.

Regarding the arrest of a member of the pro-monarchy group who carried a gun during the rally near parliament on Tuesday, Pol Maj Gen Piya said the gun had been confiscated and sent for examination to determine whether it matches bullets gathered at the scene.

Police have instructed two teenage members of the “Bad Students” group to report to Lumpini police and answer charges of violating the emergency decree by taking part in an anti-government rally on Oct 15.

Pol Maj Gen Yingyos Thepchamnong, a spokesman for the Royal Thai Police, said the two would be questioned in the presence of their parents and a lawyer.

Pol Maj Gen Piya added that about 900 riot police will be sent to maintain order at Ratchaprasong where the Bad Students group will hold a rally today. He also mentioned a clip of a man wearing a pink raincoat shooting at the anti-government protesters during the rally near parliament on Tuesday.

The man was alleged to be a member of the royalist group of yellow-clad people but after checking security camera footage, police confirmed that the man did not belong to the royalist group and had in fact fired shots at both groups, Pol Maj Gen Piya said.

Some in the crowd were shot, according to medical workers, but it was unclear who opened fire. A photo of the man wearing the pink raincoat aiming what looked like a weapon at the protesters was shared on social media.

A former Supreme Court judge, Chuchart Srisaeng, posted on Facebook on Friday that one group of people on Wednesday’s protest had thrown dirt on the road and the fences outside the Royal Thai Police headquarters and Wat Pathum Wanaram, along with writing rude words unacceptable to civilized people.

But at the same time another group removed the foul language with difficulty. “That is the difference between good deeds and bad,” he said. – Bangkok Post