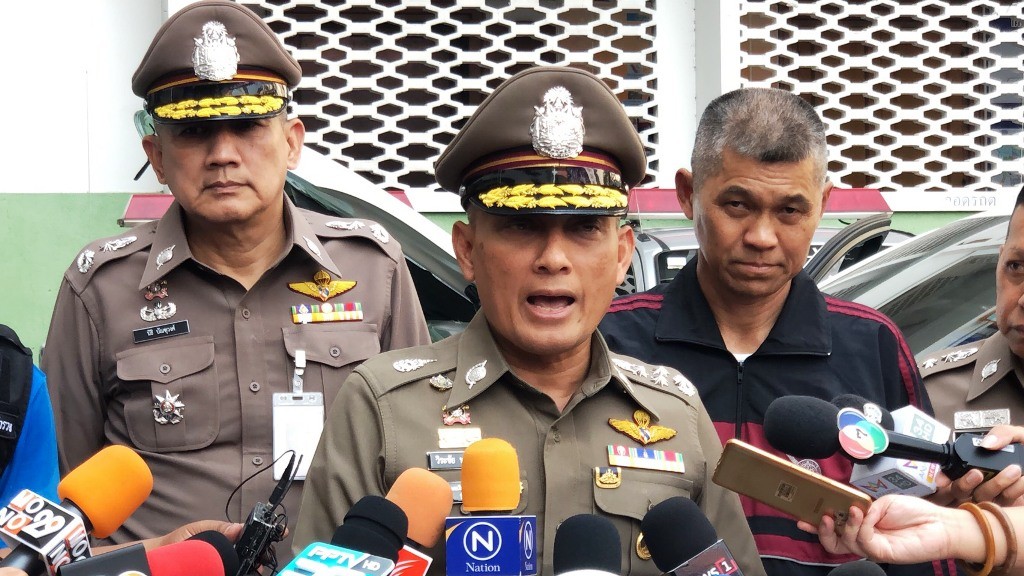 Thailand’s Prime Minister has removed deputy police chief Pol Gen Wirachai Songmetta from his position less than a week after he was reinstated to the post. The announcement of the Prime Minister’s Office said His Majesty the King had approved the removal of Pol Gen Wirachai from the deputy police chief post at the request of the Secretariat of the Cabinet due to his serious disciplinary violations.

It remains unclear why the announcement was made public on one week after Gen Prayut put pen to paper. No details were given on the offences he had allegedly committed.

An audio recording leaked on Jan 9 contained a conversation between the national police chief and his deputy. Pol Gen Chakthip allegedly told Pol Gen Wirachai to stay away from the case involving shots fired at an SUV belonging to former immigration chief Pol Lt Gen Surachate Hakparn on Jan 7 — an order the deputy then apparently defied.

“I am going back to my police responsibilities. I am in good spirits,” Pol Gen Wirachai said on July 23.

Before he returned to the post, however, Pol Gen Chakthip ordered the Office of Legal Affairs and Litigation to initiate legal action against his deputy, according to a source.

The internal disciplinary investigation into Pol Gen Wirachai started on July 29, according to Manager Online. On Aug 13, Pol Gen Chakthip ordered Pol Gen Wirachai to assist at the operation commander centre of the RTPO pending the result of the probe, it added.

July 29, the date the investigation started, was also the date Pol Gen Wirachai was shunted from the deputy police chief job, according to the announcement of the Prime Minister’s Office on Sunday.

The replacement for Pol Gen Wirachai and the reshuffle of other senior officers are expected to be discussed in a meeting of the police board chaired by Thailand’s prime minister on Thursday.