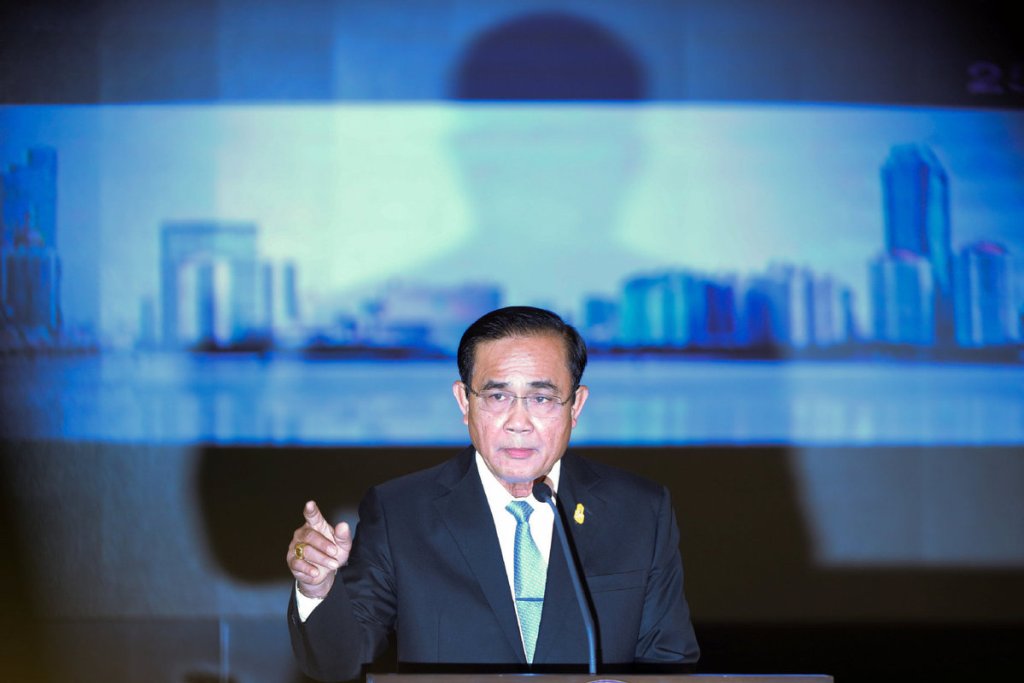 He asked anti-government protesters to reciprocate by toning down their hateful and divisive speeches.

“I will make the first move to de-escalate this situation. I am currently preparing to lift the emergency decree in Bangkok and will do so promptly if there are no violent incidents,” he said in a TV broadcast Wednesday night.

“Furthermore I ask the protesters to reciprocate with sincerity. Please turn down the volume on hateful and divisive talk,” he said.

“Let us respect the law and parliamentary democracy, and let our views be presented through our representatives in parliament,” said Gen Prayut. Referring to the cabinet’s decision to support a proposal to convene a special parliamentary session to discuss ways to defuse the ongoing political conflict and end the emergency decree.

The PM said that as leader of the government he was responsible for reconciling opposing views. Especially extremist ones, so that people could live peacefully together in a country that belonged to everyone.

An ideal solution to the current conflict would be one that was fair for not only those taking to the streets but also those many million others who chose not to join the protests, he said.

“Now that the protesters have made their voices and views heard, it is time for them to let their views be reconciled with the views of other segments of Thai society through their representatives in parliament,” he said.

Meanwhile, Thailand’s Deputy Prime Minister and the Minister of Public Health said his Bhumjaithai Party would not abandon the government. Regardless of the protesters’ call for Prime Minister Prayut Chan-o-cha to resign.

Mr Anutin urged all the protesters to accept that the government was listening to them. Especially by the fact it was reconvening the House early next Monday.

Mr Chuan discouraged MPs from using the extraordinary session to verbally attack each other.

Regarding security arrangements, Mr Chuan said there was no need for more security forces from the police or military to be in attendance.

He said it was unlikely that the situation would escalate and said protesters would be allowed to hold activities on the premises, provided they don’t use violence or carry weapons.

A House committee is still considering all six drafts of the revised charter but it might not finish in time during the upcoming extraordinary parliamentary session, Mr Chuan said.

Meanwhile, the opposition Move Forward Party proposed a few days ago that charter amendments be discussed during next week’s extraordinary sessions. Lawmakers have called for the House, which is in recess, to be recalled early. Above all to move the political conflict from the streets to parliament.

Prime Minister Prayut Chan-o-cha has also said for the first time that he supports a special parliamentary session aimed at easing the escalating political conflict.

Kanchana Silpa-archa, leader of the coalition Chartthaipattana Party, commended the non-voting parliamentary session tentatively scheduled for Monday and Tuesday. Saying it would be a good opportunity for lawmakers to discuss all the issues.

Ms Kanchana confirmed that her MPs would take part in the extraordinary sessions. Also adding that she preferred such a debate to take place inside Thailand’s parliament, not outside.