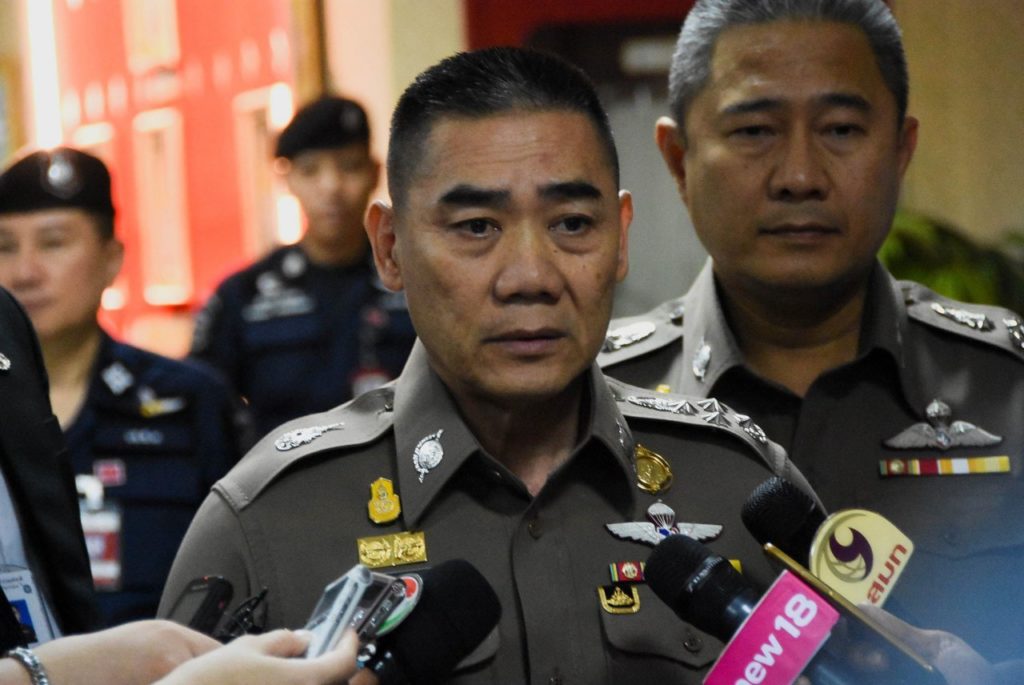 Thailand’s Police chief has reported that the suspect in the Lopburi gold heist case, who also killed three people may have fled the country. National Police chief Pol General Chakthip Chaijinda spoke to a news briefing on Wednesday.

The police chief blamed Thai media coverage of investigations that may have alerted the suspect. After speaking with the investigating team in Lopburi province, Chakthip said he believed the suspect might have fled the country.

“This is because of the media’s reporting, which might have tipped the suspect off that we were getting close to identifying him,” he said. “I would like to ask the press to use discretion in reporting so that it does not jeopardize the investigation.”

Chakthip added that he would consider disciplinary action against police officers who revealed classified information about the case. Information leaked to the press on the investigation and the names of interrogated suspects.

The Police chief admitted that the investigation had faced some obstacles and also pressure from society. “I believe police could work faster and better if we withhold information from the press. At least until we have solid evidence.

Chakthip said online media is the biggest obstacle for the police. They tend to guide readers towards a certain direction instead of staying neutral.

As for progress in investigations in the case, on Wednesday the police summoned for questioning the owners of 13 guns. The same model allegedly used by the gunman. Police ballistics found that none of the 13 guns were the one used by the suspect in the gold heist.

Kratom to Be Removed as Type-5 Narcotic in Thailand