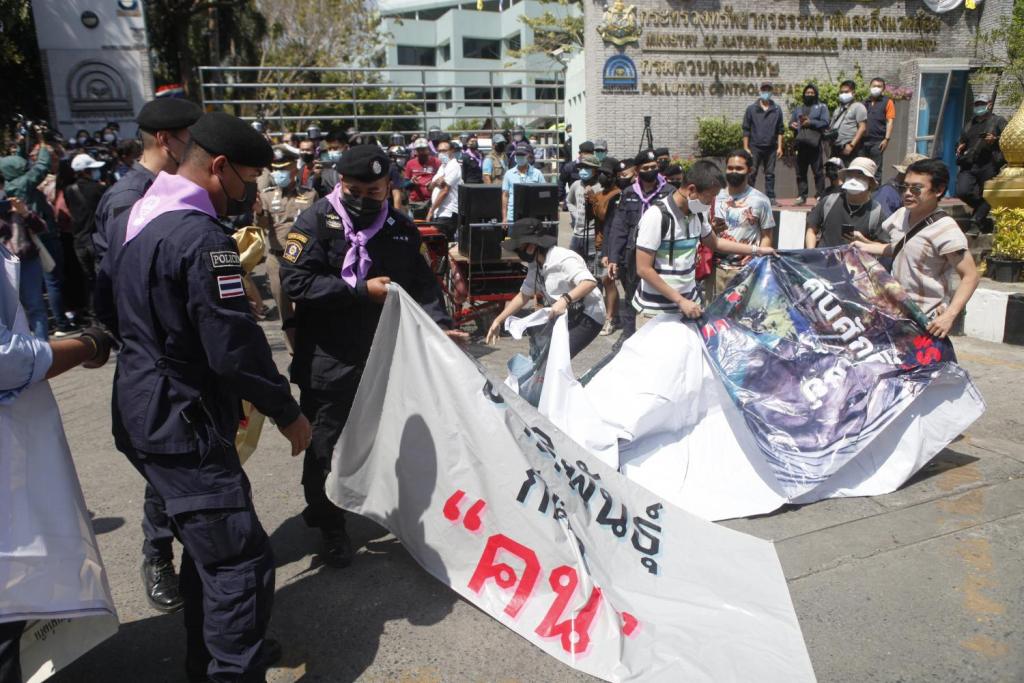 Thailand’s Indigenous Karen people protested in front of the Ministry of Natural Resources and Environment Ministry on Friday trying to pressure the government to resettle Karen people displaced from the Kaeng Krachan National Park in Phetchaburi over a decade ago.

NGO’s, Activists and Indigenous Karen people submitted a petitioned Thailand’s Natural Resources and Environment Minister Varawut Silpa-archa, asking him to allow those displaced to return to the “Jai Paen Din” forest in the Ban Bang Kloi area of the national park.

The villagers lived in the Ban Bang Kloi area for generations, but they were forced to move out after the forest was designated a national park in 1981.

The state was criticized for the removal of the Karen people, but some chose to stay. Officials from the Department of National Park burned down 90 homes and rice barns and forced 140 villagers from the land in 2011.

In June 2018, the Supreme Administrative Court ordered the department to pay 10,000 baht to compensate six Karen villagers for destroying their huts. However, the court ruled the villagers could no longer live within the confines of the national park.

The evicted Karen villagers joined hands with rights activists in launching the #SaveBangKloi campaign on Jan 14.

On that day, 40 evicted residents launched the campaign by deliberately moving back to the area, setting up camps and cutting down trees in preparation to harvest the land.

Mr Varawut ordered a special committee chaired by officials, activists and Karen representatives to find a solution within three months.

Abhisit Charoensuk, a Bang Kloi Karen community coordinator, told the Bangkok Post in a phone interview that the group would return to protest in front of the ministry building again on Feb 15.

“I don’t think that going back to live in our ancestors’ habitat is something wrong. The Karen people have been tolerant in [being relocated]. It is their time [to receive] justice.”

Meanwhile, another local conservation group in Phetchaburi submitted a letter to the governor, demanding legal action against the 40 Karen villagers for felling trees and changing the forest ecology in the Jai Paen Din area.