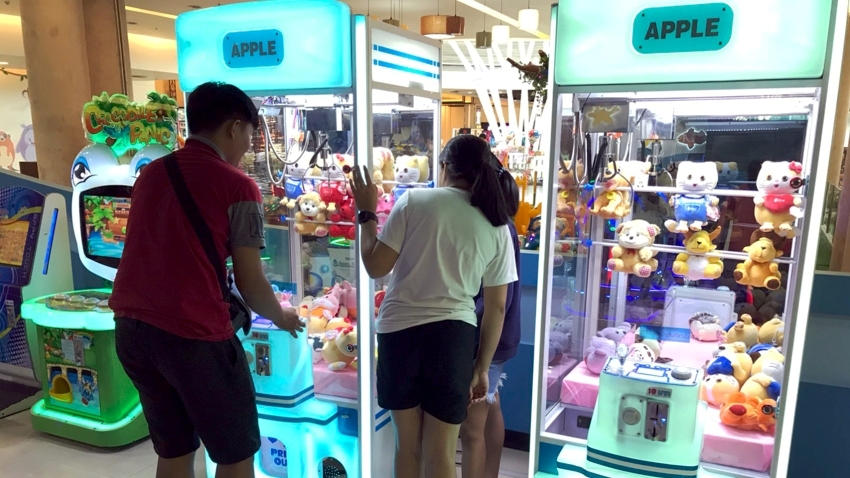 Thailand’s Interior Ministry has banned the arcade “crane claw” machines at many shopping malls, deeming them gambling tools. The order banning the machines was signed on Feb 19th was issued to all provincial governors to be enforced nationwide.

The order described two types of arcade game and machines; the claw crane machines where customers pay money to use a crane claw to pick from among a pile of dolls inside a glass display case; and the dispenser and game machines which customers operate using a token to obtain items from inside a case or play games on screens.

With the claw crane machines, customers slip a token worth 10 baht each time into the machine. Even more the players have no guarantee they will receive anything in return. Even more it was deemed as a game of betting between the players and the machines, anti-gaming atavists told the Bangkok Post.

As for the dispenser or game machines, the ministry determined customers always get something in return from them. Be it an item or enjoyment from playing the game. Furthermore these machines do not constitute gambling paraphernalia.

Ministry officials will inspect shopping malls. Operators of unlicensed machines will be given a warning or face arrest if they repeatedly ignore the warning.

Nutthapong Sampaokaew, a coordinator of the No Gambling Youth Club, said the machines are found in many shopping malls throughout the country. Also that young people have unrestricted access to them.

The coin-operated crane claw machines are very popular with thai Thai youth. They entice young children on working a crane claw to pickup toys inside a glass display case. As the youth have to pay and the prize isn’t guaranteed, its gambling, Mr Nutthapong said.

He also said the Gambling Act categories the machines as serving a betting purpose. A definition confirmed in a Supreme Court ruling. However, the machines operate freely at department stores and attract many youngsters.

Mr Nutthapong cited a survey it conducted in 92 shopping malls in 10 provinces including Bangkok. It found more than 1,300 machines are in place at 75 malls.